Another weekend of NFL is in the books, and this one was BIZARRE. Unders where there were supposed to be overs. Overs where there were lock unders. New England scoring 54 points, the New York Giants not just winning but dominating, Tom Brady and the Bucs pretty much ending the Justin Fields experiment in Chicago …

And those weren’t even the most interesting things to me.

This win against the Ravens, the biggest in 5 years, proves the franchise has turned around… Joey B and Jamarr are one of if not the best duo in football so yeah, Penei Sewell who?

The Bengals opened up as 6.5 point dogs against the Ravens on the road and tbh, it felt like a trap line. I couldn't tell who it was a trap for but I could smell the fishiness a mile away.

Baltimore, in theory, is one of the most difficult places to get a win and should have covered easily against a franchise that hasn’t won a playoff game since seven years before Google was founded.

The Ravens just destroyed the Chargers and that game showed me that their D could shut down elite quarterbacks, so yeah, I was worried for Joey and this suspect offensive line.

Just two weeks ago, Burrow was forced to go to a silent count because he physically couldn’t speak and later had to be (briefly) hospitalized.

But it appears Joey is taking the advice Aaron Rodgers gave him (you know, don’t play hero, and throw the ball away when you need to) and it has transformed the Bengals seemingly overnight. The signs were there, but this win shows that Cincy can now compete with anyone. 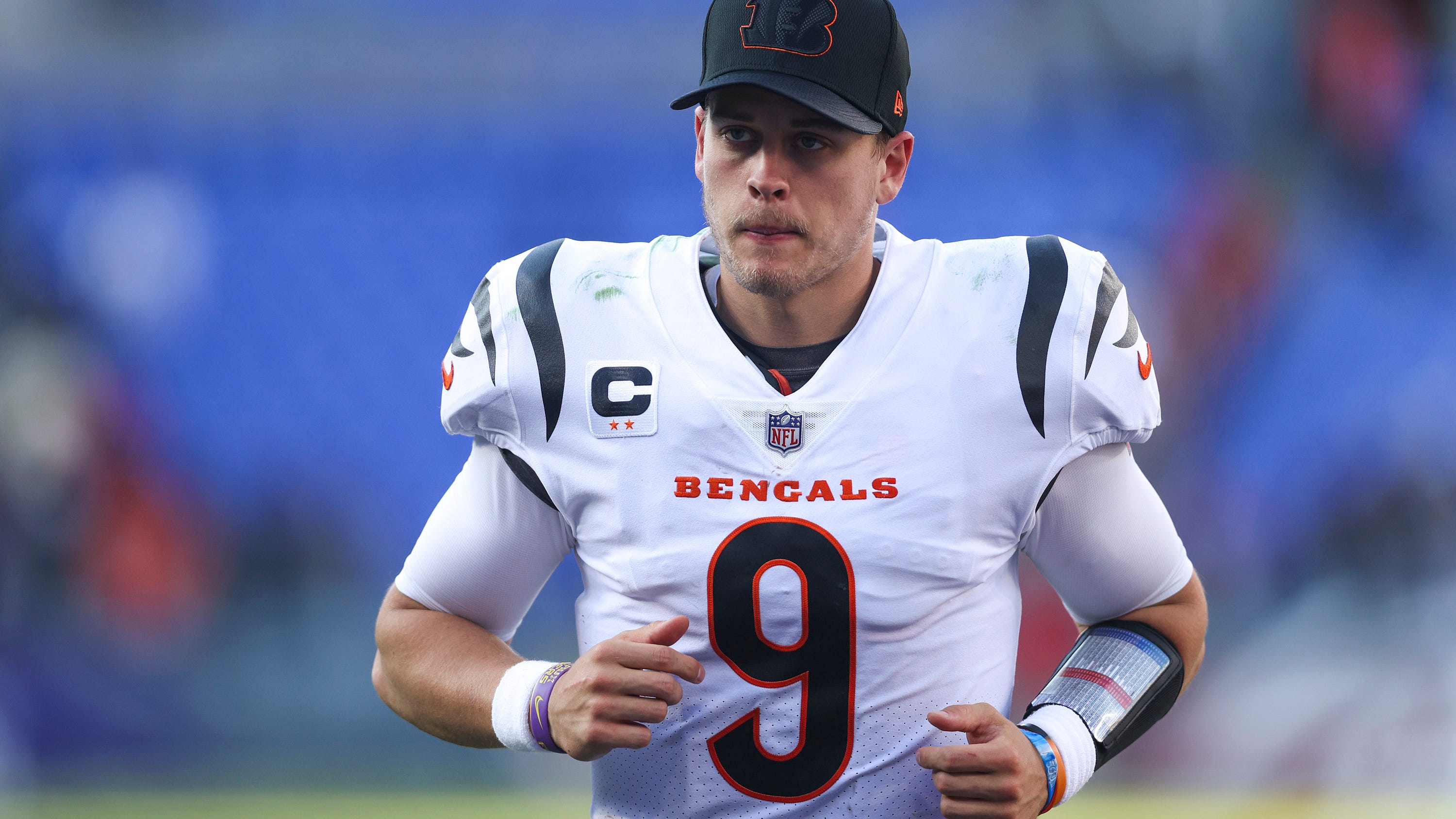 Joe Burrow: Stadiums 'way louder' in SEC than in NFL

It seems like a toddler in the jungle gym, they are playing against elite teams like the Ravens without fear. It’s like they don’t know they’re the Bengals. They think they’re a real football team.

And though everyone knows this Bengals offense can rip off chunk plays with the best of them when Joey has time, it was actually this Bengals defense that put the Ravens away. Even though only Buffalo, Denver, Arizona, and New Orleans have given up fewer points per game, no one believed in them.

Lamar Jackson had 88 yards rushing, but almost all of it was in the first half. Jackson was sacked 5 times and stopped twice on fourth down. Who/what are we even watching? This is night and day from how the defense looked a year ago when PFF had them as the sixth-worst defense in the league. They are giving up eight fewer points a game this year.

Could we be seeing something special? As someone who has never been even slightly interested in watching Bengals games and now considers them must-see TV, I sure hope so.

What happened to the Chiefs?

I’m going to say it. We all want to. The Chiefs are the biggest disappointment of this NFL season. And that’s not really a controversial statement.

Could the Chiefs defense be THAT bad that it imploded the franchise altogether? KC currently sits at 3-4, tied with the Broncos in the basement of their division.

But it really isn’t the record that’s concerning. It’s how they got here that should make everyone in Kansas City VERY alarmed. 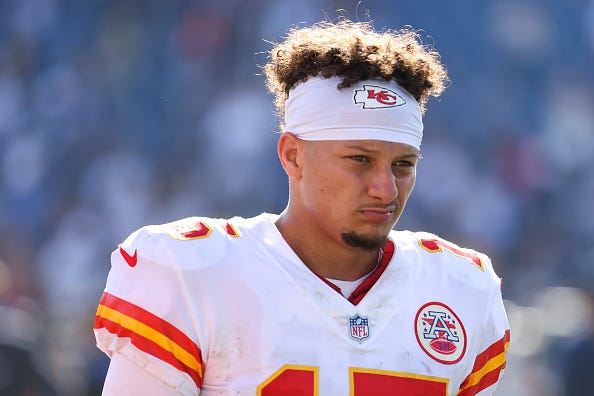 They have severely struggled in every single game this year, from an opening day comeback against the Browns to a win over the WFT that saw them continuously turn the ball over against a far inferior opponent. The WFT should have NEVER been in that game. Not for a single second after the opening kick.

I don’t think I’ve seen a team with this high of expectations fall off a cliff quite this drastically so quickly.

Can I ask the question we might all be secretly asking ourselves? Is there something going on with Pat Mahomes?

He and Zach Wilson currently lead the NFL in interceptions. 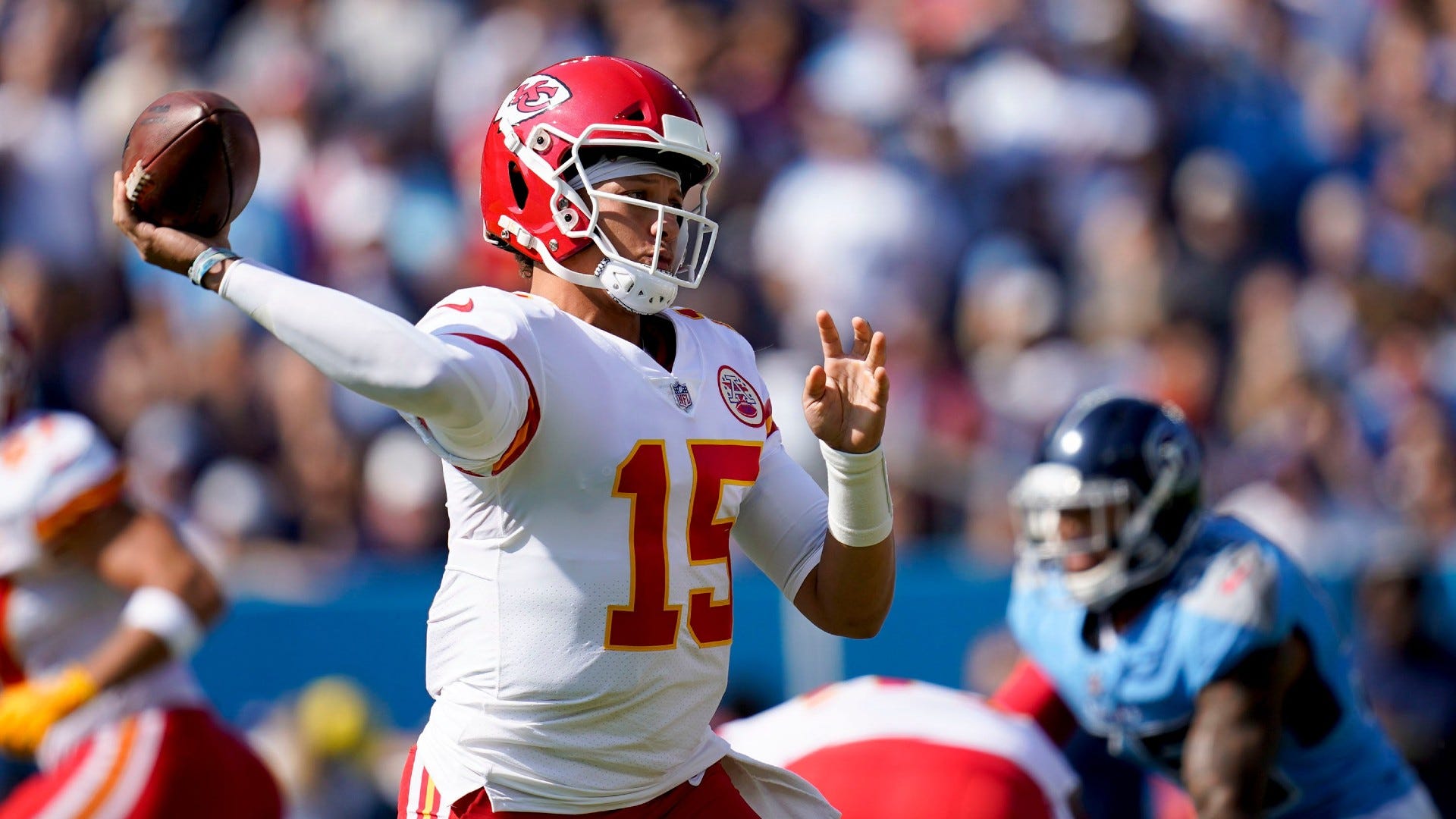 One of the many, many things that needs fixing is the turnovers. It’s like a low budget bakery in Kansas City right now. On Sunday, Mahomes was 20/35 for just 206 yards, one interception and even fumbled the ball. Truthfully, he looked out of sorts the entire game. While we’re at it, he looked out of sorts at times against the WFT too; he had two interceptions and one fumble there as well.

Woof. It’s one thing to look shaky against elite defenses but against Washington who ranks dead last in points given up per game?

That is not sustainable.

There’s still time to resurrect the season, but their margin for error is VERY thin. This isn’t a team decimated by injuries like the 49ers, they’re reasonably healthy, which means the problems are structural and those are a lot harder to fix than waiting for an All Pro to get off the IR.

We knew the Chiefs defense was bad. But the offense?

Didn’t see that one coming. 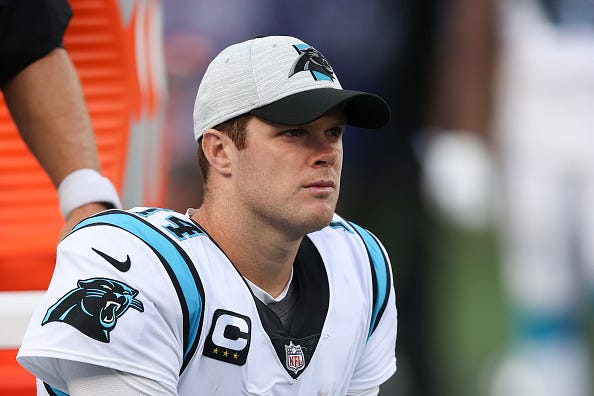 When you were a kid did you ever try to use a fake $20 dollar bill at your neighborhood corner store for snacks and had to sweat out the 30 seconds the cashier inspected your crinkly, dirty, counterfeit currency only to finally give you the look like “you and I both know this shit is fake.”

That is basically the feeling that Sam Darnold is going through. For the last three years, we’ve been carefully inspecting him without the suspicion that “this guy is not a real quarterback”.

And when he went to Carolina for those first few weeks, we were fooled just enough to accept his counterfeit money and let him pass. And then CMC got injured. And it all became clear.

While I don’t think he was THE problem in New York? It appears now that he might have been at least a part of the problem after all.

On Sunday’s game against the Giants, he looked absolutely like a Wish version of the Quarterback position and the most embarrassing part was that he looked worse than Daniel Jones who EVERYONE knows is not a good QB. Darnold was SO bad <a href="https://www.audacy.com/wfan/sports/giants/panth