Hear that? That glorious “cha-ching” is the sound of reckless free-agent spending, an annual rite of passage in the NFL. It won’t be long before cash begins flowing in all directions as top suitors bid for the newly single likes of Dak Prescott, Jadeveon Clowney and countless others seeking new destinations to stamp on their NFL passports.

The feeding frenzy will soon commence—free agency is slated for a 4 p.m. ET kickoff on March 18 while the legal tampering window opens two days prior. But backing up the Brinks truck for a top-flight free agent isn’t always the cure-all teams envision. To illustrate my point, here are five “trap” free agents teams should think twice about signing as this year’s spend-a-palooza looms closer. 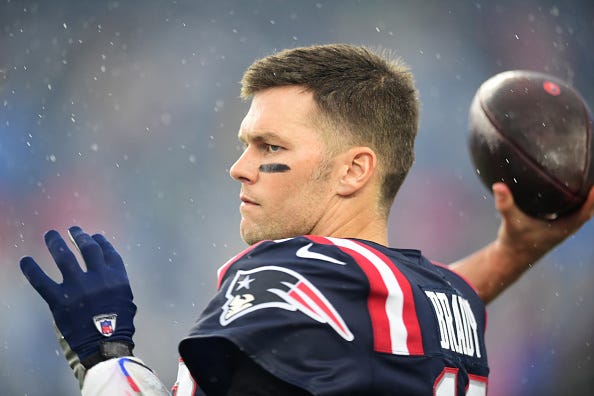 The living legend himself Tom Brady will make his free-agent debut this offseason. While the likelihood is that he remains a Patriot—New England still gives him the best chance to win, which has always been paramount to Brady—Touchdown Tom has offered no guarantees on the subject, fueling speculation the 42-year-old may be seeking a change of scenery.

We’ve seen plenty of dot connecting already with the newly-minted Las Vegas Raiders reportedly emerging as one of Brady’s top suitors. And though Brady’s iconic No. 12 would certainly move merchandise in Vegas, would he actually be an improvement on their current starter, Derek Carr? Carr is no one’s idea of a superstar but neither is Brady at this late juncture in his career. Brady was mid-tier at best in 2019, slumping to his lowest yards per attempt (6.6) in over a decade while seeing his run of 10 straight Pro Bowl nods come to an end.

Some will point to a middling supporting cast as the impetus for Brady’s struggles, but reality is the shoe-in Hall of Famer is in steep decline, an aging, immobile (even in his athletic prime Brady was never the fleetest of foot) star with little left in his NFL tank. Teams looking to address their quarterback deficiency need to be thinking bigger than a one or two-year stopgap, albeit one with six Lombardi Trophies perched on his living room mantle.

Early forecasts are calling for Teddy Bridgewater, he of 34 career starts (and only six in his last four seasons), to net as much as $30 million annually on the open market. That’s about the going rate for starting quarterbacks these days, but that’s still a jaw-dropping sum for a glorified game manager with a spotty resume (he’s never thrown for more than 14 touchdowns in an NFL season) and significant injury red flags.

The noodle-armed 27-year-old enjoyed some success in Drew Brees’ stead last season (5-0 in his absence), though even with all-world receiver Michael Thomas in tow, the 2014 first-rounder only cleared 300 yards passing on one occasion. Bridgewater could conceivably return to the Saints in hopes of succeeding Brees, who is surely nearing the end of his NFL journey.

But if the Louisville alum does decide to fly the coup, interested teams would be wise to temper expectations. In the right environment, Bridgewater can be a serviceable starter, but it’s doubtful he develops into a true franchise difference-maker.

Melvin Gordon will no doubt be chasing top-tier money when he enters free agency, but is the sixth-year rumbler really worthy of the lucrative salary he so desires? Gordon did himself a disservice with his 2019 performance, blinking first in his contract stare-down with Los Angeles, only to underwhelm in 12 lackluster games for the Bolts (3.8 yards per carry). Not only did the Chargers call Gordon’s bluff (he was quick to wave the white flag, ending his ill-fated holdout in late September), but the 26-year-old exposed himself as the weaker half of L.A.’s backfield tandem, paling in comparison to third-year dynamo Austin Ekeler (1,550 scrimmage yards, 11 touchdowns).

Gordon has certainly shown a nose for the end zone since arriving as a first-round pick in 2015 (47 career touchdowns), though he’s largely been a compiler, averaging over four yards per carry in just one of his five NFL seasons. Sprinkle in his well-known durability concerns—2017 is the only time Gordon has played a full 16-game slate—and what you have is a multi-million-dollar roll of the dice.

To quote DeAngelo Vickers of "The Office," whoever signs Gordon will either be making “the biggest mistake or the biggest good decision” of their life. Teams in the running-back market should be looking for sure things and the volatile Gordon is anything but that. 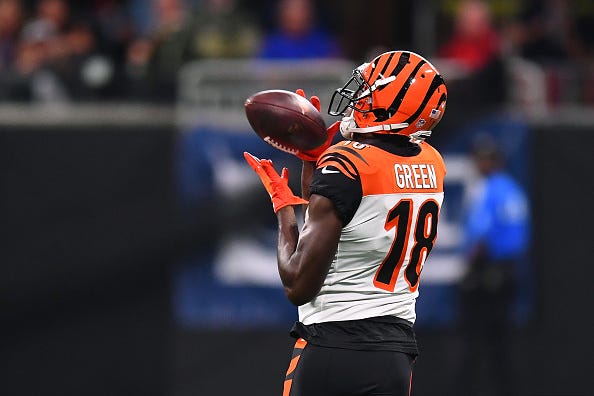 Outside of perhaps Amari Cooper (another big-ticket item destined to be overpaid), A.J. Green figures to be the top commodity in this year’s free-agent receiver class. All indications are that Green wants out of Cincy, though keeping him on the franchise tag (wideouts under the tag are due an estimated $18.49 million windfall in 2020) remains a distinct possibility.

Regardless of Green’s immaculate on-field track record—he has six 1,000-yard receiving campaigns to go with seven Pro Bowl tallies—the nine-year vet has rarely been healthy in recent years, missing all of 2019 following ankle surgery while also laboring through a toe injury that cost him seven more games in 2018.

The former fourth overall pick might make for an interesting reclamation project, particularly if he lands with a contender like the Patriots, though it’s equally likely they’ll be getting damaged goods. Green is certainly a name that fills seats but after years spending more time on the stationary bike than in pads, it’s anyone’s guess what he’ll bring to his next team.

You might be scratching your head upon seeing Derrick Henry’s inclusion on this list. To his credit, Henry did a lot right last season, steamrolling his way to an NFL rushing title (league-leading 1,540 yards on the ground) while guiding the upstart Titans to within a game of Super Bowl LIV. The former Heisman winner could command Zeke money as the clear-cut top back in this year’s free-agent crop (he alluded to this in a recent sit-down with NFL Network’s Rich Eisen).

Admittedly, Henry carries far fewer red flags than Gordon—he’s appeared in all but two games since entering the fold in 2016 and is coming off a year that saw him register 20 touchdowns along with over 2,000 yards from scrimmage (playoffs included). But given the short shelf life of ball-carriers, overpaying at running back has never been a sound practice (think the Rams regret paying Todd Gurley $60 million?) and Henry’s heavy mileage in 2019 (409 combined touches between the playoffs and regular season) makes him a prime regression candidate moving forward. It’s telling that both lead backs in this year’s Super Bowl—KC’s Damien Williams and Raheem Mostert of the 49ers—went undrafted out of college.

Henry’s size and speed combo proved overwhelming in the postseason where he racked up 377 yards rushing in upsets of the defending champion Patriots and top-seeded Baltimore, but his relative lack of receiving polish (57 career catches) makes him somewhat of an odd fit in today’s pass-centric NFL. Rather than being backed into a financial corner like the Cardinals, who made the mistake of overpaying David Johnson (a short-sighted gaffe that could keep them from re-signing Kenyan Drake), running-back-needy squads would be wise to focus on lower-cost alternatives instead of engaging in a pricey bidding war for the highly sought-after Henry.

music
Rebel Wilson shows off 60-pound weight loss in skinny jeans while dancing under the sun
news
Gold Star Mother Memorial to be dedicated on Mother's Day
news
US fuel pipeline company halts some operations after cyberattack
news
The best pellet grills you can buy in 2021
music
Tawny Kitaen, star of 'Bachelor Party' and Whitesnake videos, dies at 59
music
The ‘Modern Family’ cast, ranked by net worth