On Wednesday's edition of PFTPM, Mike Florio said that if the Jacksonville Jaguars knew what they know now, he thinks they might use the No. 1 overall pick on someone other than Trevor Lawrence:

"...Urban Meyer was at Ohio State. Justin Fields was at Ohio State. I think that the benefit of seeing what Justin Fields can do at the NFL level would have been enough to get Urban Meyer to pivot back to Justin Fields. Having that half of a season of laboratory experimenting to see what Fields is on the verge of becoming, I think that would be enough to get Meyer to say 'I want my Ohio State guy.' Even though I'm not suggesting that Lawrence is going to be a bust, I think that if he had that crystal ball and knew that Fields wasn't gonna be a bust, he'd have been more comfortable taking fields."

It should be noted that Florio did add the qualifier that it wouldn't be especially good television if he agreed with his co-host, Myles Simmons, who said he believes the Jaguars would still take Lawrence if given the chance to have a mulligan.

With that said, this doesn't appear to be an opinion dished out simply for the sake of being a contrarian. And it is interesting to consider because if there has been any suggestion from the masses that a quarterback other than Lawrence is the top rookie, it's been Mac Jones of the New England Patriots.

But while Fields does currently have four more interceptions (eight) than touchdown passes (four), he's managed to inject some life into an otherwise stagnant Matt Nagy offense in Chicago. Even if his passing statistics don't jump of the page, he has demonstrated an ability to make game-changing plays with his legs.

There is also the Ohio State connection that's worth considering, because often college coaches that make the jump to the NFL level tend to acquire players they either coached or coached against at the NCAA level. Meyer actually never coached Fields in college, but his plan to transfer from Georgia to Ohio State was announced shortly before the head coach elected to "retire from coaching."

So, it's an interesting discussion to have. The guess here is that the Jaguars would likely stick with Lawrence if offered the chance to do it all over again, but you never know with Meyer. Of course, if the Jaguars had a chance to undo the hiring of Meyer, they probably would take it. 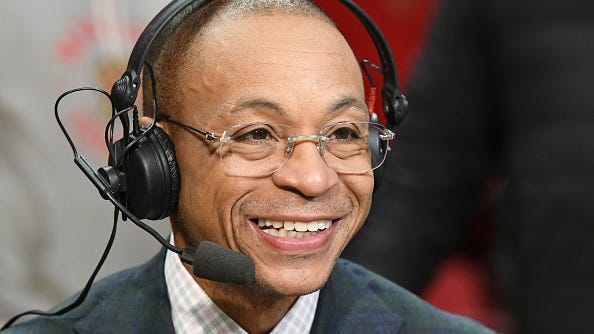