They say idle hands are the devil’s workshop. With the NFL Draft in the rearview mirror and offseason training effectively cancelled (COVID-19 continues to hover like a dark cloud), teams have more time than ever to contemplate their respective rosters. We’ve already seen an unusually high volume of blockbuster deals this offseason (Saturday’s bombshell trade of Pro Bowl tackle Trent Williams among them) and that trend figures to continue with plenty of unsettled depth charts and disgruntled stars threatening to wreak locker-room havoc. With that narrative in mind, here are seven dominoes we could see fall in the coming weeks. 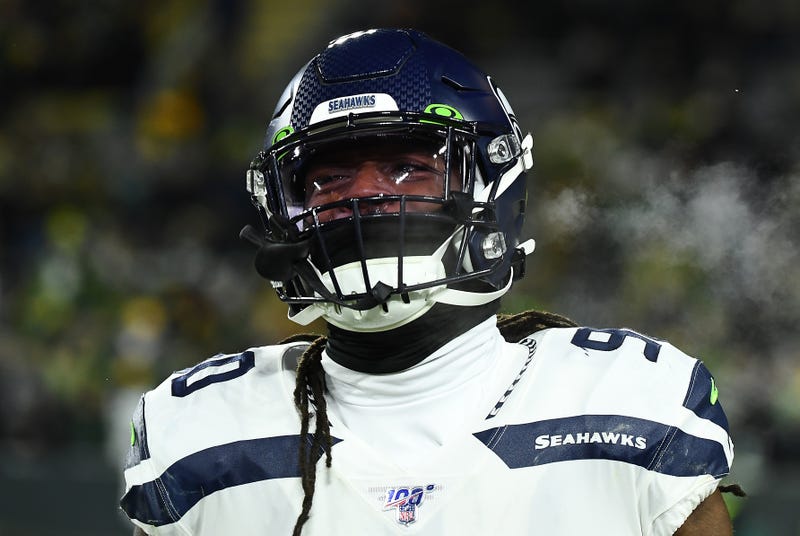 Clowney, a three-time Pro Bowler and former first overall pick, is still among the NFL’s unemployed. However, with the six-year vet reportedly lowering his asking price, that shouldn’t be the case much longer. Returning to Seattle on a short-term deal of the prove-it variety remains a distinct possibility, though the monumentally talented—albeit injury-prone—27-year-old has also been linked to Cleveland.

The Browns squandered a loaded roster en route to a disappointing 2019, but with a new coaching staff and offensive line in place, Kevin Stefanski’s crew appears determined to learn from last year’s mistakes. With $38.45 million in available cap space—the most of any NFL team—Cleveland certainly has the funds necessary to make Clowney a competitive offer. Adding another high-maintenance star to a locker room full of colorful personalities (Odell Beckham, Myles Garrett, Baker Mayfield and Kareem Hunt all come with significant baggage) could prove damaging, but if Clowney can mind his Ps and Qs in Cleveland, it would make the Browns a worthy challenger to Baltimore’s AFC North throne. 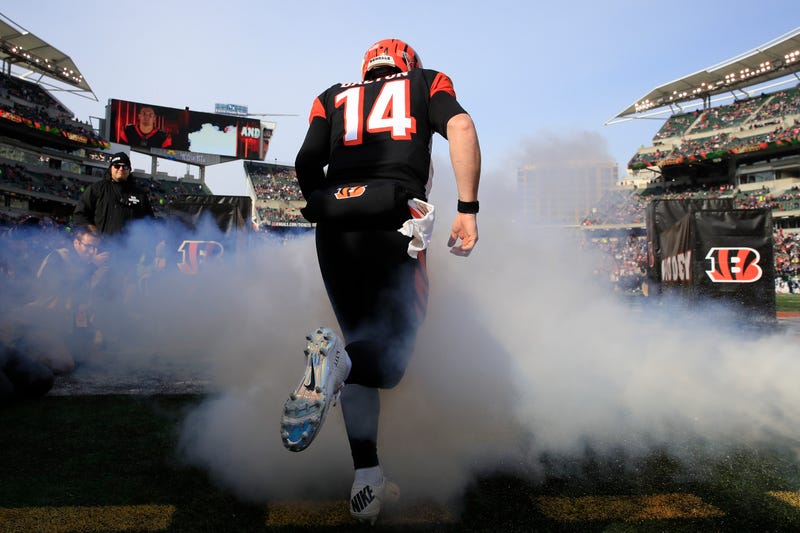 The Pats had endless chances to draft their quarterback of the future last weekend—Jalen Hurts was up for grabs at pick 37 before a little-known safety out of Division II “Lenoir-Rhyne” (which sounds like a George Costanza alias) caught their eye—but never ended up pulling the trigger. Bill Belichick’s refusal to address quarterback can be interpreted any numbers of ways—it could be a sign he’s bullish on fourth-round sophomore Jarrett Stidham or that the rebuilding Patriots are embracing a new “tank for Trevor” rallying cry.

But whatever New England’s plan is, it still seems highly unlikely that Darth Belichick would hand over a 20-year dynasty to either Stidham or career clipboard-holder Brian Hoyer. Cam Newton’s non-existent market would suggest the Patriots and others are waiting for him to receive a clean bill of health before pouncing. A reunion with Jacoby Brissett remains plausible, especially after seeing Indy add Jacob Eason to its quarterback stable over the weekend. But Dalton (who the Bengals made expendable with their selection of Joe Burrow last Thursday), may be the most interesting to Belichick, a low-tolerance disciplinarian who prefers high-IQ veterans over development projects and mouthy Prima donnas. Knowing New England, the ultimate smoke-and-mirror franchise, it wouldn’t be even the slightest bit surprising to see a Dalton-led Patriots team beg, borrow and steal their way to another division crown. 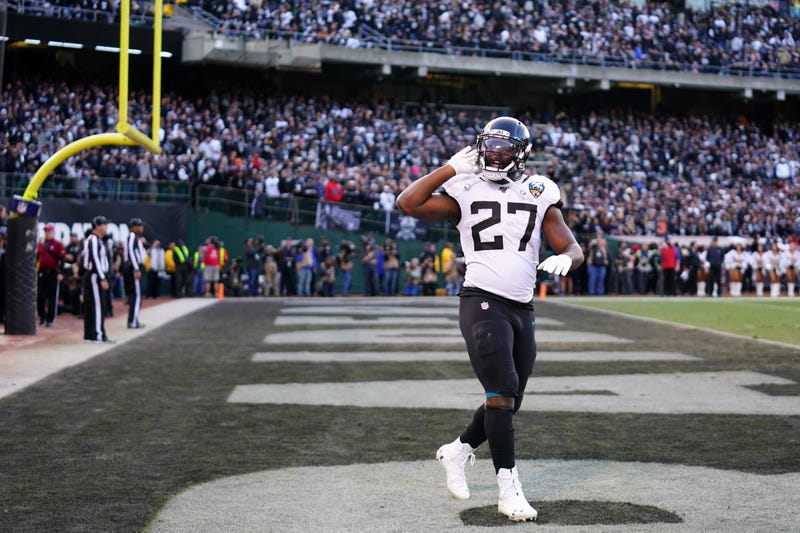 Between Tom Brady, Rob Gronkowski, Mike Evans, Chris Godwin and newcomer Tyler Johnson (an absolute coup for where the Bucs drafted him), Tampa Bay’s star-laden passing attack has “juggernaut” written all over it. Adding a franchise left tackle in Tristan Wirfs only adds to the Bucs’ growing mystique. But what the Buccaneers have yet to resolve is their current running back conundrum. Third-year USC product Ronald Jones has spent his early career fluctuating between serviceable and disastrous while third-rounder Ke’Shawn Vaughn of Vanderbilt—a soon-to-be 23-year-old with middling athleticism—probably wasn’t the drastic fix Bucs fans had hoped for.

With Tampa Bay’s title window as open as it will ever be, now might be the time for the Buccaneers to splurge on a big-name back like Leonard Fournette, a rough-and-tumble workhorse with good paws (career-high 76 catches last year) and a taste for the end zone (19 touchdowns in 36 career games). Does Jason Licht, currently riding the hot streak of all GM hot streaks, have Big Len in his sights? After pulling rabbits out of his hat all offseason, what’s one more phone call? 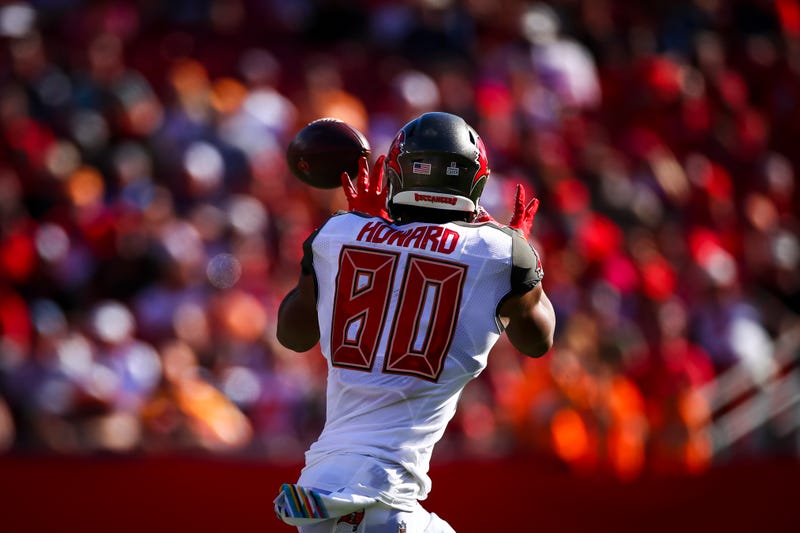 Maybe there’s a spicier landing spot out there for Howard, who was demoted to understudy status upon Rob Gronkowski’s sudden un-retirement last week, but Cincinnati could certainly use an upgrade at tight end after trotting out the underwhelming likes of C.J. Uzomah and Drew Sample last year. Despite their hideous record in 2019 (2-14), the Bengals’ offense is quietly well-equipped with reigning Heisman winner Joe Burrow under center, a trio of ace receivers in A.J. Green, Tyler Boyd and John Ross (even Auden Tate had his moments last season) and perennial 1,000-yard rusher Joe Mixon manning the backfield controls. Adding Howard, who spent last year in Bruce Arians’ doghouse, to Cincinnati’s offensive equation might give the Bengals enough firepower to push for a .500 record, if not a Wild Card berth with the NFL expanding to 14 playoff teams in 2020. 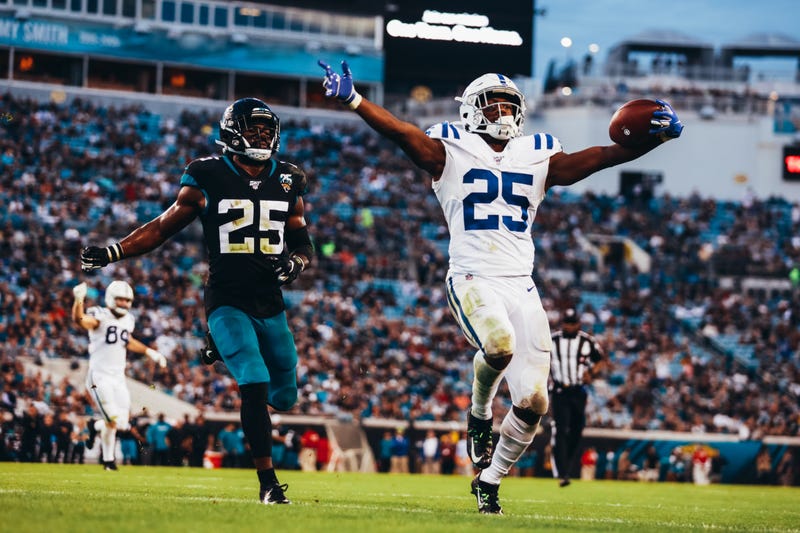 To quote Semisonic of “Closing Time” fame, “you don’t have to go home, but you can’t stay here.” That’s essentially the message Indianapolis sent to contract-year running back Marlon Mack after using a high draft pick (41st overall) on unanimous All-American and reigning Doak Walker Award winner Jonathan Taylor. Some repayment for Mack’s breakout 2019, a year that saw the South Florida alum produce the league’s ninth-highest rushing average (77.9 yards per game) along with eight touchdowns and nearly 1,200 yards from scrimmage. But the NFL can be a cruel business and sometimes all you can do is take your lumps.

While pairing the fourth-year hammer with Taylor, who finished his Wisconsin tenure as the fourth-leading rusher in FBS history, would give the Colts arguably the league’s most enticing backfield duo, the trade route seems more likely with Mack a goner at the end of his contract anyway. The Steelers didn’t do much to address their running back hole during the draft (fourth-rounder Anthony McFarland was apparently the best they could do) and Mack would represent an obvious improvement on injury-prone James Conner, who is also entering a walk year in 2020. Think of how painfully close Pittsburgh came to reaching the postseason with Ben Roethlisberger on the shelf and low-wattage third-stringer Devlin “Duck” Hodges pulling the levers at QB. Add Big Ben (quarantine beard and all) and Mack to that mix and you have an AFC dark horse in the making. Even with his contract uncertainty, the versatile Mack is a worthy rental. 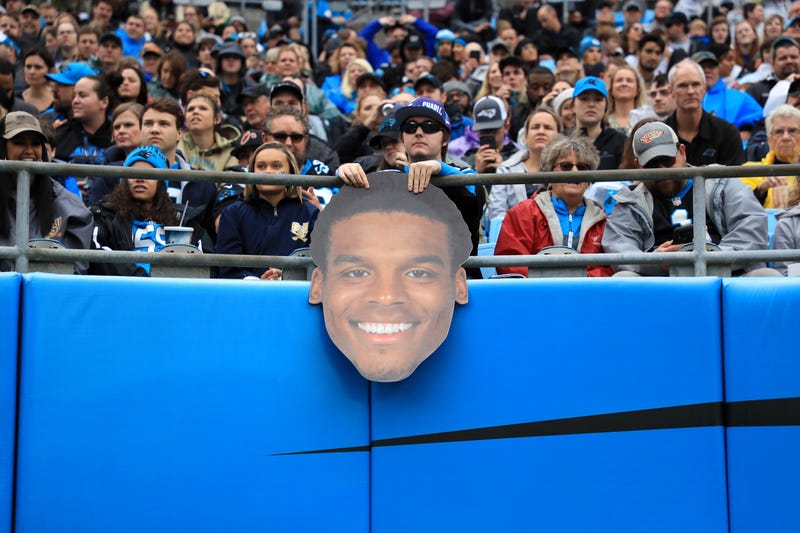 While joining the Jags may not represent the best business model for Cam—Jacksonville doesn’t exactly scream “marketing opportunities”—it would still beat the heck out of his current predicament, homebound and begging for NFL employment after losing his quarterback post to Teddy Bridgewater of all people. The injury concerns are real and Newton’s perceived diva tendencies have no doubt sullied his market. But the 30-year-old’s glistening resume, complete with three Pro Bowl invites, an MVP nod and Offensive Rookie of the Year honors, not to mention his college accolades (he netted a Heisman Trophy and a National Championship at Auburn) and nine years of NFL starting experience, cannot be dismissed.

When healthy, Newton is a transcendent talent, a huge, maddeningly mobile, bazooka-armed assassin with generational traits. Despite his inherent meme-ability and immense Internet following, mustachioed jort enthusiast Gardner Minshew is closer to a fringe starter than a franchise cornerstone. That may not be good enough for head coach Doug Marrone, who is one bad season away from the Jags’ chopping block. New England is the sexier gig but I bet Newton could be talked into Jacksonville. The Jags are coming off a productive draft (C.J. Henderson and K’Lavon Chaisson were good gets in Round 1) and boast a quietly deep receiving corps of D.J. Chark, Chris Conley and newcomer Laviska Shenault. This proposed alliance could be mutually beneficial, providing Newton a chance to resurrect his career in Duvall while perhaps allowing an increasingly desperate Marrone to live another day. 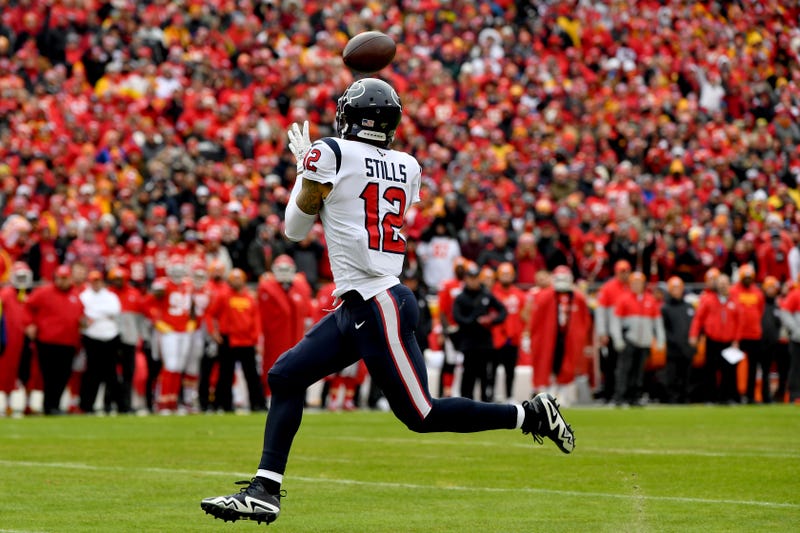 Smarter men than me have tried and failed to make sense of Green Bay’s inexplicable 2020 draft, a bizarre haul that included, among other missteps, last year’s FBS leader in interceptions Jordan Love (which could be construed as Matt LaFleur giving the finger to Aaron Rodgers), a one-dimensional power back (Boston College thumper A.J. Dillon) to steal from Aaron Jones’ plate and a tight-end reach (Josiah Deguara) to make up for the previous draft’s tight-end reach (Jace Sternberger). At no point did the Packers even consider upgrading their woefully misshapen receiving corps, a unit consisting of perennial Pro Bowler Davante Adams and a half-eaten bag of Doritos.

That should be grounds for impeachment, but perhaps GM Brian Gutekunst can redeem himself by pulling off a trade for Kenny Stills, who many see as a redundancy in Houston with similar downfield talents Brandin Cooks and Will Fuller already entrenched as starters on the outside (DeAndre Carter and Keke Coutee are unlikely to challenge Randall Cobb’s slot throne any time soon). Stills isn’t a cure-all but he’s at least an established starter with 36 touchdowns to his NFL credit. With free agency on the horizon in 2021, it shouldn’t take more than a late-rounder to pry the underappreciated Stills away from the Texans.