The inherently limited shelf life of NFL running backs (the result of early-career mileage) makes it arguably the sport’s most expendable position. For that reason, ball-carriers are more likely to explore free agency than other skill-position players (franchise quarterbacks are rarely if ever available), but even by running back standards, next year’s presumptive free-agent crop will be unusually robust. Just look at this madness, via ESPN’s Field Yates:

No need to crunch the numbers—I already did. The 14 players included in Yates’ tweet have combined for 15 1,000-yard rushing seasons, 12 Pro Bowl appearances and 398 career touchdowns. Not all will experience the thrill of free agency—Kamara, among others, seems likely to sign a lucrative extension while Cook and Mixon are both logical candidates for the franchise tag. But even if Kamara and others come off the board, next offseason is still going to be mayhem. In a class flush with backfield riches, which free-agent talent will move the needle most? Let’s discuss.

Originally ranked second on the list, Derrick Henry was removed after agreeing to a four-year, $50-million extension prior to Wednesday's 4 PM ET deadline for franchise-tagged players. 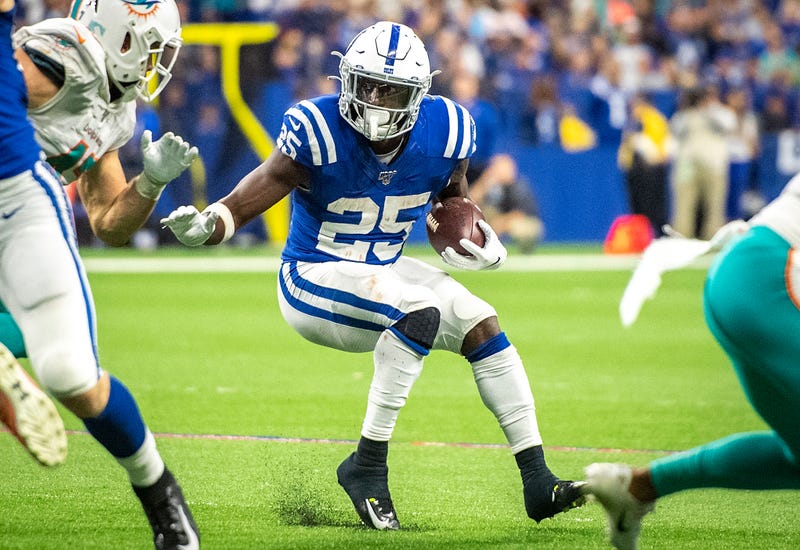 Detractors have exposed the fourth-year USF product as both injury-prone and a below-average pass-catcher, shortcomings that may have contributed to Indianapolis selecting three-time All-American Jonathan Taylor with the 41st overall pick in April’s draft. Despite these glaring flaws, we can’t dismiss Mack’s goal-line acumen (18 combined touchdowns over his past two seasons) or the fact his 1,091 rushing yards last year were the most by a Colt since 2005. Mack won’t break the bank in free agency, particularly in a class with so many other appealing alternatives, but he’s still just 24 and more than capable of leading an NFL backfield. With Taylor primed for workhorse status (though maybe not initially) in Indy, don’t be surprised if GM Chris Ballard shops Mack ahead of this year’s trade deadline.

I’m a big believer in Lindsay, a Denver native who played his college ball in nearby Boulder. The 5’8,” 190-pound Lindsay has overachieved since joining the Broncos in 2018, clearing the 1,000-yard hump in each of his two seasons. Still, Lindsay’s age (he turns 26 next week) and the presence of former Chargers bell-cow Melvin Gordon complicate his future in the Mile High City. Teams may be of the opinion Lindsay is better suited as a committee back, but even in a situational role, the former UDFA still has plenty to offer.

Last year was tough sledding for the 24-year-old North Carolina A&T alum, but it’s far too early to close the book on Cohen, who exploded for 1,169 yards (444 rushing, 725 receiving) and eight touchdowns as the Robin to Jordan Howard’s Batman in 2018. The jack-of-all-trades also garnered recognition as an All-Pro return specialist during his breakout sophomore campaign. Cohen’s 5’6” frame will likely prevent him from ever achieving true feature status, though his elite speed (95th-percentile 40-yard dash) and considerable receiving chops would make him a worthy addition to any NFL backfield. 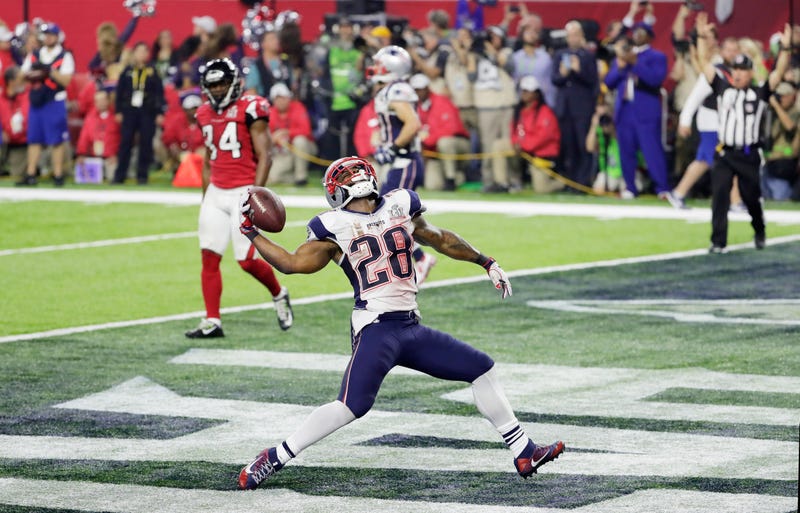 No, White has never graced the Pro Bowl with his presence or even eclipsed 500 rushing yards in a single season. But he’s won a trio of Super Bowls (he helped the Patriots erase a 25-point deficit with three touchdowns including the game-winner against Atlanta in 2017) while consistently ranking among the better pass-catchers at his position (320-2,809-24 on 435 career regular-season targets). It’s hard to see White playing anywhere but New England, but at one time the same was said of both Tom Brady and Rob Gronkowski, now members of the Tampa Bay Buccaneers. White has always been a role player for the Pats, but as Brady and others would attest, the role he serves is of seminal importance.

Conner’s emergence in 2018 (1,470 yards from scrimmage, 13 total touchdowns) made disgruntled Le’Veon Bell expendable, but last year’s regression has predictably raised doubts about his NFL longevity. The 25-year-old hasn’t exactly been a model of durability, logging a combined 11 absences over his first three seasons. Pittsburgh’s investment in fourth-round rookie Anthony McFarland would suggest the front office already has a succession plan in place, though we’ll see if Conner’s physical transformation (he looks like some unholy hybrid of the Hulk and Dwayne Johnson) helps his chances of remaining in the Steel City beyond 2020.

The underachieving Fournette hasn’t lived up to his first-round billing, contributing an anemic 3.69 yards per carry over his first two seasons (he averaged a slightly more respectable 4.3 yards per attempt in 2019) while further fueling concerns over his questionable conditioning and durability (12 career missed games). The Jaguars declined Fournette’s fifth-year option for 2021, indicating the team isn’t particularly enamored with the former fourth overall pick. That being said, Fournette has typically delivered strong counting stats when healthy, crossing the 1,000-yard rushing barrier on two occasions while also leading the Jags with a career-best 76 catches last year (albeit on a meager 6.9 yards per reception). The LSU alum could conceivably benefit from a change of scenery—misguided coaching and subpar quarterback play has consistently hung him out to dry in Jacksonville—but we’re still waiting for Fournette to make his long-awaited transition from empty stat compiler to a legitimate NFL difference-maker. 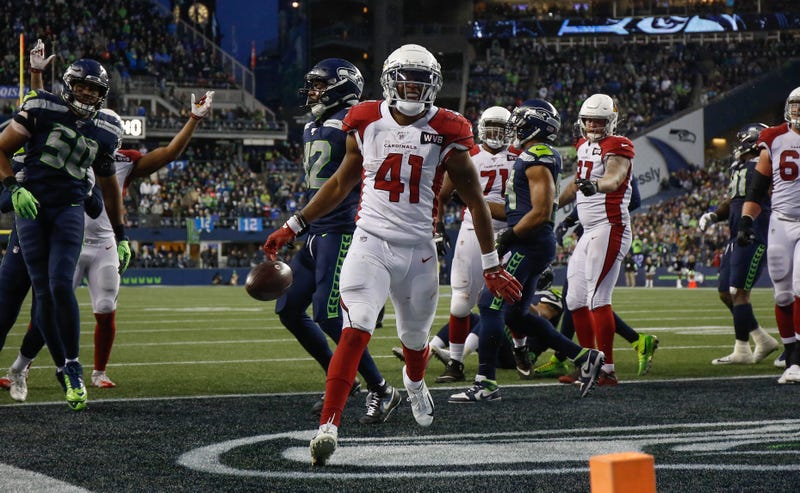 There’s reason to be wary of Drake, a career backup (even in college he never rose above handcuff status in a stacked ‘Bama backfield) who unexpectedly wrangled starting responsibilities away from incumbent David Johnson upon his arrival at last year’s trade deadline. Some may look at Drake’s inexperience, at least in a feature capacity, as a red flag, though others might see his scant usage (his career-high in carries is only 133) as a strength. While other running backs his age are already running on fumes, the relatively untapped Drake still has plenty left in his NFL tank. The 26-year-old went ballistic down the stretch last season, erupting for 413 yards (363 rushing, 50 receiving) and a remarkable seven touchdowns over his final three games for Arizona. Soon we’ll find out if last year’s explosive finish was Drake’s new normal or a mere flash in the pan in an otherwise pedestrian career.

After spending his first two seasons mired in a frustrating timeshare with Jamaal Williams, Jones finally freed himself from his committee shackles last year, earning alpha status by bludgeoning his way to a league-high 19 touchdowns (16 rushing, three receiving) for the NFC North Champs. Rather than reward Jones for his breakout 2019, the Packers made his seat hotter by adding second-round Boston College bruiser A.J. Dillon to the team’s ensemble. Dillon could serve as valuable depth, or perhaps the Packers envision him as the eventual heir to Jones’ backfield throne. Either way, the 25-year-old UTEP grad will have plenty riding on the upcoming 2020 campaign.

Even in a down year, and last season would certainly qualify as that (career-low 857 rushing yards), Gurley still scored in bunches, putting another 14 end-zone trips on his NFL odometer. Gurley was quick to land on his feet after getting dumped by the Rams, joining the Falcons on a one-year prove-it deal hours later. The three-time Pro Bowler boasts an exquisite resume (70 combined rushing and receiving scores, three All-Pro selections, Offensive Rookie of the Year and Offensive Player of the Year honors), though a chronic knee condition continues to hamper his long-term prospects. Facing a career crossroads, it’s put up or shut up time for Touchdown Todd. 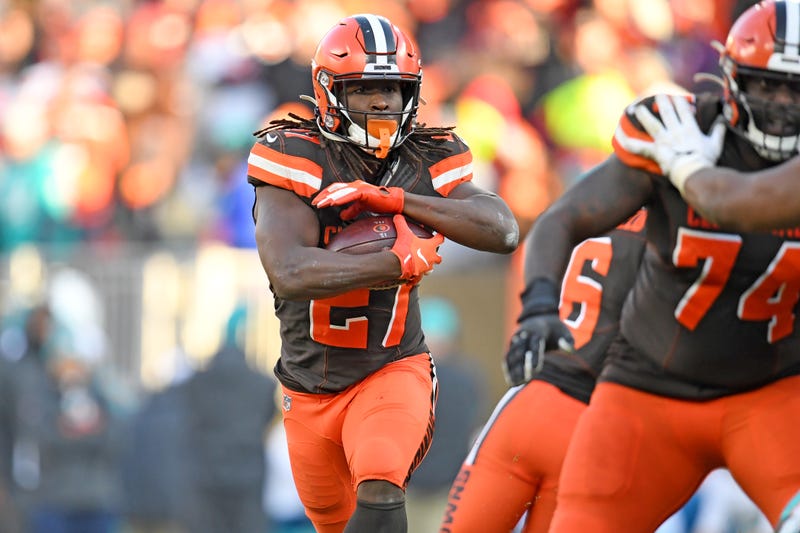 Slotting Hunt, who averaged just 10 touches per game as Nick Chubb’s backup last season, above the prolific likes of Gurley and Jones may seem overly ambitious. But let’s not forget what he accomplished early in his career with Kansas City. Hunt led the league in rushing as a rookie and was having an even better sophomore campaign in 2018 (14 touchdowns in only 11 games) before the release of his infamous assault tape, which prompted the 24-year-old’s immediate release and subsequent eight-game suspension. Still among the most talented and versatile backs in football, if Hunt can walk the straight and narrow in Cleveland, he should attract plenty of starting interest on the open market next offseason.

Cook offered us a glimpse of his sky-high potential last year, pillaging his way to a career-high 13 touchdowns and over 1,600 yards from scrimmage. The former Florida State Seminole has all the qualities you’d ever want or need in a backfield staple—a nose for the end zone, soft mitts (53-519-0 receiving line last season), elite efficiency (career 4.6 yards per carry) and ideal measureables (5’10”/210). Unfortunately, he’s also made of glass, having suited up in just 29 of a possible 48 regular-season games since making the leap from Tallahassee to the pros in 2017. Cook is threatening to hold out of training camp, but language in the new CBA makes that a risky proposition. Minnesota’s fourth-year hammer is a killer whenever he’s in uniform. The Vikings just wish that was a more frequent occurrence.

Aside from the whole “society crumbling amid a global pandemic” aspect of 2020, this upcoming season—Mixon’s final one under his current rookie contract—has the potential to be the 23-year-old’s best yet. The former Sooner isn’t exactly an unknown. After all, he’s coming off consecutive 1,000-yard rushing seasons, a feat no Bengal had accomplished since the late Cedric Benson, who strung together a trio of 1,000-yard campaigns from 2009-11. But with Joe Burrow under center and a supposedly healthy A.J. Green lining up outside, not to mention the addition of second-round standout Tee Higgins to what was already a stout receiving corps, Cincy’s offense under second-year coach Zac Taylor promises to be a well-oiled machine this season. The lack of offseason reps could present challenges amid so many moving parts, but at least on paper, the Bengals look poised to keep scoreboard operators busy, potentially paving Mixon’s path to free-agent riches in 2021. 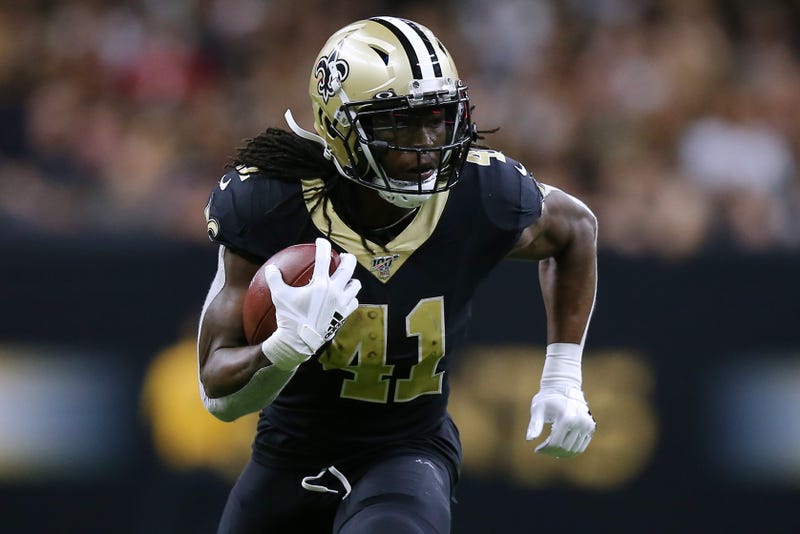 An unheralded third-round draft choice out of Tennessee (he transferred there after failing to crack the rotation at Nick Saban’s running back factory in Tuscaloosa), Kamara has been a monster find for New Orleans, garnering Pro Bowl nods in each of his three NFL seasons. It’s debatable whether he deserved one playing through injury last year (career-low 1,330 yards from scrimmage, six touchdowns in 14 games), but between his receiving expertise (243-2,068-10 on 302 career targets), immaculate efficiency (lifetime 5.0 yards per attempt) and age (he’ll be 25 next week), the ultra-talented Kamara still checks most free-agent boxes. Rather than take the “use him and lose him” approach as most teams do with running backs on rookie deals, the Saints have wisely used the former Offensive Rookie of the Year in moderation, saving bullets by limiting him to 120, 194 and 171 carries the past three seasons. With Henry locked into a long-term deal with Tennessee, Kamara is now unquestionably the top prize available in next year’s free-agent feeding frenzy.

music
Ewan McGregor's daughter Clara shows up to red carpet with fresh dog bite on her face
music
Foo Fighters warming up for MSG with intimate, vaccinated show in Los Angeles
news
Xbox announces holiday release of chilling new product
music
16 movies to watch for Father’s Day
music
Dr. Dre is opening his own high school to reach 'the inner-city kid, the younger me'
music
Ludacris is bringing us an animated series inspired by his daughter