John Harbaugh turned heads when he angrily breached an official's personal space while his gaiter wasn't covering his face -- but the Ravens coach insists he and his team are doing a bang-up of observing coronavirus protocols.

The NFL on Wednesday reminded teams yet again that they better adhere to measures implemented to curb the spread of the virus, such as wearing facial coverings and practicing social distancing -- this after yet another week in which several coaches and other team personnel were seen frequently removing their masks to talk to others or for fresh air. 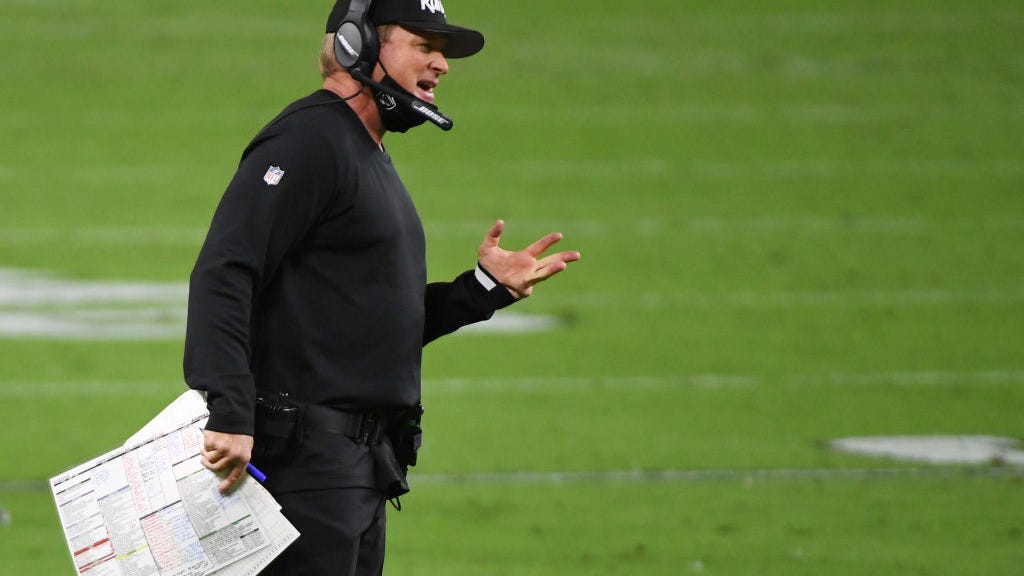 Report: NFL could strip teams of draft picks, hand down suspensions if mask protocols are not followed

The most obvious example came on Monday Night Football, when a frustrated Harbaugh unloaded on an official over a call.

The league's latest memo didn't include any specific reference to Harbaugh or any other team, but it wasn't hard to envision him or the Ravens being slapped with a fine -- or worse -- as several teams were last week.

The 13-year veteran coach told ESPN that the league was asking too much of team personnel if the expectation is that they never remove the masks.

“I don’t think there is anybody better than us, me or our staff, from the beginning of the game to the end of the game,” Harbaugh said.

“To think in a three-hour heated competitive environment — especially when you’re yelling -- that your mask isn’t going to fall down for five to 10 seconds? I don’t think anybody could be held to that standard.”

While it's not clear exactly how the league is evaluating potential mask violations, incidents like Harbaugh's -- which occurred during a primetime national broadcast -- are easy to spot.

To top it off, the fired-up Harbaugh appeared to be dangerously close to bumping the official with his chest, potentially exposing himself to an ejection.

John Harbaugh wants to set a record for coaches fined for not wearing a mask while yelling at a ref #MNF pic.twitter.com/04DKjVoCJu