The NFL Conference Championship games are set, as the final four teams remaining are one step away from going to Miami for Super Bowl LIV.

However, four more teams went home this weekend as they watched their Super Bowl dreams come crashing to a sudden end in the Divisional Round.

Some teams — such as the Minnesota Vikings — shocked many just by getting this far into the playoffs. Other teams — such as the Baltimore Ravens — were left stunned at what went wrong following a regular season that looked poised to end with a championship.

Regardless of expectations, each team finds itself in the same boat — figuring out what went wrong and what the next steps are for the franchise.

RELATED: WHAT LIES AHEAD FOR WILD CARD WEEKEND LOSERS

Oh, how it all came crumbling down so quick for the Texans. Houston looked ready to upset the Kansas City Chiefs by jumping out to a 24-0 lead, only to falter in a 51-31 loss. Much of the blame will fall on Bill O’Brien and defensive coordinator Romeo Crennel. O’Brien made some questionable decisions that arguably cost the Texans the game. His coaching combined with the draft picks he sacrificed this year in order to make a Super Bowl run will have to be something Texans ownership evaluates closely. Crennel is an interesting case because they could have him be the fall guy, although he also oversaw one of the best secondaries in the league and kept the unit together despite the losses of Jadeveon Clowney and J.J. Watt. It may be unfair to let one game define his season, as historically bad it might have been. 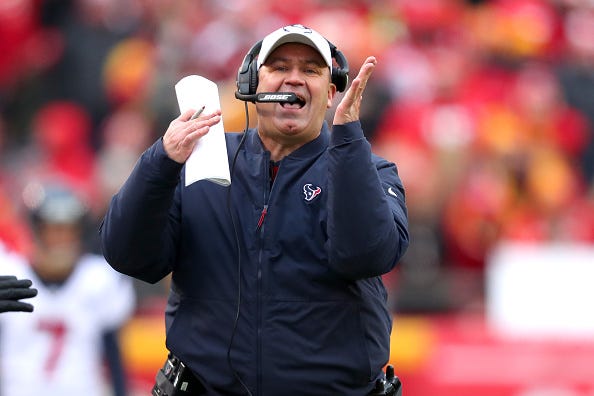 Meanwhile, an identity crisis could be looming in Houston. Deshaun Watson and left tackle Laremy Tunsil are entering their final seasons of their rookie contracts and will demand big bucks with either an extension or in free agency next year. Any long-term deals with free agents must keep that in mind. They also have just one pick in the first two rounds of the next two drafts (2020 second-rounder) putting them at a disadvantage to build through the draft with cost-effective players. The Texans should have enough key pieces returning in 2020 which should allow them to compete. But with scarce draft capital and big paydays ahead for Watson and Lunsil, the long-term outlook is a little concerning and the Texans may have just squandered their best opportunity at a Super Bowl run.

The Seahawks did too little too late in a 28-23 loss at Lambeau Field to the Green Bay Packers on Sunday and now turn their attention to the offseason. Seattle has certainly been one of the more stable organizations over the last few recent years, and a large part of that is Russell Wilson gives them a chance to win every time he takes the field. Yet, the Seahawks have not had the same kind of defense that they boasted during their back-to-back Super Bowl appearances — and this offseason they will need to address their pass rush.

Jadeveon Clowney was brought in to bolster that area, but he was hurt and inconsistent during the regular season. Now, he is set to hit free agency and after receiving assurance from Seattle that they would not tag him after the season, he is likely going to test the open market. Seattle could try to retain him, but he will likely cost as much, if not more, than Frank Clark — whom they let walk in free agency. With a late first-round pick, not ideal to find a game-changing pass rusher, Seattle will have to look elsewhere in free agency or find another means to land a pass rusher.

The Ravens were unquestionably the best team in the AFC this season, but they ran into the buzzsaw that is the Tennessee Titans and were left with the same sour taste in their mouths after last year’s Wild Card Weekend loss to the Los Angeles Chargers. While it may feel like the Ravens squandered a season that seemed destined for a Super Bowl, things still remain bright. Despite some mistakes in the Divisional Round loss, Lamar Jackson took an enormous step forward this season, putting together a magical MVP regular season and proving he is one of the top tier quarterbacks in the league. 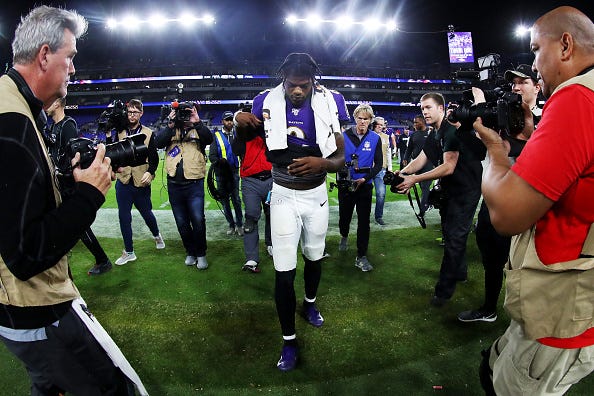 Jackson is only 23 years old and has three years remaining on his rookie contract. The Ravens also have Joe Flacco’s contract coming off the books. Those two things combined give them plenty of financial flexibility to fine-tune the roster and keep the team’s core together. They should be able to re-sign key players, such as CB Marlon Humphrey and LT Ronnie Stanley, but the biggest piece to keep an eye on is if the Ravens will be able to bring back edge rusher Matthew Judon. The 27-year-old is coming off a career-best 9.5 sack season and figures to score a lucrative deal as an unrestricted free agent. Baltimore let Za’Darius Smith walk last year, but could they afford to let another elite pass rusher walk out the door? Judon is certainly a franchise tag candidate as it’s hard to imagine Baltimore would want to see him go.

After missing the playoffs last season, the Vikings were back for the first time with Kirk Cousins as quarterback and took down the New Orleans Saints in the Superdome — no easy task — but fell short to No. 1 seed San Francisco 49ers after a mind-boggling game plan that included just nine carries from Dalvin Cook. Now, the Vikings will turn the page on what needs to improve on their roster, but also have a lot of decisions to make this offseason. Cousins, Cook, head coach Mike Zimmer and GM Rick Spielman all are entering the final seasons of their contracts. Zimmer and Spielman had options exercised for 2020, but will they enter the season with a lame-duck status? Cousins, while he made some big plays in the win over the Saints, still has some question marks surrounding him so perhaps the Vikings see what he can do in his final year.

Meanwhile, Cook just had the best season of his career and was the focal point of the offense, but is set to make just $2 million next season. He now has the leverage to threaten a holdout unless he receives an extension.  Figuring out his future will undoubtedly be a top priority for the Vikings.

The Vikings will also now need a new offensive coordinator after Kevin Stefanski accepted the head coaching position with the Cleveland Browns. So it will be a busy offseason in Minnesota as they try and figure out who to invest in for the future of the team.