Could Sunday’s Wild Card matchup against the Dallas Cowboys be Jimmy Garoppolo’s last rodeo with the 49ers?

The Jimmy G era is likely one loss away from being over, as rookie quarterback Trey Lance is awaiting his opportunity in 2022. According to NFL Media’s Ian Rapoport, the 49ers are committed to a transfer of power from Garoppolo to Lance this offseason.

"My understanding is the 49ers are still committed to first-round pick Trey Lance as their starter moving forward," Rapoport said, via NFL Network Sunday morning. "Which means they are expected to explore trade options for Garoppolo. And for his part, he really seems to be soaking it in and savoring this moment."

The @NFLGameDay Notebook with @MikeGarafolo & @TomPelissero: The #49ers are still committed to Trey Lance as their future QB; #Bills coordinators are poised to strike at the right time; #Raiders coach Rich Bisaccia’s future; #Bucs coach Bruce Arians: “I’m coaching till I can’t.” pic.twitter.com/0P2kUvKcoD

ESPN’s Adam Schefter sent out a tweet that was widely panned for its Jimmy G-heavy PR slant Sunday, noting Garoppolo’s rise in trade value over the past couple months. But there's some merit to it.

During the second half of this season, Jimmy Garoppolo simultaneously has raised his value to both the 49ers and to other teams in the off-season trade market. 49ers would not be where they are today without him.

Garoppolo has led the 49ers to a 7-3 record in his past 10 starts, throwing for 2,704 yards, 14 touchdowns and eight interceptions in that span.

Garoppolo is playing through a torn ligament and small fracture in his thumb. After rewarding coach Kyle Shanahan for his loyalty in Week 18 with an overtime victory, Garoppolo admitted that his uncertain future with the franchise has weighed on the back of his mind all season.

49ers general manager John Lynch told 95.7 The Game's "The Morning Roast" Friday that he's been proud of the way Garoppolo has handled this season while mentoring Lance.

“It's been awesome to watch Jimmy and Trey develop their relationship," Lynch said. "I give Jimmy all the credit for that because it woulda been easy to say, 'Hey, get out of my room.' Instead, he's done nothing but help the kid. It's been awesome and I think that's kinda representative of the feel that this team has for each other. We all have each others' backs. That's what makes you feel so confident going into this playoff run." 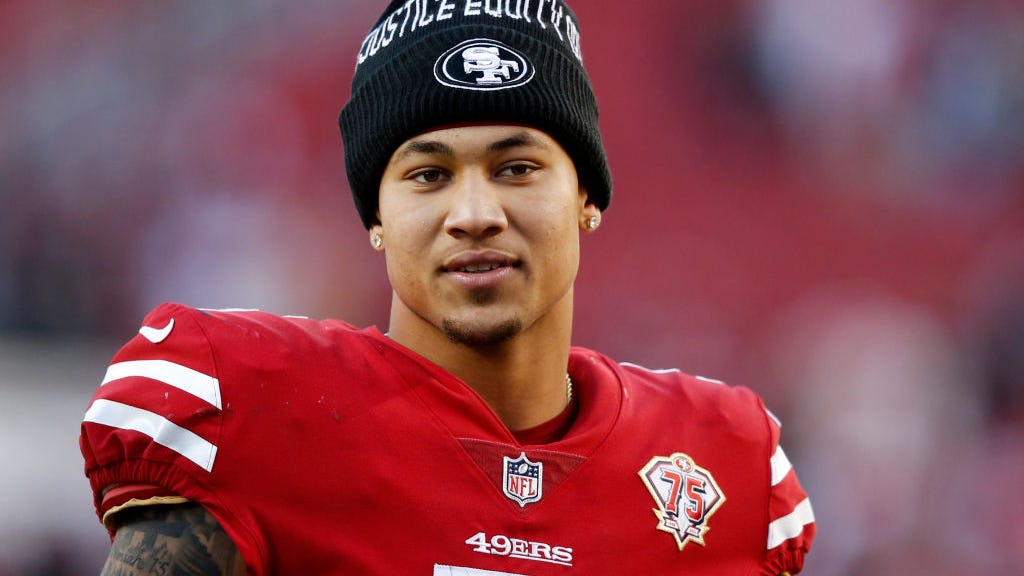