The Dallas Cowboys happen to be a pretty polarizing team entering the 2021 season. What will Dak Prescott look like? Should Ezekiel Elliott be the starter? How will Mike McCarthy do in year two? Will they be able to win the NFC East, a division that's about as wide open for the taking as any? Why isn't HBO showing more Jerry Jones on "Hard Knocks" this year?

According to Michael McCarthy of Front Office Sports, the network is considering making a deal to bring the Hall of Fame wide receiver and longtime Dallas Cowboy on to be a guest debater with Smith. This news comes on the heels of Max Kellerman leaving the show after nearly five years, which the New York Post's Andrew Marchand says was Smith's wish. 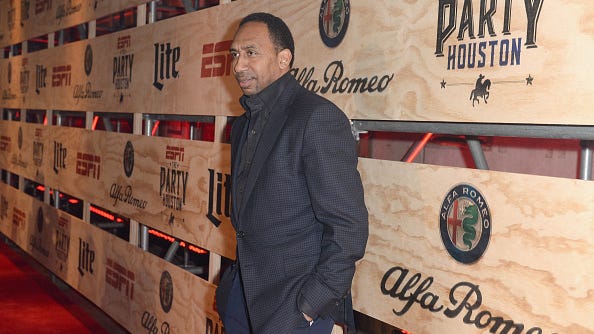 As McCarthy noted, "First Take" host Molly Qerim Rose once said that Irvin was Smith's "biggest rival" out there thanks to their many screaming matches regarding the Cowboys. It seems like it's a yearly occurrence, and now it seems like they might become more of a regular occasion. Enjoy this clip from 2017, and know that there have been others of a similar (or higher) magnitude since then.

However, Irvin wouldn't become the new Kellerman of "First Take." Instead, a source told McCarthy that the format would be more of a "Stephen A. vs. the world" sort of deal, with a rotating series of guest debaters. Others who were mentioned as possible screamers across the way from Smith are Marcus Spears, Keyshawn Johnson and Jay Williams.

Though we don't know exactly what the future of "First Take" will look like, it doesn't seem like the show is about to lose any of its uproarious energy or entertainment value.