Carson Wentz's first three starts with the Indianapolis Colts haven't felt a whole lot different than his final 12 with the Philadelphia Eagles did.

The Colts, a playoff team a year ago, are off to an 0-3 start in 2021. And while former All-Pro safety Rodney Harrison doesn't believe Frank Reich has put the team in a position to have success, the current NBC analyst continues to be underwhelmed by Wentz's performance.

"You have Carson Wentz as your quarterback. So what am I gonna do, drop back and throw the ball 30 or 40 times? No! I've got Jonathan Taylor, I've got a huge offensive line, one of the top five offensive lines in all of football. And [Taylor] was probably in the top three last year in terms of total yards as a running back. Run him. Turn around and give him the ball 20-25 times. What about Nyheim Hines? He was a dual-threat, he could run the ball, he can come out of the backfield.

"Frank Reich, it seems like he's totally changed his offense to fit around Carson Wentz. And Carson Wentz is terrible right now. He's just not very good. He's not playing with a lot of confidence, he's not stepping into his throws. And this is the thing that we've talked about. This is perfect for Carson Wentz. He's familiar with the coach, he's got players and playmakers around him -- how can you mess this up? How can you mess this up? You've got Jonathan Taylor, you've got all these weapons and you've got good tight ends."

Harrison's co-host, Jac Collinsworth, did mention that the Colts have had a difficult schedule to open up with Wentz era, which is true. That said, the 3-0 Los Angeles Rams in Week 2 are the only team that the Colts have played to this point that look like a Super Bowl contender. They also lost to the Seattle Seahawks in Week 1 and the Tennessee Titans in Week 3, both of whom have shown some vulnerability in 2021. Harrison didn't seem to buy the argument that the hard schedule, among other things, makes it difficult to evaluate Wentz's early play.

"I've been saying this, he's just not very good. When you talk about a quarterback and the impact that a quarterback has on a team, he's had a negative impact on the team. He's had a negative impact. You mean to tell me that the Colts are that much worse as a team than they were last year? It's because of the quarterback. I'm telling you, it's just because of the quarterback, I'm not going to sugarcoat it. Carson Wentz isn't very good. And once the Colts start playing better, you're going to sit back and say 'Wow, the Colts are really playing well.' [It will be] because Carson Wentz is playing well. If he doesn't play well, the team is not going to play well."

After his first three games with the Colts, Wentz does have three touchdowns to one interception, but Pro Football Focus has him ranked as just the 24th best quarterback among those who qualify.

In Wentz's defense, he had surgery to remove a bone from his left foot in early August, and sprained both of his ankles while being tackle by Aaron Donald in Week 2. Still, there comes a point where you can't just chalk up injuries to bad luck -- this is Wentz's sixth season in the NFL, and he seemingly hasn't learned how to live to see another play. That's a vital skill for an NFL quarterback to have, especially if you've already proven to be injury prone.

The Colts have a potentially winnable game in Week 4 in Miami, though the Dolphins are currently two-point favorites. In addition to the Dolphins, Wentz and the Colts will face the Baltimore Ravens, Houston Texans, San Francisco 49ers and Titans in the next five weeks. Indianapolis' schedule eases up in the second half of the season, but if the Colts are 2-6 by the time they get there -- especially if they've already lost twice to the Titans -- it's going to be extremely difficult to get back into the postseason hunt in the AFC.

As much as Eagles fans may not be rooting for Wentz to lead the Colts on a Super Bowl run, it would behoove his former franchise if Indianapolis is still somewhat in contention come December. Chris Mortenson and Adam Schefter of ESPN reported in February that the conditional second-round pick that the Eagles acquired in the Wentz trade will become a first-round pick only if the quarterback takes either in 75% of the Colts snaps in 2021 or 70% of the snaps coupled with a playoff berth. 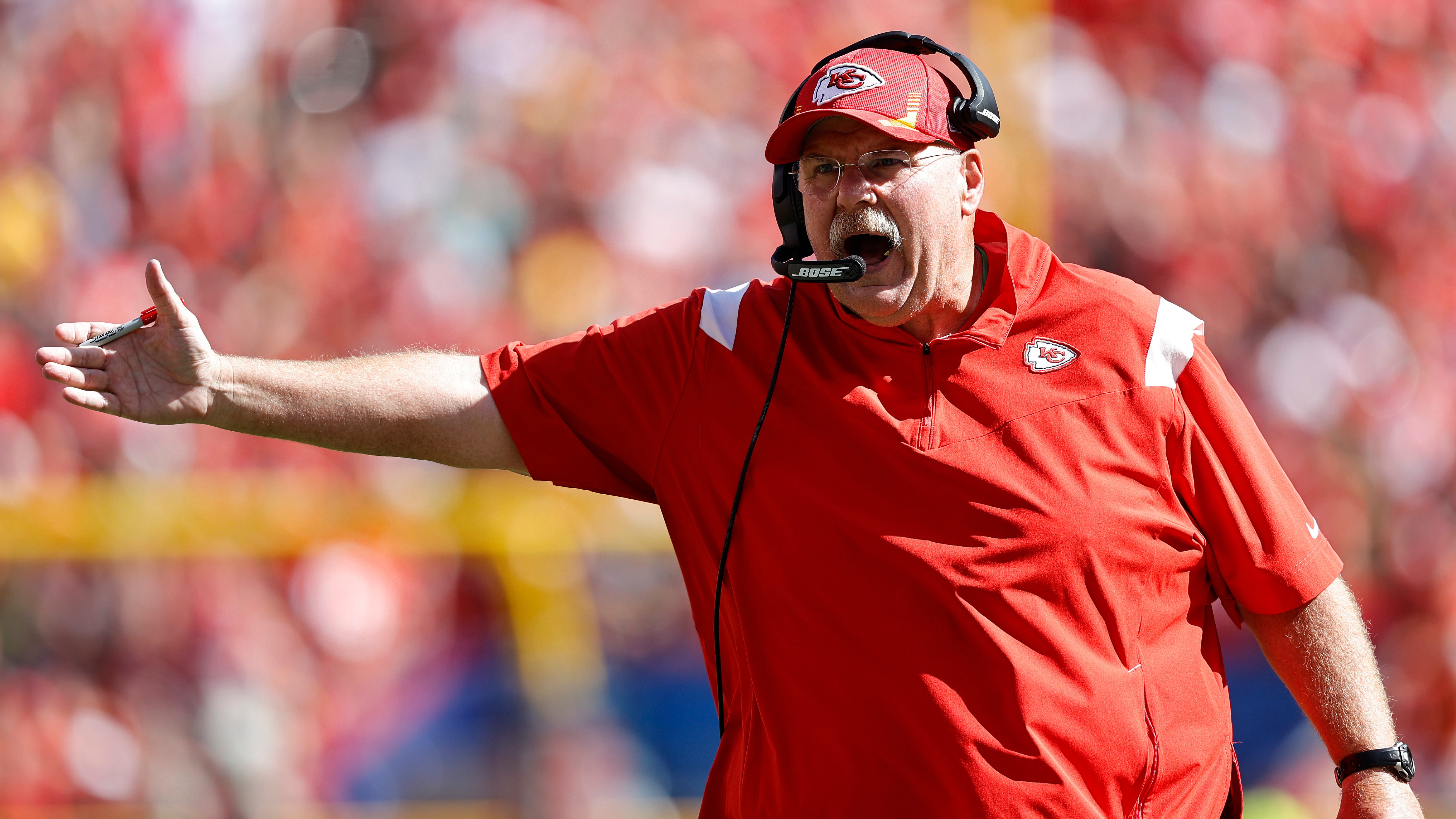 Andy Reid can make NFL history against Eagles in Week 4