Jameis Winston got his first chance to drive around the New Orleans area this week since Hurricane Ida, with scars remaining a full month after the Category 4 storm ripped through south Louisiana.

The Saints quarterback spoke to the media for the first time Wednesday since the team's return home Sunday evening, applauding the city's resilience. A day later he announced a $50,000 donation to the Southeast Louisiana United Way to benefit victims of the storm.

"Hurricane Ida has caused widespread devastation in our community and has impacted the lives of so many people across the state of Louisiana," Winston said in a statement. "My teammates and I are committed to helping our community bounce back and persevere day by day during this difficult time."

It's far from the first helping hand offered by Winston, who was notably called out by mayor LaToya Cantrell earlier this month in thanks for his foundation helping supply waters, cooling stations and food around the city. 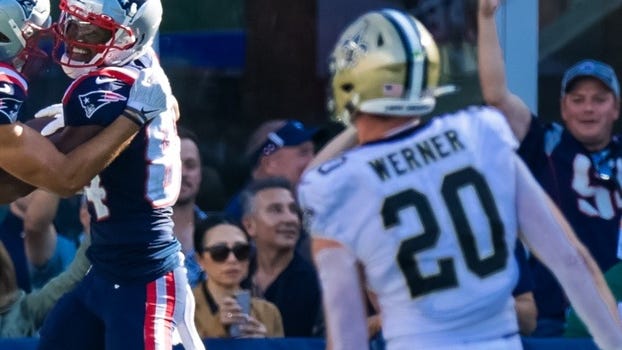 Saints' return to New Orleans a 'breath of fresh air,' other than Pete Werner's apartment

After a few days off to settle back in following a month displacement in Texas, the Saints are back to work preparing to host the New York Giants in Week 4. That will be the first game played at the Caesars Superdome in front of a full capacity crowd since the 2019 season. The Saints are 2-1 after a rollercoaster start to the season with wins over the Packers and Patriots, and a loss to the Panthers.

#Saints QB1 @Jaboowins is bringing home another win for our community by donating $50K to United Way SELA. 🙌

"My teammates and I are committed to helping our community bounce back and persevere day by day during this difficult time.”