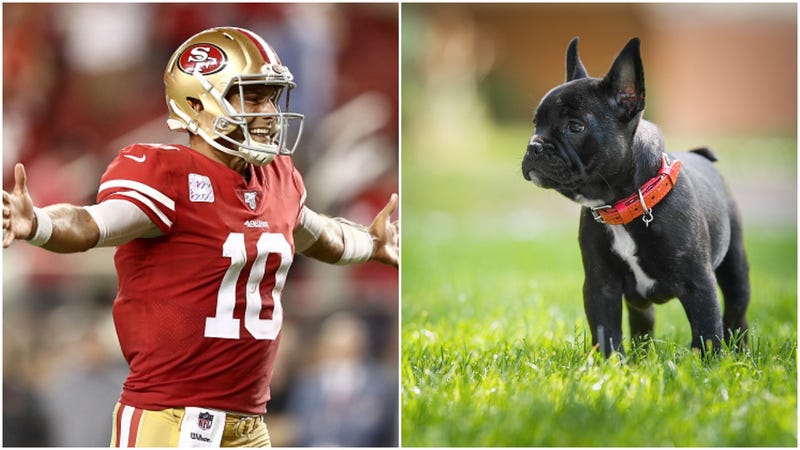 Even professional football players need a little comforting to soothe their nerves.

The San Francisco 49ers have enlisted the services of their most adorable teammate, an emotional support dog named  Zoë, according to People.

With the addition of the one-year-old French Bulldog, the 49ers have become the first team in the NFL to have an emotional support animal.

“The players rely on Zoë to brighten their day,” a team spokesperson told CNN. “Meetings, practice, and workouts can make for a long day. Zoë acts as a stress reliever.”

While Zoë’s owner is Austin Moss, the 49ers director of player engagement, the pup spends most of her time near the team’s training facility, not far from Levi’s Stadium in Santa Clara, California.

The team’s four-legged friend helps boost morale, relieve stress, and apparently, offer some good luck as the 49ers are currently undefeated with a 6-0 record.

Despite the fact that Zoë doesn’t travel to any of the 49ers away games, the players always find time to spend time with their favorite canine as evidenced by the pics on her verified Instagram account.

And with over 10,000 followers, it’s safe to say her fanbase extends well far past her teammates.

While the 49ers hope to get into the playoffs, Zoë is working on her own dreams as she’s currently training toward becoming a certified therapy dog.

We’ll see if Zoë can continue to aid the team’s winning streak when the 49ers face off against the Carolina Panthers on Sunday.