Before Atlanta Falcons running back Todd Gurley was three-time NFL Pro Bowler and two-time first-team All-Pro, he was a world-class hurdler and sprinter in high school at Tarboro High School in North Carolina.

A three-sport athlete in high school, Gurley ended up choosing to pursue his football career and committed to the University of Georgia, but he had other options, and not just as a football player.

On a recent podcast episode of Truss Levelz w/ Cam Jordan and Mark Ingram, Gurley revealed that he actually had offers to run track at Princeton and Cornell, and he seriously considered it.

"I was like sh--, you know, I'm a kid, I'm in the hood, I'm in North Carolina, nobody makes it to an Ivy League school," Gurley said. "I was like 'I'm definitely going here' but then nah, I'm good I'll play football."

These plays are insane. Todd Gurley II (@TG3II) was an absolute beast in high school 😲(via andrewsharding/YouTube) pic.twitter.com/WvHk5jgRDq

Gurley most certainly could have had a very good college career as a track star.

He was a part of winning the 4x100 state championship in 2010 and ran the 300-metres hurdles race before he stuck with the 110-metres.

In 2011, Gurley competed for Team USA in the 110-metres hurdles at the  World Youth Championships in Athletics where he placed third. 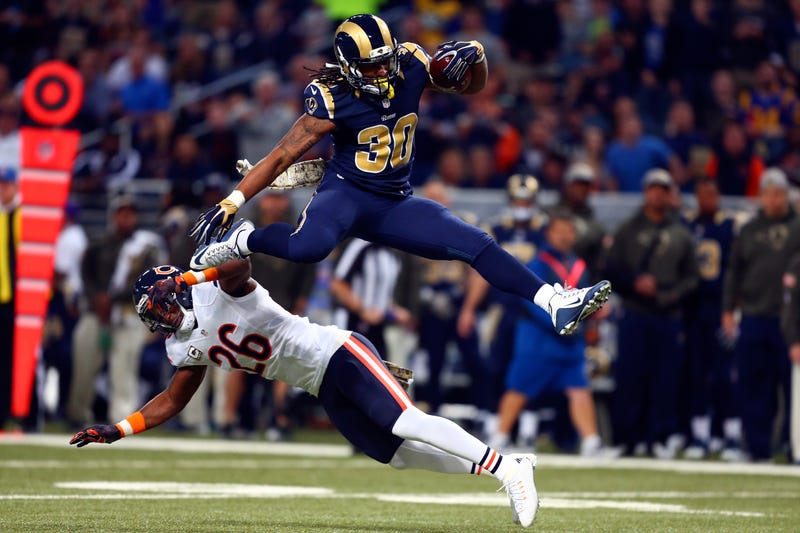 Gurley added that he had a chance to compete in Italy but joked it was so last minute that he was the one kid who wasn't prepared to pack for a week.

"I'm the kid with the same pair of shoes that had to go to Walmart to get some Hanes and just wear the same stuff except for USA stuff," Gurley said. "I still have my friends from that team though."

Had that happened, Gurley most certainly would have never made it to the NFL and made millions, but he might have had a different job with a degree from an Ivy League school.

"I would have been y'alls sound engineer for this podcast right here," Gurley joked.

Now, Gurley gets to use his leaping and sprinting ability every week on the football field.

How does he do it?
Todd Gurley was also a world-class hurdler and sprinter for his school's track & field team. He competed for Team USA in the 110mHH at the 2011 World Youth Championships, where he placed 3rd in the prelims with a career-best time of 13.66 seconds@TrckFootball pic.twitter.com/1bQSjlKzzg