Another week, another NFL officiating dilemma.

During the Rams-49ers clash on Sunday night, San Francisco running back Jerick McKinnon seemed to be touched down by a Rams defender before hitting the ground and casually tossing the ball and getting ready for the next play. However, the call on the field was a fumble, as the referees seemed to think that he had not been touched and was giving himself up.

This was ruled a fumble on the field. And we waited 5+ minutes for it to be overturned. pic.twitter.com/ZQOw8NmVaR

After a lengthy discussion, the call was eventually overturned and the 49ers remained in possession of the ball. However, many prominent users on Twitter shared their thoughts about the controversial play, roasting the refs not only for the initial call but for the amount of time it took for them to overturn it.

Watching football a long time. This could be the single worst call I’ve ever seen. Has to be overturned. Not even in the spirit of the game.

Put this in the shitty officiating Louvre

Ruling that a fumble is the single worst in-game call I have ever seen an official make in 30 years of watching football.

Embarrassing they called it that way on the field. Total joke. Easy to overturn but really embarrassing for the officials.

how bout call back to fire that ref

At minimum, the runner gave himself up. This was a very puzzling call on the field and an easy overturn. Can't mince words: very sloppy

LOL what a mess. He was clearly touched. How are they still reviewing this?

Aren't all turnovers automatically reviewed? What were they doing during the whole commercial break?

What the hell do these refs think happened. Runner was down. Come on.

I want those four minutes of my life back.

This is the dumbest game delay of all time #FreeCommonSense

At the very least, this has been an inexcusably long delay to correct a human mistake.

What a waste of time. Dumb refs. It’s not that hard.

Jerick McKinnon was literally laying on the ground when the Rams knocked the ball away and pretended it was a fumble. Can't help but laugh. #49ers #LARvsSF

Fortunately, the officiating crew dodged the biggest bullet and corrected their mistake. But as we all know, no one is safe from the wrath of Twitter, and these referees will likely hear all about the incident after the game is through. 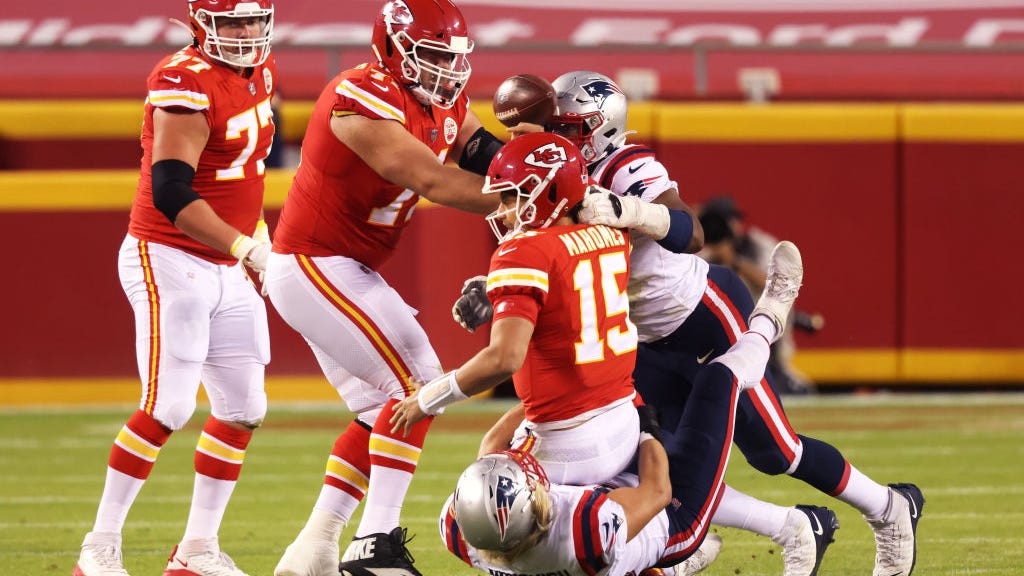