At the time, you had a feeling that the matchup between the Tennessee Titans and New England Patriots in Jan. 4, 2020 might be final time that Tom Brady played a home game at Gillette Stadium.

We now know that it was, as Brady and the Patriots would part ways following 2019 season, with Brady -- then a six-time Super Bowl Champion -- signing a two-year deal with the Tampa Bay Buccaneers in free agency that offseason.

The benefit of hindsight makes the Wild Card matchup that much more interesting to look back on.

Before the tilt, Brady even posted a hype video, one that seemingly referred to Brady and the Patriots as lions, while insinuating that the Titans were jackals:

In Seth Wickersham’s new book “It’s Better to Be Feared” -- which chronicles what made the Brady-Bill Belichick duo so successful and also led to their eventual split -- the author recalls how Vrabel used that video as motivation for his players. He even had a pregame message to someone simply referred to as “one of the quarterback’s friends” about what they would do to the three-time Super Bowl Champion in what turned out to be Brady’s final game with the Patriots:

“...almost 13 million people watched the video, including Mike Vrabel -- a former teammate and good buddy of Brady’s, now the Titans head coach. Vrabel saw it as free inspiration for his team. This was something Tom Brady had never done. In almost two decades of brilliance, he had never made it easier for the opponent. When the video appeared, it was not only too late to be scared, it was too late for a lot of things.

“Before the game, Vrabel walked from the locker room to the field -- where he had helped build the Patriots dynasty -- and told one of the quarterback’s friends ‘We’re gonna knock Brady’s d--- off.’”

The 2019 iteration of the Brady-Belichick Patriots hardly rivaled the 2007 team that went 16-0 in the regular season, but it was still difficult to pick against an 11-5 New England team at home in January. If you did, though, you were rewarded, as the Titans defeated the Patriots 20-13. Derrick Henry began what would be an all-time great individual postseason by running for 182 yards. Brady, meanwhile, had one of the worst postseason games of his illustrious career, completing 20 of 27 pass attempts for 209 yards, zero touchdowns and an interception.

Vrabel, not one to shy away from referencing male genitalia, didn’t literally accomplish what he jokingly set out to do before the game. But his upstart team was able to deliver the final blow to what had been the most dominant quarterback-head coach duo in league history. 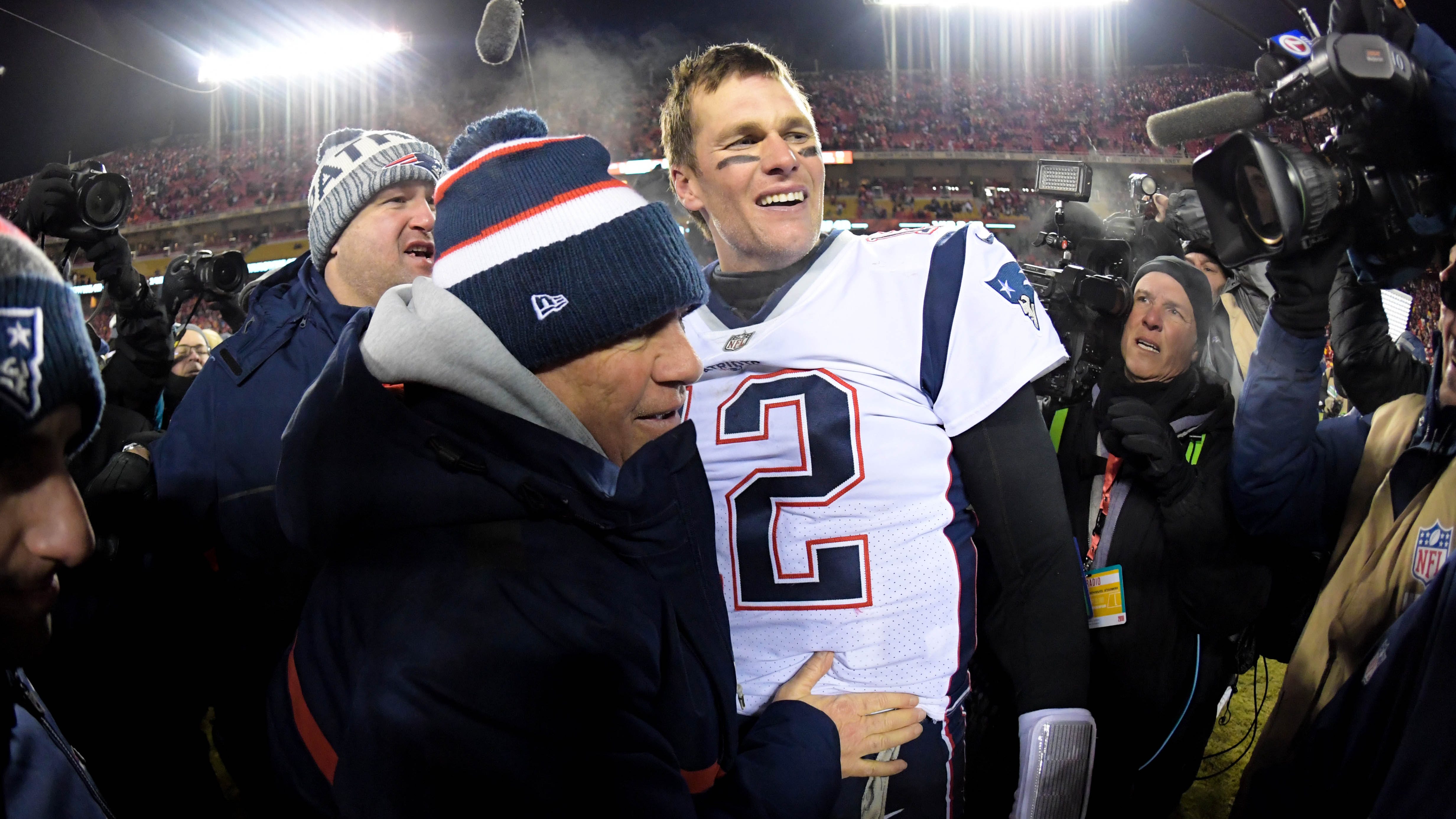