We're nearing the point where Patrick Mahomes could hit 50 three-pointers in a row, then hit a home run off a major league pitcher, then rip a penalty kick past a top goalie in world soccer... and I wouldn't be surprised. Ok, I definitely would still be surprised. But we're nearing that point, because the Kansas City Chiefs superstar continues to impress us on and off the football field in ways we never saw coming.

This time, he did so from the tee box, participating in the American Century Celebrity Golf Championship Long Drive Competition and absolutely annihilating the poor ball.

Mahomes responded to the clip, which quickly went viral, with a typically humble message — "Didn't say I was good at golf but I can hit it far 🤣🤣🤣" — and Travis Kelce's immediate response in the video was the perfect cherry on top of the cake. 347 yards is pretty darn far, and though it's not quite on Mike Trout's level, it's more than I would have expected. I should probably learn my lesson of underestimating Mahomes soon, but I can't say it's not amazing to witness what he can do in the world of sports. 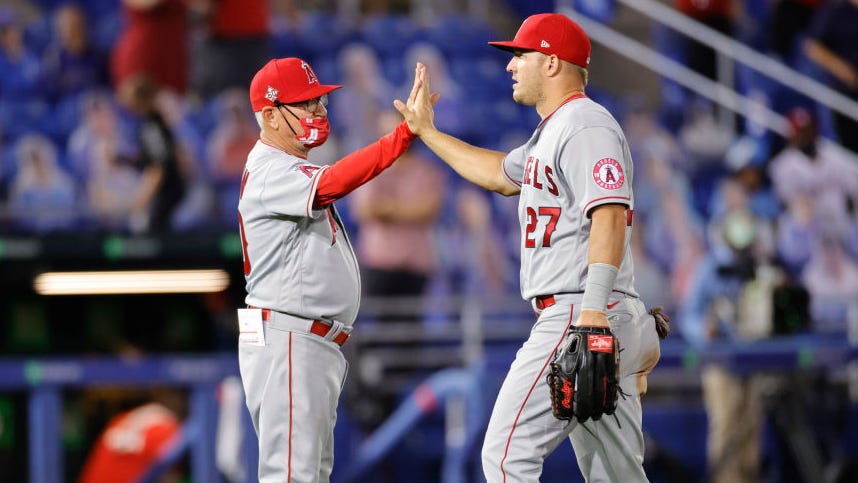 But, somehow, Mahomes and his 347-yard blast wasn't enough to take the top spot in the long drive contest. That honor went to TJ Oshie, who surpassed Mahomes' distance by 20 yards... on the fly. Those slap shots must convert pretty well to the tee box if you've got the form, and that looks to be the case with Oshie.

Move over, @PatrickMahomes, we have a new @ACChampionship long drive leader 👀

At 369 yards CARRY, @TJOshie77 moves to the top spot pic.twitter.com/nPi4jBYmeU