No one will be able to to blame the Buffalo Bills' AFC Divisional Round overtime loss to the Kansas City Chiefs on their offense. Josh Allen threw for 329 yards and led the team with 68 rushing yards. Gabriel Davis caught eight passes for 201 yards, including all four of Allen's touchdown passes.

With that said, while Davis became the first wide receiver in NFL history to catch four touchdown passes in a playoff game, the Bills' top wide receiver had a relatively quiet night. In the team's 42-36 overtime loss to the Kansas City Chiefs, Stefon Diggs had just three catches for seven yards.

The biggest highlight that the former All-Pro wide receiver turned in during Sunday's playoff game was actually tackling a fan that ran on the field at Arrowhead Stadium: 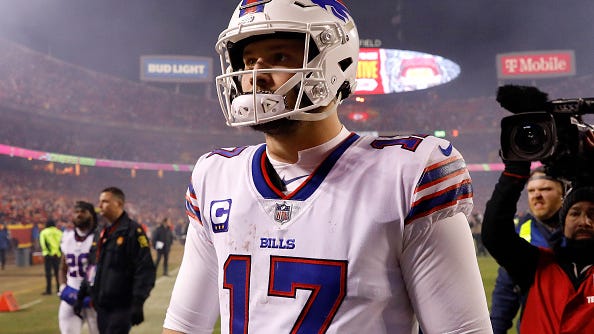