The Philadelphia Eagles will have the No. 6 overall pick in the 2021 NFL Draft, a selection that could help them to land a star wideout like Devonta Smith, a lockdown corner like Patrick Surtain II or a franchise left tackle like Penei Sewell.

To assure that they landed the No. 6 pick - and didn't drop all the way down to No. 9 - the Eagles rubbed quite a few around the league the wrong way.

And then, Doug Pederson pulled Hurts in favor of backup Nate Sudfeld. Pederson had hinted throughout the week that Sudfeld could play, but it's one thing to suggest it, it's another the pull Hurts in a close game with playoff implications.

The Eagles, in the long run, almost certainly made the right decision to tank in Week 17, but it didn't make for an enjoyable product in the final game of the 2020 NFL season.

It created an especially awkward dynamic for NBC's Al Michaels and Cris Collinsworth. The duo had to balance not BSing the audience, but also not blatantly accusing a team of trying to increase their chances of losing a game with personnel decisions. The most noteworthy thing that Collinsworth said during the quarter was "I couldn't have done it." And that's still how he feels.

"Doug told us about it, he told us that he was thinking about playing Nate Sudfeld in the fourth quarter," Collinsworth said on Adam Schefter's podcast. "They had made a commitment that they were going to really treat this game as the first step towards the next season type of thing, and they wanted to see what they had with Nate Sudfeld. So Al and I immediately perked up and said 'Yeah, but the season is still on the line here for the Giants and the the Washington Football Team' and whatever the scenario was at that time.

"But they did that. So it's less than a one touchdown game and they pulled Jalen Hurts and they go to Nate Sudfeld. So we bring up what was said to us and that this wasn't totally out of the plan, but then Sudfeld really did nothing. And the whole fourth quarter goes by, and they don't score. So the Giants are on the outside looking in and the Washington Football Team get into the playoffs. I'm sitting there watching this, and I've got one thing in my mind the whole time, but I love Doug Pederson. I really do. [I love] Jeffrey Lurie...all those guys...Howie [Roseman]...I know them all. And I'm just sitting there watching this thing, and I go, the only thing I can think of is I couldn't have done it. I couldn't have watched my team fight their guts out for three quarters, and there is no question that they went to battle in that game. And then in the fourth quarter they pulled their quarterback."

The truth is, the game was meaningless for the Eagles. With a win, they would have gone 5-10-1. With the loss, they finished 4-11-1. Either way, it was an extremely disappointing season, one that led to the organization firing Pederson after the season. The results of Week 17 almost certainly didn't change Pederson's fate, and they may have helped a franchise desperate for young talent to secure a future star.

Still, there's an interesting discussion to have about how such a strategy impacts how players - especially young ones with a future on the team, like Hurts - perceive the organization. And if you're someone like Collinsworth, without a vested interest in the future of the team, you're left to have to be objective about the situation in the short-term, even if you're fond of Pederson.

"...I just couldn't have done it. At some point, you're the guy who is in charge of that decision. And so I tried to soft pedal it a little bit, because, hey, he told me he was gonna do this. So this wasn't completely out of the blue, but all of a sudden, as John Madden says, a game broke out. You go in with a plan and then a game breaks out. There are people that you really, really like that you have to say negative things about. And there are people that I really, really don't like, that I have to heap praise on and tell you how brilliant they are." 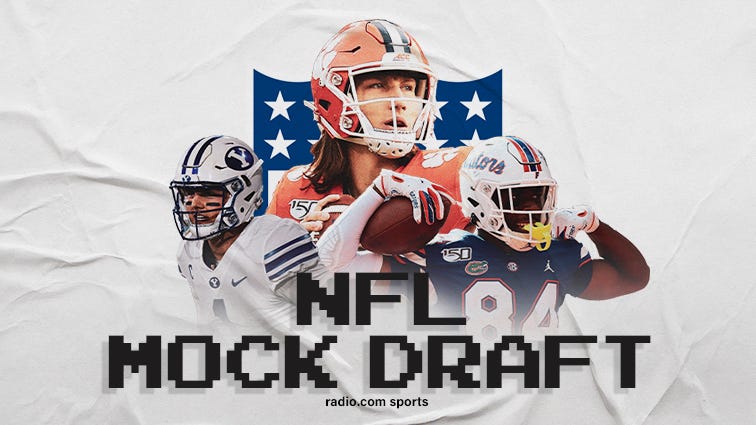