Throughout the course of the 2021 NFL season, we'll keep a running list of everything we know about the vaccination status of some of the league's most notable quarterbacks.

Aaron Rodgers: In late August, Rodgers said that he had been immunized against COVID-19. However, Rob Demovsky of ESPN said after a positive test from Rodgers in November that Rodgers was viewed as unvaccinated by the NFL, who didn't recognize his "alternate treatment," as being sufficient to earn full vaccination status.

Andy Dalton: In late-July, Dalton said that choosing to get the vaccine or not is “a personal decision for everybody.”

Baker Mayfield: In July, Mayfield said that he’s been fully vaccinated and that teams who have high amounts of vaccinated players will have “a competitive advantage.”

Cam Newton: The former NFL MVP said that revealing vaccination status is “too personal” when asked about the matter in early-August. A positive COVID test cost Newton a chance to play against the Kansas City Chiefs last October. A "misunderstanding" about COVID protocols cost Newton five days of practice late in training camp, which presumably opened the door for Mac Jones to win the starting job and Newton being released. In mid-October, Newton revealed that he had been vaccinated since becoming a free agent.

Carson Wentz: While wearing a mask, Wentz declined to say whether or not he was vaccinated in late-July, calling it “everybody’s personal decision.” In late August, Wentz was placed on the reserve/COVID-19 list as a close contact, which cost him five days of practice, confirming that he's unvaccinated. When he returned, he again said it was a "personal decision."

Dak Prescott: We don’t know for sure if Prescott is vaccinated, because he strangely cited HIPAA when asked about his status at the outset of training camp. However, some believe that Jerry Jones all-but confirmed that the quarterback is vaccinated a few days later.

Jalen Hurts: As he attempts to become the Eagles franchise quarterback, Hurts said in late-July that he’s been vaccinated.

Joe Burrow: The 2020 No. 1 overall pick called getting vaccinated “beneficial to the team” in late-July, which suggests that he himself has received one of the shots.

Josh Allen: Last year’s NFL MVP runner-up said in May that if statistics suggested that getting vaccinated was the right thing to do, he’d receive a shot (or two, depending which vaccine he chose). We haven’t heard since whether the 25-year-old got vaccinated or not over the course of the summer. While Bills wide receiver Cole Beasley has been outspoken about his plans not to get vaccinated, Bills general manager Brandon Beane estimated in late July that “just over 80%” of the team had at least begun the vaccination process. 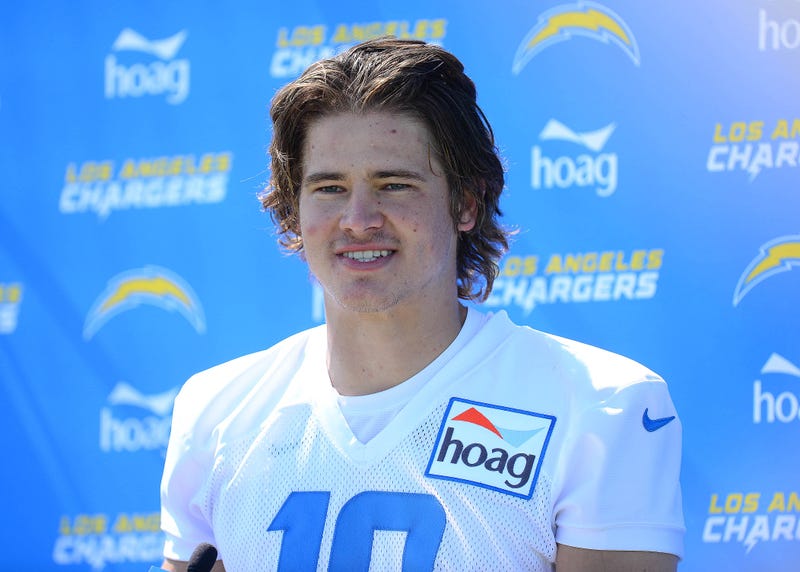 Justin Herbert: The reigning Offensive Rookie of the Year said in June that he’s been vaccinated against COVID-19.

Kirk Cousins: After COVID-19 protocols cost him a few practices earlier this summer, Cousins vowed to do “whatever it takes” to avoid missing any more time because of being a close contact to someone who tests positive for the virus. The 32-year-old, however, declined to say if he planned to get vaccinated, calling it a “private health matter.”

Lamar Jackson: The 2019 NFL MVP has contracted COVID-19 on two separate occasions, the first of which caused him to miss the Ravens’ Week 12 matchup with the Pittsburgh Steelers last season. After missing some time during 2021 training camp, Jackson said that he believes getting vaccinated is “a personal decision,” and didn’t disclose whether he planned to receive one of the vaccines.

Mac Jones: The Patriots’ first-round pick said that it was good that “a lot” of his team is vaccinated, but didn’t say one way or another if he’s received a vaccine.

Matt Ryan: The Falcons confirmed in August that they have a 100% vaccination rate. That includes the former NFL MVP.

Patrick Mahomes: In April, the 2018 NFL MVP said that he was fully vaccinated, as he hoped to keep his young daughter safe.

Ryan Fitzpatrick: Ahead of his first season in Washington, the 38-year-old did agree that whether or not you choose to get vaccinated is a personal choice, but said that he himself had elected to be vaccinated.

Ryan Tannehill: In late-July, Tannehill said that the NFL protocols “forced my hand” to get the vaccine.

Russell Wilson: In April, Wilson appeared on an NBC special with his wife, Ciara, where he encouraged those who were able to get vaccinated to do so, so he certainly is himself.

Sam Darnold: In June, Darnold acknowledged that he hadn’t yet been vaccinated. However, Jonathan M. Alexander, Alania Getzenberg and Scott Fowler of The Charlotte Observer have since reported that the first-year Panther has indeed been fully vaccinated.

Tom Brady: In early September, Buccaneers head coach Bruce Arians said that the defending Super Bowl Champions had reached 100% vaccination status among "players, coaches and staff." That, of course, includes Brady. Brady later revealed to Rick Stroud of The Tampa Bay Times that he tested positive for COVID-19 not long after the Bucs celebrated their victory in Super Bowl LV.