Bill Belichick and the New England Patriots set off some early fireworks this summer with the signing of quarterback Cam Newton to a one-year, incentive-laden deal on Sunday.

The Newton signing not only has ramifications for within the Patriots depth chart, but also across the AFC East and rest of the league.

Alas, here are the winners and losers of the Patriots signing Cam Newton: 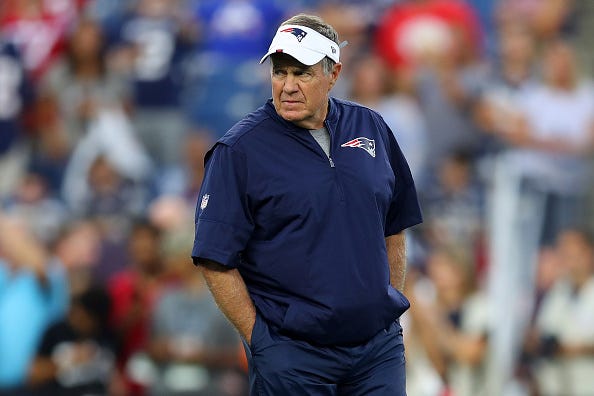 This is fairly obvious. The Patriots inked a former league MVP to a low-risk, high-reward contract and have transformed from a team some fans thought should maybe tank the season to a team that can continue to dominate the AFC East and contend for a Super Bowl.

Of course, Newton does come with some concern. He has not put together a Pro Bowl season since his 2015 MVP performance, and has durability concerns as he enters his age-31 season coming off foot surgery.

But that’s the beauty of the one-year deal. If it does not work out, the Patriots can cut their losses and try out Stidham or find their franchise quarterback in next year’s draft. If it does, Belichick and the Patriots look like geniuses once again by scooping up a franchise QB on a bargain deal.

The 31-year-old quarterback could not ask for a better situation. Sure, some might say he still has to earn the starting role in New England, but if he is healthy, it is his job to lose with Stidham and Brian Hoyer as his competition.

The Patriots are not only one of the few teams that give Newton a chance to start, but also give him a chance to win as well.

While the Patriots have lost some pieces of last year’s playoff team, they are still the Patriots and have a strong defense and running game. The receiving corps remains a question mark, but Newton should have reliable options in Julian Edelman and Mohamed Sanu, and perhaps N’Keal Harry will be healthy and emerge as a weapon for Newton.

Newton will also be getting the chance to work with offensive mastermind Josh McDaniels – who is lauded for his schemes but was also rather limited in what he could do with the flat-footed Brady. McDaniels could get more creative with the more mobile Newton, and Newton will get to work with someone who could help revive his career. 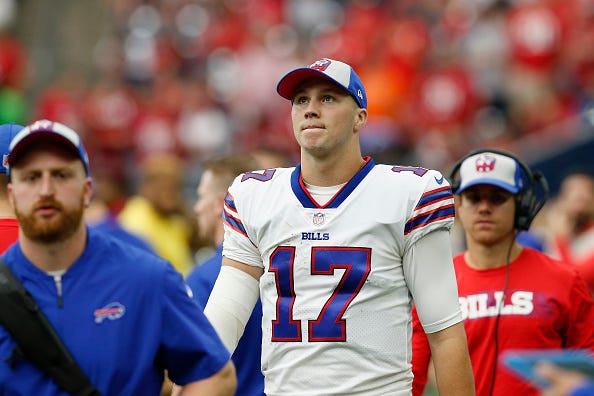 Since 2003, the Patriots have only lost the division once – in 2008 when Tom Brady tore his ACL Week 1 – and even then it was because the Miami Dolphins held the tiebreaker at 11-5. So, when Brady bolted south to Tampa, it seemed as if a changing of the guard in the AFC East was inevitable.

The Buffalo Bills were knocking on the Patriots’ door last year – finishing 10-6 and earning a wild card berth; the Jets revamped their offensive line and expect big things from Sam Darnold in Year 3, while the Miami Dolphins also made significant additions this offseason and should be more competitive.

By no means is the AFC East a lock for the Patriots with Newton under center, but for teams like the Bills and Jets this seemed like their best chance to finally dethrone New England. The Bills, in particular, should still not be overlooked with their stingy defense and addition of Stefon Diggs to their receiving corps, but the path to AFC East supremacy is once again that much more difficult if a healthy Newton is leading the Patriots offense.

Poor Jarrett Stidham. This was going to be his chance to prove what he was capable of and show if he has what it takes to be a starting quarterback in the NFL. Now the future is a little bit murky for the 2019 fourth-round draft pick out of Auburn.

If Newton is hurt or struggles, perhaps Stidham will still get that chance. The Patriots seemed to exude confidence in the 23-year-old, passing on opportunities to sign other veterans like Andy Dalton or Jameis Winston and declining to draft a quarterback such as Jordan Love or Jalen Hurts.

Perhaps the unusual offseason factored into Belichick wanting to bring in another veteran option; or maybe the Patriots were trying to sell themselves on Stidham. Either way, the deal for Newton impacts him the most. 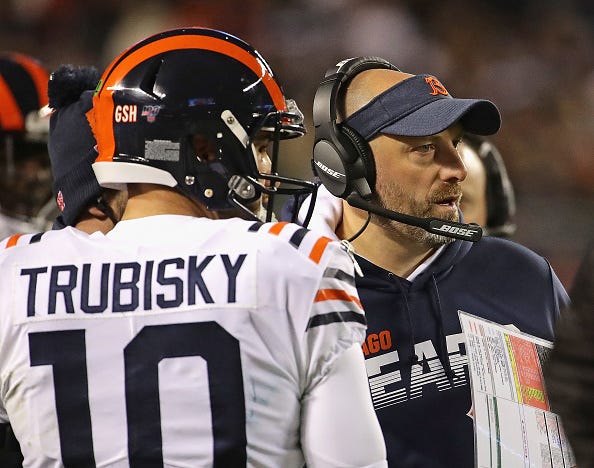 Among the teams Newton was linked to early this offseason was the Chicago Bears, who have soured on Mitchell Trubisky after three seasons. Instead, the Bears traded a fourth-round pick for Nick Foles, whom they are guaranteed to pay $20 million. Meanwhile, the most the Patriots will pay Newton is $7.5 million.

Obviously, things kind of fell in place perfectly for the Patriots to strike such a great deal on Newton, but the deal has some Bears fans second-guessing the Foles trade. Sure, Foles is a Super Bowl MVP, but he has been inconsistent his entire career and has never played a full 16-game season amid injuries and benchings.

Newton would have come with some risk as well, but at a cheaper price and not to the degree of risk there is with Foles.

This may be a bit of a stretch, but when Ron Rivera was hired as head coach in Washington, many began making the connection that Cam Newton could be on his way to follow his former head coach. Rivera, however, said that the Redskins had no plans to sign Newton, but maybe they should have?

Dwayne Haskins was coming off an uninspiring rookie year and Newton could have made for an intriguing quarterback competition. Haskins was arguably thrust into the fire a little too soon last season, and perhaps it could have benefitted him to have Newton start the season and serve as a mentor for Haskins as he adjusts to the NFL – a la Kurt Warner with Eli Manning and the Giants in 2004 – or even as a backup to Haskins.

Of course, this may not have been the situation Newton wanted, and the Redskins also have to be mindful to not shatter Haskins’ confidence and psyche so early in his development. But it will certainly be worth wondering if the Redskins should have went down this road, especially if Haskins disappoints again.