Former New York Rangers captain Barry Beck was devastated to learn of the death of former teammate Mark Pavelich, and he held nothing back in an emotional Facebook post that not only mourned the loss of Pavelich but ripped both the Rangers and the NHL as a whole for how they deal with mental health issues.

Pavelich was found dead this week at a mental health treatment center in Minnesota, where he had been living since 2019 after he was ruled unfit to stand trial after assaulting a neighbor. Though the cause of death is still under investigation, Beck believes that the long-term impact of head injuries played a role in Pavelich's mental health state. Pavelich's sister, Jean Gevik, had similar thoughts, telling the Star Tribune after he was arrested that the family was convinced that "all the concussions and the blows he had in the NHL" left him with CTE. 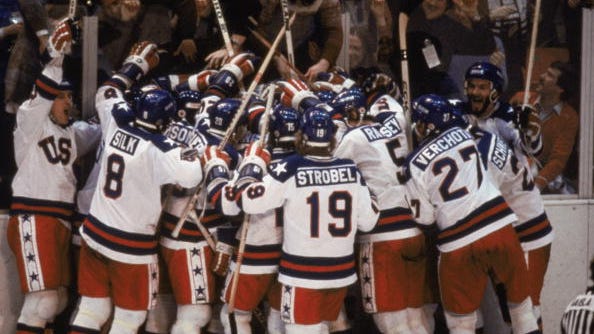 Beck mentioned how Pavelich was a great friend of his and that overcoming the loss, as was the case with the loss of his son, will be a "mountain to climb."

Outside of his sadness, though, Beck's anger was clear in the post, directed largely toward the Rangers, the NHL and USA Hockey.

"There was a lot of people that could have helped Mark and didn't. I will get to them in another post. They know who they are," Beck wrote. "Mark's sister Jean believed Mark was suffering from CTE as his demeanour became more aggressive.

"Now not one NHL team will discuss CTE or any of their players, staff or employees. After the CTE lawsuit the NHL was just happy they didn’t have to discuss it anymore. They told teams under no circumstances shall any team discuss CTE the shrinkage of the brain. Not even the stick boy.

"They don’t discuss it because their cowards. The only thing that matters to them is money. That’s it in a nutshell. It’s always been that way. Ask the lawyers..yea just money!"

According to Beck, Jean had not been contacted by anyone from the Rangers or from USA Hockey to offer their support after Pavelich was first arrested, and Beck thinks it's too late at this point to send their condolences, saying that "they missed the boat."

Beck took it upon himself to write an email directed to John Davidson, the current president of the Rangers and another former teammate, asking if the organization could publicly acknowledge Pavelich's sickness following his arrest.

"In the email I asked JD if the Rangers could publicaly show their support for Mark by just saying that one of their own former players was sick and we wish him well," Beck wrote. "Maybe they could show some clips of Mark at a home game so people could see what was happening to Mark. That was it. We didn’t ask them for financial help just recognition that they hoped Mark would get well.

"Well JD did not even return my email. I guess he was too fu$king busy. He should have picked up the phone and called me.... You're on your throne now John but if our paths ever cross you better be ready. Or maybe just turn your back again."

However, a follow-up post from Beck on Sunday stated that he was contacted by Davidson after his initial message.

"John and I discussed the remarks I had made," Beck wrote. "We both respect each other and agreed that at this time it’s best we focus on mourning the death of Mark."

Beck also ripped USA Hockey and the NHL in the first post, not only for how they dealt with Pavelich, but for how CTE is addressed as a whole.

"Both the Rangers and USA hockey are accountable for Marks death," Beck wrote. "The NHL has to grow a set of balls and take action."

NHL commissioner Gary Bettman has said in the past that the "relationship between concussions and the asserted clinical symptoms of CTE remains unknown," (via Fischer). Despite this, The Atlantic, among other outlets, have explored the relationship between the NHL and CTE after long playing careers to bring awareness to the issue.