The NHL on Monday suspended San Jose Sharks winger Evander Kane for a quarter of the season without pay "for an established violation of, and lack of compliance with," the league and players union's COVID-19 protocols.

Kane is suspended for 21 games, the league said. That includes the Sharks' 4-3 win over the Winnipeg Jets on Saturday, which Kane didn't play in.

He was under investigation for submitting a fake COVID-19 vaccination card, according to the Associated Press. Using falsified proof of vaccination is illegal in the U.S., Canada and against the NHL's rules.

"I would like to apologize to my teammates, the San Jose Sharks organization, and all Sharks fans for violating the NHL COVID protocols," Kane said in a statement shared by the NHL Players' Association on Monday. “I made a mistake, one I sincerely regret and take responsibility for. During my suspension, I will continue to participate in counseling to help me make better decisions in the future. When my suspension is over, I plan to return to the ice with great effort, determination, and love for the game of hockey.”

The NHLPA has released the following statement at the request of Evander Kane: https://t.co/c0Aq6oo3bq pic.twitter.com/sp3fFkePPJ

Kane, the Sharks' leading scorer last season, didn't play in San Jose’s season-opening win on Saturday after agreeing to miss all of training camp and the preseason while the NHL completed its investigations into his wife's allegations and his violation of COVID-19 protocols.

Although Kane will be eligible to play in San Jose's 22nd game of the season on Nov. 30, the Sharks have not said if or when he will rejoin the team.

"While we are encouraged by Evander's commitment to moving forward, we are extremely disappointed by his disregard for the health and safety protocols put in place by the NHL and the NHLPA," the Sharks said in a statement. "We will not be commenting further on Evander's status prior to the conclusion of the NHL's mandated suspension."

In a graphic promoting Saturday's season opener, San Jose didn't list Kane as last season's leading scorer. While the NHL's investigation was still ongoing, the Sharks listed him as a non-roster player when they submitted their roster to the league a week ago.

The NHL cleared Kane last month of his wife's allegations that he gambled on NHL games, including “throwing games to win money.” She also alleged in a since-deleted Instagram story that Kane, who said he was in $27 million of debt in bankruptcy filings earlier this year, asked her to sell her wedding ring to purchase baby formula while he partied in Europe.

Kane denied the allegations this summer, calling accusations he bet on hockey games "incredibly false" in an interview with ESPN last month. In the same interview, Kane said he didn't "necessarily know or believe" there was enough tension with his teammates that would lead to a trade out of San Jose following a report in The Athletic his teammates didn't want him back this season.

The 30-year-old forward is in the fourth season of a seven-year contract he signed in 2018, months after the Sharks acquired him from the Buffalo Sabres ahead of that year's trade deadline.

Buffalo police investigated, but did not charge Kane in 2016 for assaulting a woman who said she sustained "serious, permanent and painful personal injuries" following an encounter in his hotel room. Separate 2016 charges of non-criminal harassment, disorderly conduct and trespass stemming from an incident at a Buffalo bar – where Kane allegedly grabbed two women and pulled their hair and neck – were dropped in 2017 as part of a plea agreement. 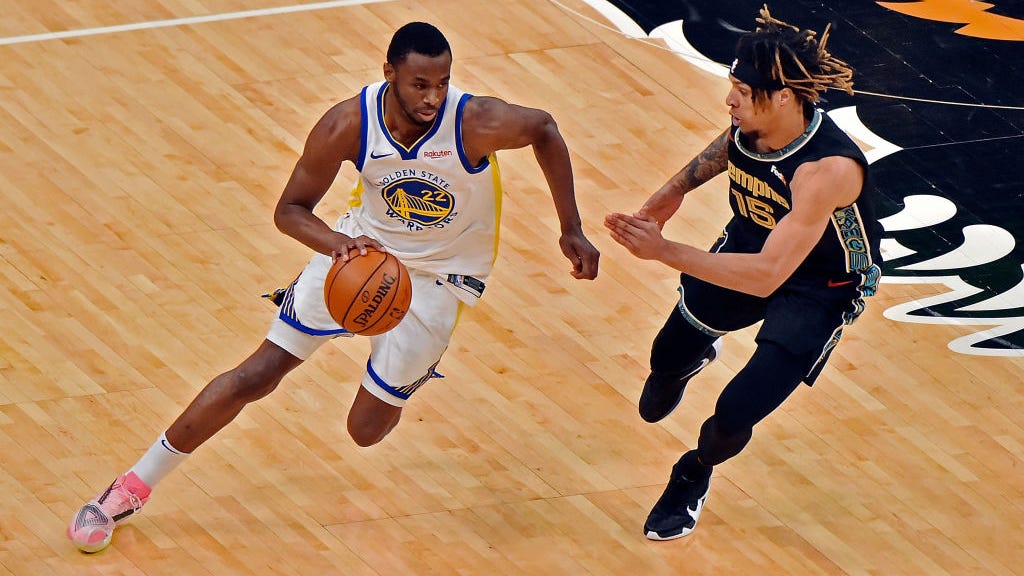 'I guess you don’t own your body': Warriors' Wiggins explains he was 'forced' to get vaxxed