Nobody was expecting Charlie McAvoy to play Tuesday night, and the Boston Bruins’ star defenseman not making the trip to Raleigh on Monday seemed to end speculation that he might dress.

Podcast Episode
32 Thoughts: The Podcast
How Do You Sleep After That
Listen Now
Now Playing
Now Playing

McAvoy was placed in the COVID-19 protocol shortly before Boston’s Game 4 win over the Hurricanes on Sunday. He missed that game and didn’t travel with the team to Carolina, but just a couple hours before the game made it to the PNC Arena via private jet and car service. He then logged the most ice time of any Bruin.

It was a major surprise, and on his “32 Thoughts” podcast, Sportsnet NHL insider Elliotte Friedman relayed what he was told about how McAvoy got cleared.

“From the way it was explained to me, it’s five days from the onset of symptoms, plus negatives tests, plus medical clearance, and they got it," Friedman said. "Apparently, the onset of the symptoms was last Thursday, and some people said to me, 'well how could you play with symptoms?' And I don’t know the full story, but one thing I do know is that just because you have symptoms doesn’t mean you test positive. Until you have that (positive) test you’re not out of the lineup. So, I don’t know the timeline here, I’m sure that there’s going to be a lot of people who have conspiracy theories about this, but at the end of the day that’s what I was told the timeline was and he was cleared to play.”

If we’re to piece things together, it sounds like McAvoy started feeling under the weather Thursday, but didn’t test positive or have symptoms strong enough to keep him out of Game 3 on Friday. He popped a positive test over the weekend, but must have submitted enough negative tests afterwards so that when Tuesday hit, which was five days from symptom onset, he was testing negative and getting medical clearance, allowing him to play.

McAvoy himself was mum on how he managed to clear the protocol when addressing reporters Tuesday night.

Ultimately, the Bruins still lost Game 5, with the Hurricanes handing them a 5-1 drubbing at PNC Arena. Now, it’s looking like Hampus Lindholm will be joining McAvoy on the blue line for Game 6 as the Bruins look to earn two wins and save their season. 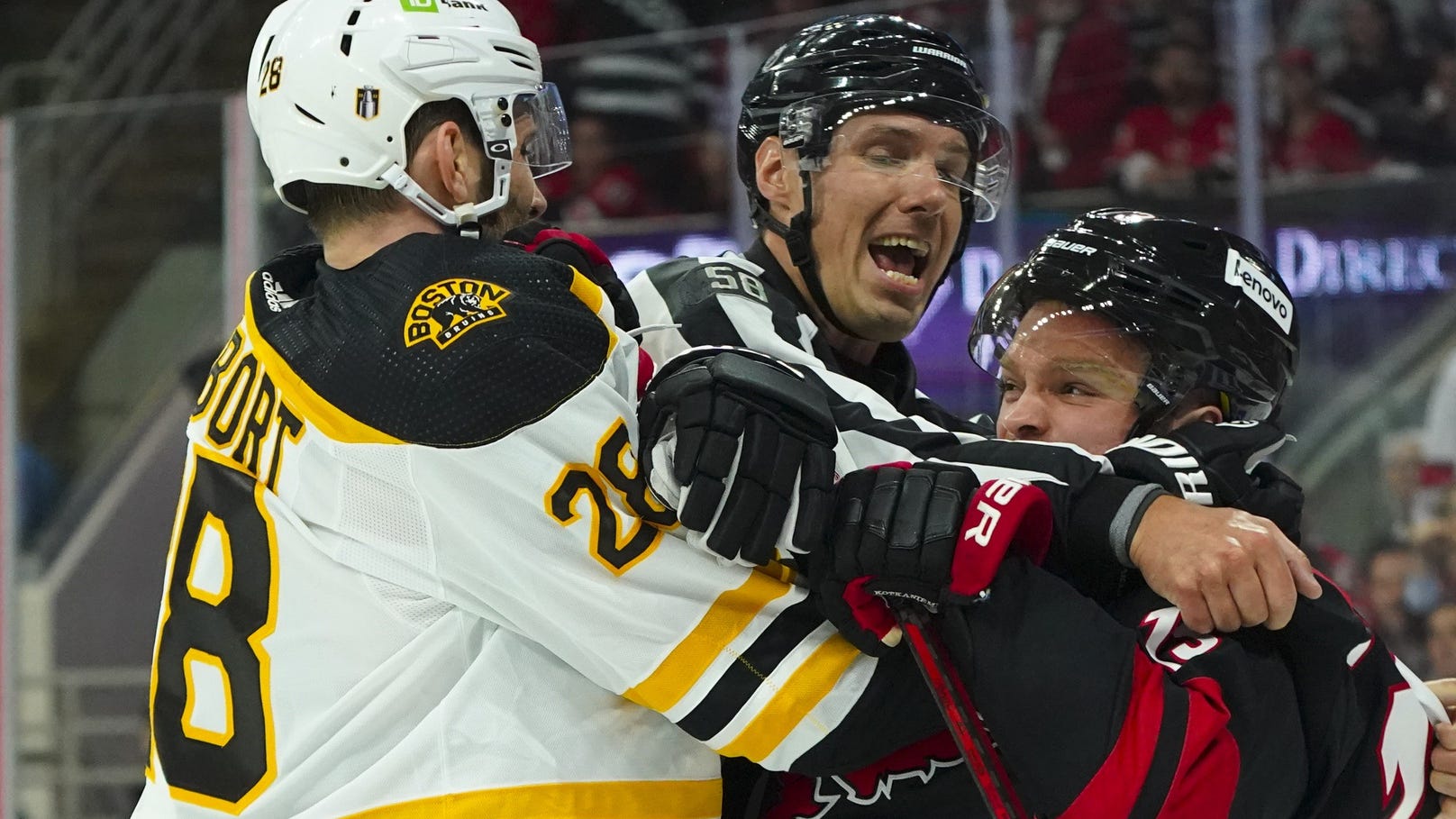 It’s not why Bruins lost, but poor officiating hard to ignore