Listen to Audacy's Album Release Party with The Lumineers powered by GrubHub
By Scott McLaughlin, WEEI

Tuukka Rask is ready, he’s back, and he’ll be going straight to the NHL.

According to multiple reports, the Bruins have signed Rask to a one-year deal worth $1 million. Since Rask's salary will be prorated, he will actually earn $545,000. @PuckPedia was the first to report the deal.

The #NHLBruins are signing 34 y/o G Tuukka Rask to a 1 year $1M (all base salary) contract.

Due to signing during the year, he'll actually earn $545K.

Rask told The Greg Hill Show in August that he would be "a cheap goalie" for the Bruins. This deal would certainly qualify.

The move likely sets up Rask to make his season debut in one of the Bruins’ next three games, all of which are at home -- Wednesday against Montreal, Thursday against Philadelphia, or Saturday against Nashville. The Bruins have not yet officially announced the deal or when Rask will make his first start.

Rask had signed a professional tryout agreement with the AHL Providence Bruins last week and was scheduled to start their game last Friday, but the P-Bruins’ games on Friday and Sunday both got postponed due to COVID issues with their opponent, the Lehigh Valley Phantoms.

The new plan for Rask remained up in the air over the next few days, as he continued to practice with Providence. Rask could have stayed with the P-Bruins and played in one or two games this weekend for them, but obviously he and the Bruins came to the conclusion that he was ready for NHL action and no longer needed a rehab start or two.

Rask said on Thursday that he felt “great” and thought he would only need one or two games in the AHL before joining the big club this week. While the game action part of the equation got scrapped, the timeline for his return to Boston ultimately didn’t change.

The Bruins have not yet announced any corresponding move following Rask’s signing. While it’s possible they keep three goalies on the NHL roster, the more likely option is that Jeremy Swayman gets sent to Providence at some point. The rookie does not need to go through waivers and could play regularly in Providence as he continues to develop.

That would leave Rask and Linus Ullmark to split the net in Boston. After a slow start to the season, Ullmark is now 8-2-0 with a .925 save percentage in his last 10 starts. He was in net for the Bruins’ two big wins in Tampa Bay and Washington on Saturday and Monday.

Cassidy praised the way all three goalies have handled Rask’s inevitable return, and Rask said the three of them have gotten along “great,” even if some on the outside have tried to suggest there’s some sort of controversy or tension.

“Obviously people from the outside are looking for controversy,” Rask said. “There’s always controversy when you play in Boston. But so far, sharing the net with Sway and Linus in practice, we get along great. It’s been good. Like I said, I just want to help out as much as I can.”

Rask, the Bruins' all-time winningest goalie, is now back for a 15th season with the team. He went 15-5-2 with a .913 save percentage last season while battling the hip injury that ultimately forced him to undergo surgery over the summer. The last time he was healthy, in 2019-20, he finished second in Vezina Trophy voting. 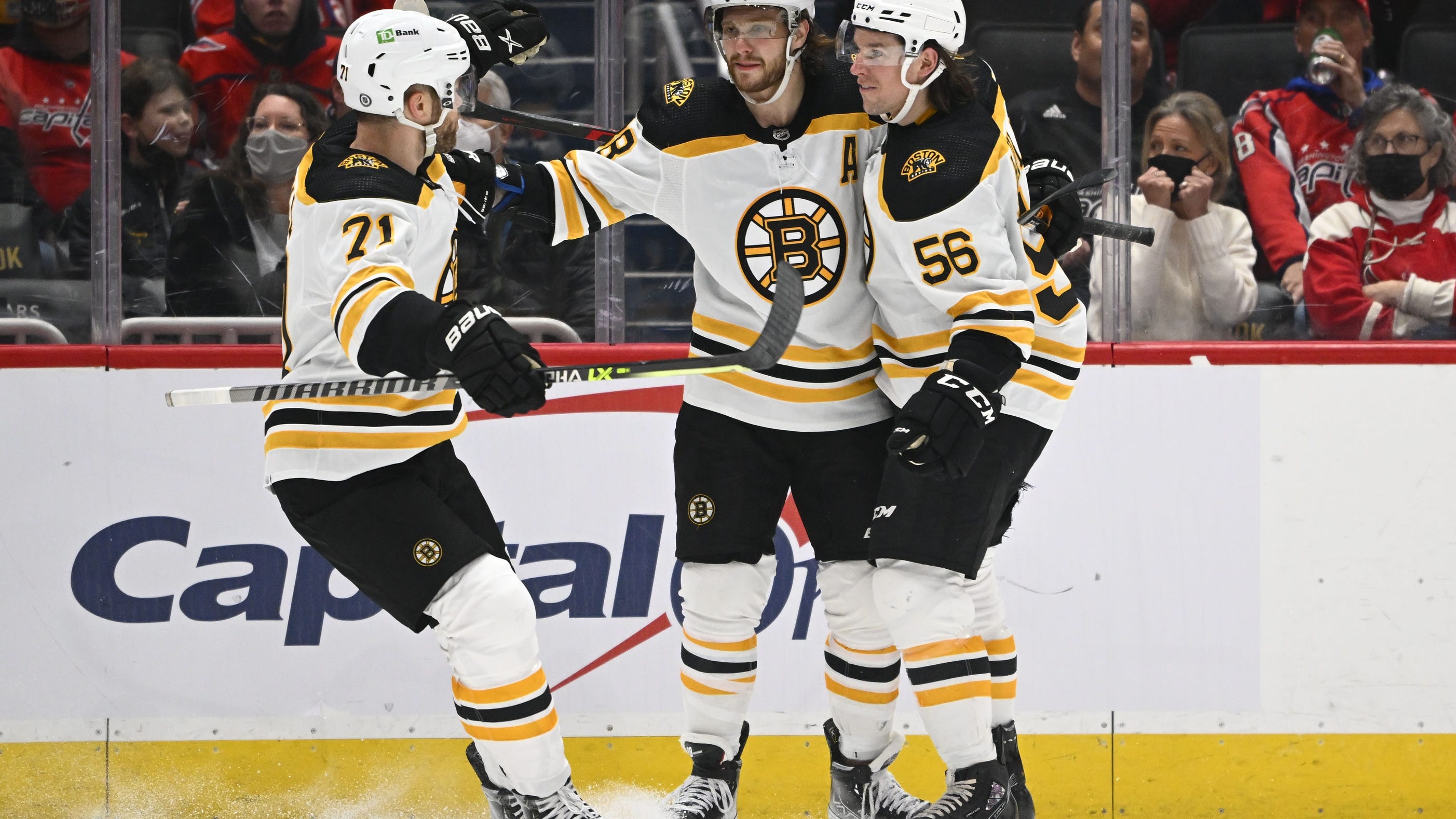 Giving up on the Bruins looks pretty foolish right about now