The New York Giants could not have had things go any worse than they did during Sunday's loss vs. the Dallas Cowboys. First, the Giants lost star RB Saquon Barkley to an ankle injury after just coming off a torn ACL, then QB Daniel Jones went down (concussion), and finally Kenny Golladay exited the game with a knee injury.

If there couldn’t be any more drama, WR Kadarius Toney was ejected late in the Giants' blowout loss in Dallas after throwing a punch at Cowboys safety Damontae Kazee, which appeared to be an attempt to defend his teammate Evan Engram, who was in the middle of a scrum.

According to report from NFL Network’s insider Ian Rapoport, Toney will likely be fined, but no suspension is expected to be handed out.

This is good news for the Giants as their receiving core is completely depleted. Sterling Shepard and Darius Slayton were both out Sunday and now the Giants will likely miss Golladay for a few games. Head coach Joe Judge spoke on Toney’s punch after the game.

"Look, there's a pretty distinct line in terms of competing and doing the things we're not going to condone as a team that put us behind," Judge said. "That's not going to be accepted. It's not going to be condoned. That's as far as I'm going to go with that. Obviously, it resulted in him leaving the game and I'm just going to leave it at that right now."

Toney took to Twitter to issue an apology to Giants fans.

Wanna take the time out to apologize to the entire organization, Owners, My Teammates and the entire #BigBlue💙…your emotions just can get the best of you sometimes…..No Excuses just actions 💯🤞🏽#ThankYall

The ejection took away from what was a massive breakout performance for Toney. The first-round wideout was unstoppable for stretches Sunday, having a stat line of 10 catches for 189 yards. 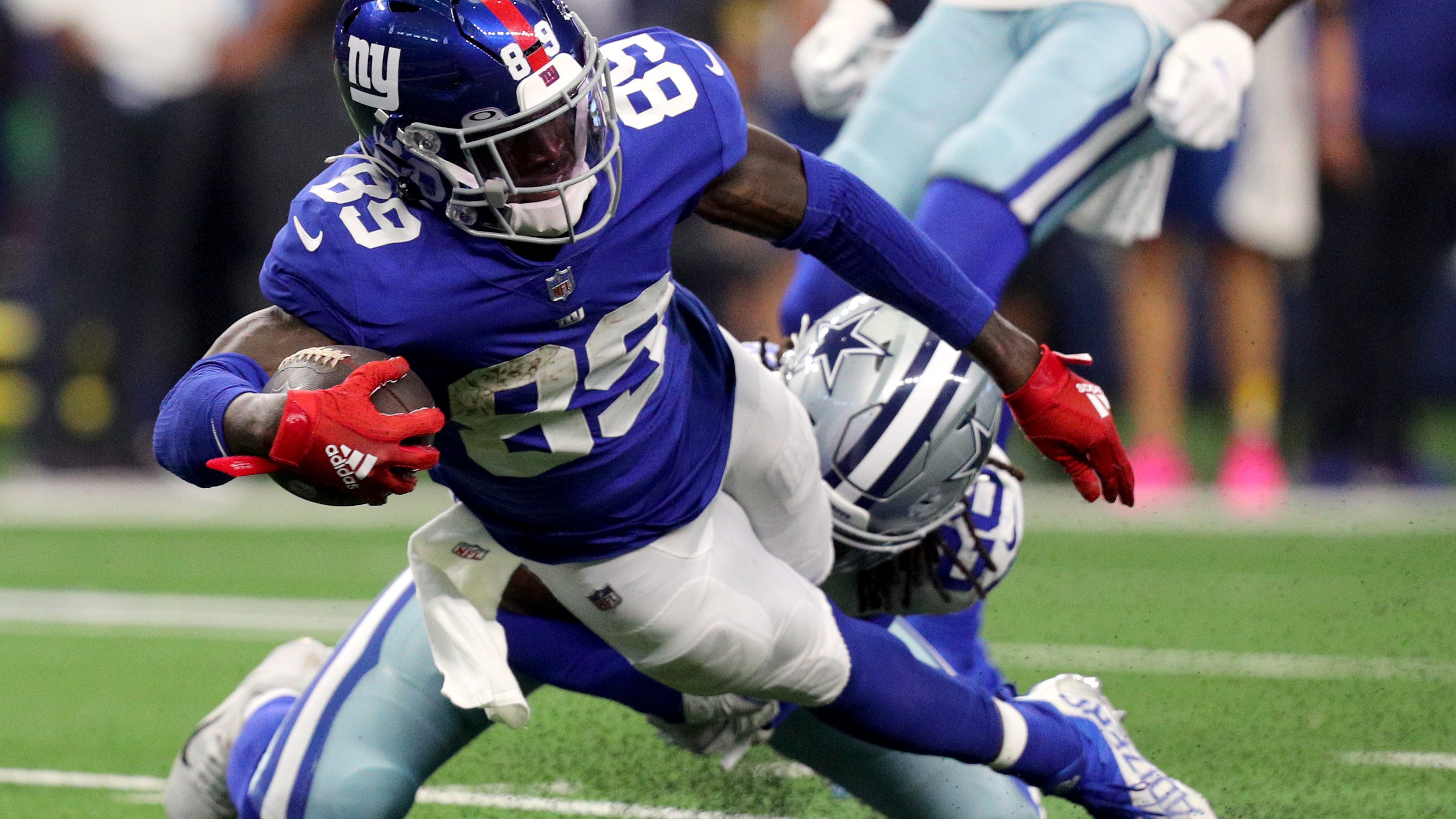 "I think he's being very productive," Judge said of Toney. "He's a very talented player. I've said for a number of weeks, especially at that position, the receiver position, it takes some time to learn. There a lot of difference coming from college to the League for those positions. These guys obviously have a lot of, just, natural ability. He's building a lot of technique, a lot of savvy. He's really understanding what the other teams are giving him. He's making plays. He was highly productive for us today in terms of making plays, getting down the field. He's a tough dude, I don't think there's any question about that and I think he's a very smart football player."