USA gymnastics star Simone Biles had a notably trying experience at the Tokyo Olympics -- but it sounds like she wouldn't change it for anything.

The seven-time medalist tied former Olympian Shannon Miller for the most baubles in US gymnastics history at these Games, adding two more to the five she collected in Rio in 2016 (including four golds).

Yet, Biles' silver and bronze in Tokyo were seen as relative disappointments compared to the lofty expectations at the outset, following her dominance five years ago. Biles, however, says the bronze she won after her setbacks was all the more sweeter -- and perhaps the sweetest. 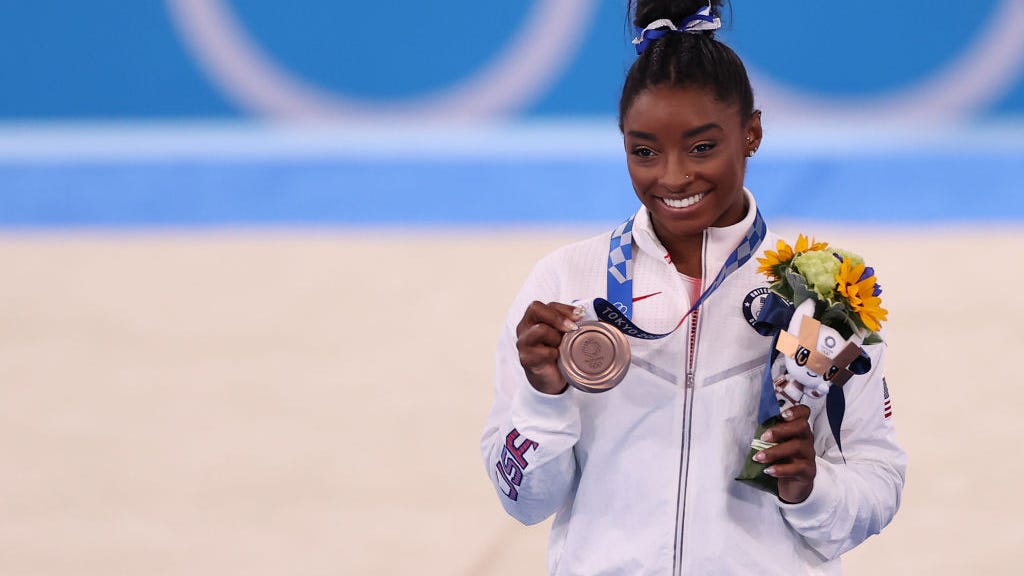 "It means more than all the golds because I've pushed through so much the last five years and the last week while I've even been here," Biles told Hoda Kotb of The Today Show. "It was very emotional, and I'm just proud of myself and just all of these girls, as well.

"I didn't really care about the outcome," she added. "I was just happy that I made the routine and that I got to compete one more time."

Biles, 24, withdrew from several events las week, citing anxiety and a case of the "twisties." She said she had to get medical clearance to compete again, including speaking with a sports psychologist.

The public and media response to Biles was largely positive, though of course it did touch off some fierce debate in certain corners.

Biles said she hadn't gotten a chance to fully process her "whirlwind" experience, but said there were misconceptions about the seriousness of her issues and the potential for injury -- that "mental health isn't a serious issue, that is was basically a cop out."

"The girls saw me in training, my coaches saw me in training; I physically couldn't do it safely, and it's because I was getting so lost in the air," Biles said. "Before team finals, the girls were terrified for me and they've never really been scared."

Biles also pushed back against those framing her withdrawals as "quitting."

"It wasn't an easy decision, so it hurts that people are like, 'Oh she quit' ... because I've worked five years for that," she said. "Why would I quit? I've been through so much over the past couple years in the sport. I just don't quit."