Believe me, there is nothing I’d like to do more after work on this dreary Friday than to go home home, slump on the couch and put on some basketball. Or hockey. Or golf, or darts, or spring training baseball or any of the other hundreds of sporting events canceled due to the unthinkable spread of coronavirus.

But the health and safety of players, coaches, faculty and fans has been compromised due to the extremely contagious nature of the virus, and as a result, the sports world is taking the necessary precautions. That doesn’t mean you’re completely stuck without sports, though.

Thanks to Netflix, there are several options available to temporarily provide sports relief. Here are some options, ranked within each sport, to help you curb your hunger for the excitement only accessible through sporting events. 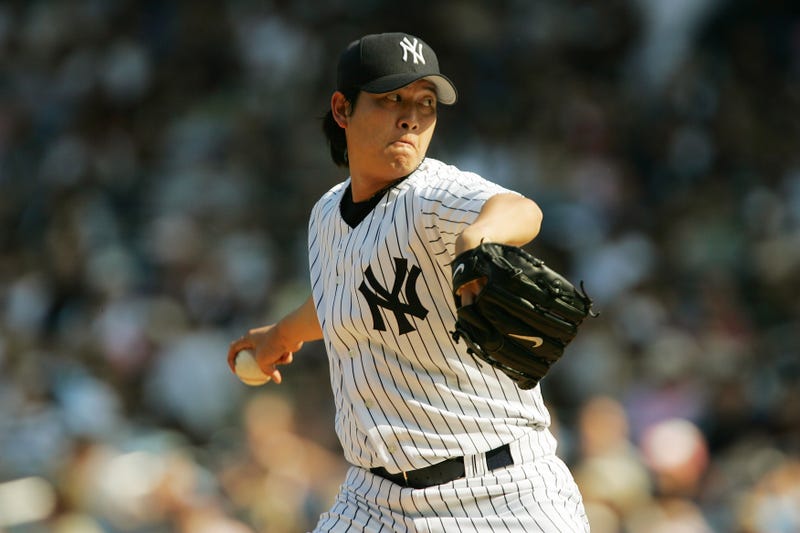 Chien-Ming Wang pitches for the Yankees in a 2006 game. Photo credit Getty Images

Chien-Ming Wang was a very good pitcher for a couple of years in the majors, but wasn’t necessarily a household name. His 68-34 career record, bolstered by two consecutive 19-win seasons with the Yankees in which he was considered their ace, reflects his short-term success. However, his career statistics aren’t the focal point of his biographical documentary on Netflix.

Instead, the film focuses on Wang’s fall from dominance following injuries and his attempt to fight back to the spotlight he once occupied. The film received high praise from critics and fans alike, collecting three nominations and winning two awards at major Asian film festivals (via iMDB).

A quirky documentary, The Battered Bastards of Baseball features Bing Russell (the father of Kurt Russell, who appears in a movie on this list) and his determined quest to bring baseball back to Portland, Oregon after the city was stripped of its minor league team. The Mavericks (no, they weren’t named the Portland Bastards despite the title of the film) went on to feature a roster of former big leaguers, Hollywood castaways and an ensemble of extremely interesting characters.

Kurt Russell is not the only recognizable figure to have played for the team. Jim Bouton, best known for his tell-all classic Ball Four, played with the team after the bulk of his big league days and inspired the title of the film. Joe Garagiola, a recipient of the Baseball Hall of Fame’s Lifetime Achievement Award for his many contributions to the game, was also on the team. The team’s batboy, Todd Field, became very successful in the film industry and found his biggest success as a writer for the 2006 film Little Children for which he was nominated for several awards.

Robert Redford did NOT play baseball with former classmate and Hall of Fame pitcher Don Drysdale despite the rumors, but he sure put on a show in the 1984 classic film The Natural. He looks like a natural, which helps to make the otherwise unbelievable plot easier and more enjoyable to consume.

It’s a story that rises and falls and brings your mood along with it, and though it differentiates completely from the book in its ending (perhaps, unfortunately, not for the better), the scandal, romance and classic ballplayer banter makes it a must-see for all baseball fans. Roy Hobbs, Pop Fisher, Harriet Bird and the entire cast of characters are forever entrenched in baseball mythology. 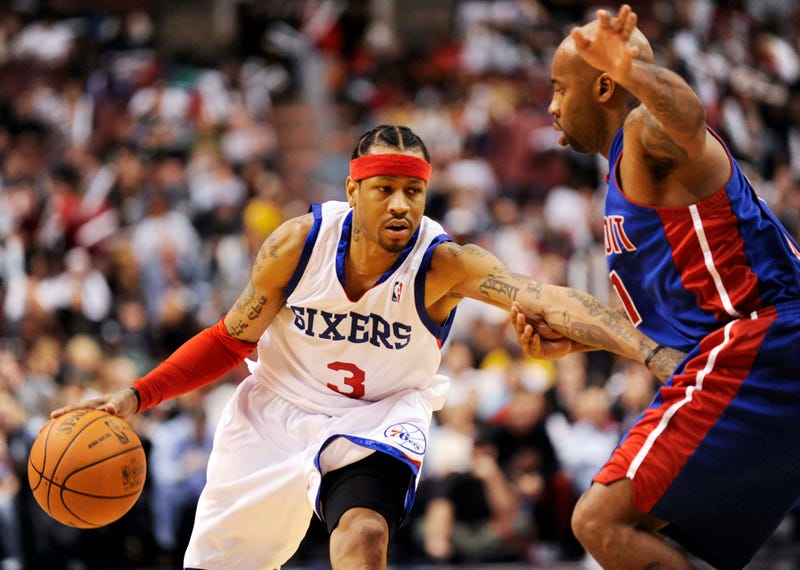 Allen Iverson during a game in his second stint with the 76ers. Photo credit USA Today

Okay, so that may not be the best review from Rotten Tomatoes, as the Tomatometer score officially identifies a film as “rotten” if it’s below 60%.

With that out of the way, could you ask for a more perfect time to rewatch the incredible career of Carter and soak in the legacy of Vinsanity? The 8x All-Star may have played his last game if the NBA season doesn’t continue, sending NBA Twitter into a frenzy in order to pay him his respects.

In the midst of everything. LETS CELEBRATE VINCE CARTER!!!! We don’t know what the future holds buts let’s give him his flowers and applause tonight!!!! Well done champ🌹🌹🌹

The Dunk Contest would not be the same without his immobilizing performance in 2000. Toronto would not have found its footing and relevance in the basketball world had it not been for his explosion onto the scene in the late 90s. And an entire generation of superstars would have lost a major influence in playing the game above the rim. It’s only right that you embrace Carter’s electric career for what could be the last time by checking out this documentary.

Allen “The Answer” Iverson wasn’t necessarily a polarizing figure while he was on the court. Everyone loved and respected his ability on the floor as the perpetual underdog given his height and pugnacious attitude. Iverson leads all NBA players who are 6’0” and under with an astounding 26.7 ppg average, 99 win shares and 20.9 PER (among qualified candidates).

That’s not to say his career wasn’t filled with its fair share of lows, too. His upbringing was defined by poverty, he has a criminal record with various different alleged cases on it and he didn’t exactly represent the type of role models most parents would want their kids idolizing given his love of vulgar hip hop and his frequent gambling.

All of this, the good and the bad, is intertwined in this documentary that features a lot of first-person perspective from Iverson himself, giving you a look into his life and access that sports documentaries rarely offer.

Forget the ratings… this is a movie that simply can’t be topped in the basketball department of Netflix.