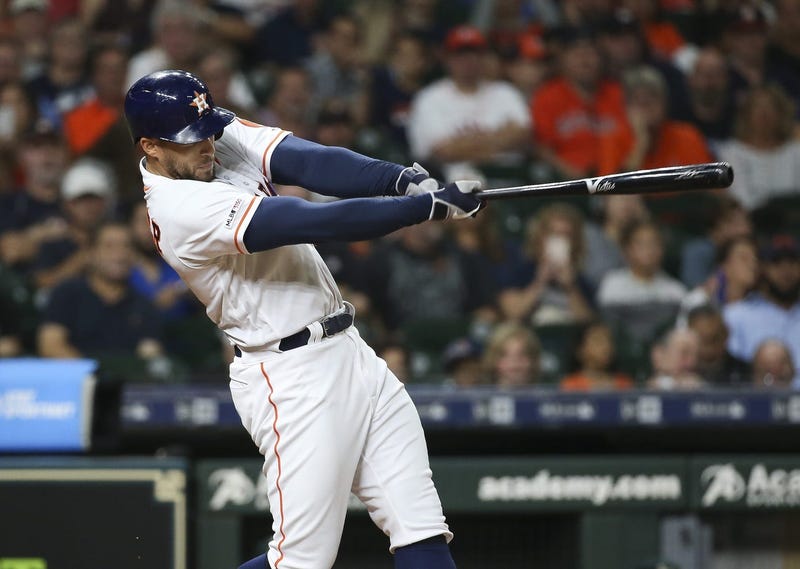 HOUSTON (SPORTSRADIO 610) – With four home runs in Tuesday’s loss to Oakland, the Astros upped their season total to 252, a single-season franchise record.

George Springer and Martin Maldonado both hit a pair of home runs each to help lift the Astros to unprecedented heights.  Entering the game one home run behind the previous single-season high of 249, set in 2000, the Astros broke the old record, and are now looking ahead to how high they can raise that bar.

With 252 homers on the year, the Astros have hit an average of 1.72 home runs a game, which if the Astros continue on that pace would give them 279 on the season, breaking the previous record by 30.

The Astros have already set a franchise record with six players accounting for 20 or more home runs, led by Alex Bregman’s 35 and George Springer now with 33 after his multi-homer game on Tuesday.  Carlos Correa needs just one home run to join the 20 home run club, while Robinson Chirinos is three home runs shy of reaching that accolade.