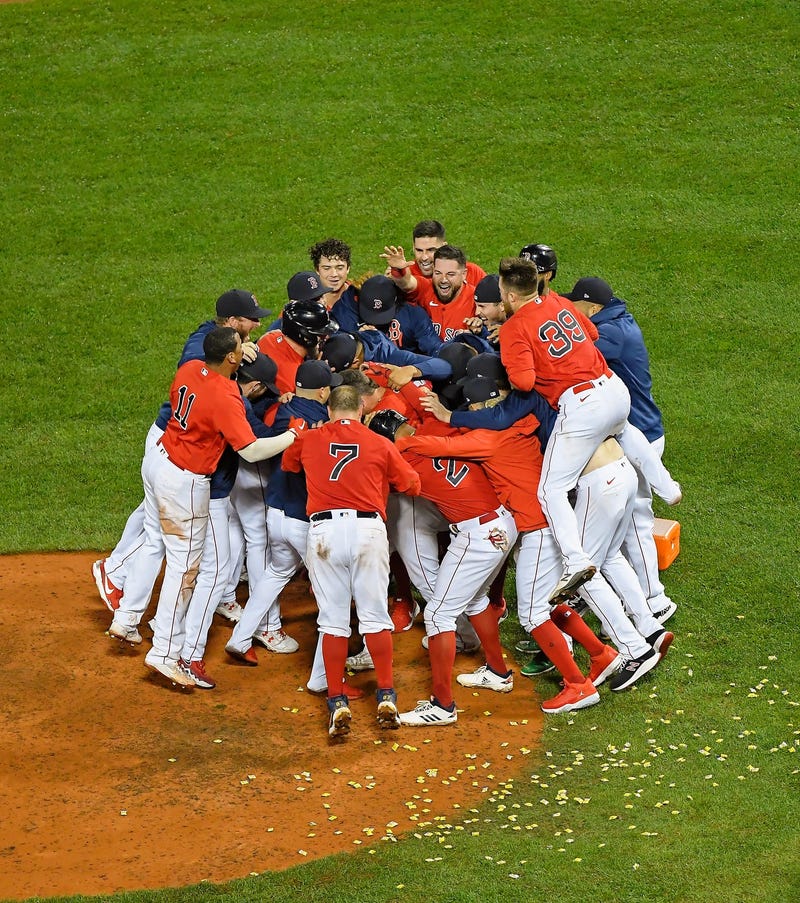 The Tampa Bay Rays were heavy favorites to beat the Boston Red Sox in their American League Division Series, so Boston’s four-game series win was a surprise to most on-lookers, but SportsRadio 610 spoke to an American League East coach who said he wasn't surprised the Red Sox took down the reigning American League champs.

“I think the Red Sox started playing a lot better ball down the stretch,” the coach said. “They started getting a lot of players healthy, and even the last couple of times we played them, you could tell they were really kind of in playoff mode.”

This is Boston's first playoff appearance since winning the World Series in 2018, and it needed to sweep the Washington Nationals during the season’s final weekend just to get here. This coach believes playing big games down the stretch helped beat the Rays, but this coach gives manager a great deal of credit for what the team has accomplished so far.

“He’s not one of my favorites, but he is into the game and they’re prepared. I think they’re going to surprise some people, still, even though they may not be the favorites.”

The Red Sox finished the regular season ranked in the top five in runs scored and OPS, but for this coach, who faced them 19 times, other areas of their team stood out.

“I think there’s some veteran leadership there, some guys with some experience with (Xander) Bogaerts and (J.D.) Martinez. I think defensively they’ve been kind of sound, in my opinion, (Hunter) Renfroe out there in the outfield has been really solid.”

After getting shutout in game one against Tampa in game one of the ALDS, Boston’s offense erupted for 26 runs in its three wins. It’s a lineup loaded with star power in the middle, but there are no easy outs.

“I think all the hitters from one to nine just how they basically all their approaches seemed like they were solid. Early on some of the guys were still trying to make some adjustments, but when we caught them again the second time, everything was working for them. It wasn't the best lineup we faced, but one through nine everybody played their part and could do damage.”

This coach said Martinez and Bogaerts were the two hitters that scared him the most when games were on the line over the course of the season.

“You can't really make many mistakes to (them). You're not sure what they're sitting on, what they're looking for at times, and that will make it really difficult to pitch to them.”

The Red Sox pitching staff was middle of the pack during the regular season, though they were without seven-time all-star Chris Sale until he made his return from Tommy John Surgery on August 14. He made nine starts during the regular season and finished with a 3.16 ERA, though that number was two runs higher away from Fenway Park. He’ll start game one at Minute Maid Park following a rough outing in game two against the Rays, but the key to Boston’s staff will get the ball on Saturday: Nathan Eovaldi.

“He’s just an ace. He’s got everything. He’s got velocity, he’s got movement, he mixes his tempo, has a good pick off move. Some guys have run on him, but he’s quick to first base. I think he just like anybody else's ace in the playoffs, when he gets the ball like Scherzer or somebody else, it's a must win, you gotta win those days.”

The Astros will have homefield advantage in this series, which is a significant advantage because they were just one-of-five teams to finish with a better home record than the Red Sox during the regular season, and both teams are undefeated in their ballpark during the playoffs, and this coach believes winning the first two games at Minute Maid Park this weekend is vital.

“To me that atmosphere is like no other than baseball. Everything is just close, right on top of you. The fans really understand the game, and you can tell how they feed off the crowd.”