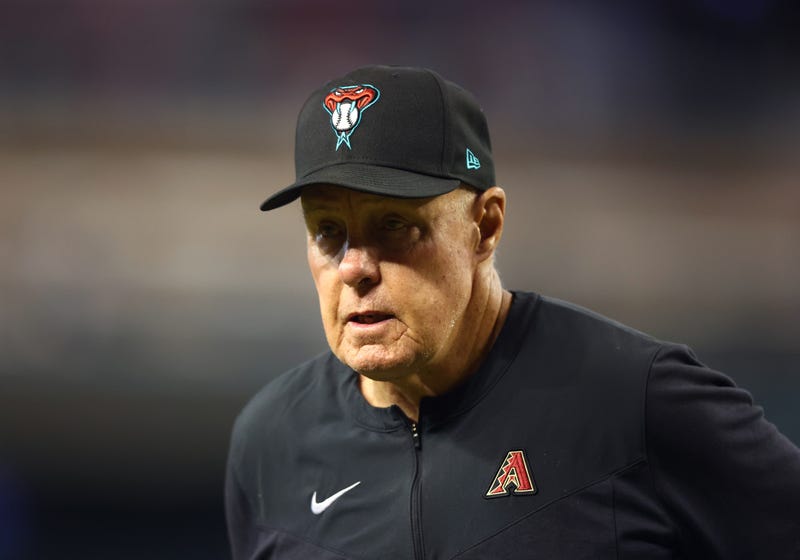 HOUSTON (SportsRadio 610)- Brent Strom avoided walking past the Astros clubhouse when he arrived at Minute Maid Park on Tuesday afternoon.

"A lot of memories," Strom, now the pitching coach of the Arizona Diamondbacks said. "I grew up with these guys. A lot of my success is owed to them."

Strom was the Astros pitching from 2014-2021 and he was emotional throughout his seven minute media session from the visitors dugout, needing a towel to wipe away tears at one point. Strom caught up with much of the Astros coaching staff before Tuesday's game and wasn't surprised he was emotional.

"Been looking forward to this," he said. "A little bit difficult because the last time I was here (Jorge) Soler hit a ball about 450 feet and we lost Game Six, but it's fun to see the guys."

Strom announced after that game he would leave the Astros organization with the belief the pitching staff was in good hands with lieutenants Josh Miller and Bill Murphy, and that faith has been justified.

"I talked to Josh and Murph and they both they're both exceptional pitching coaches," he said. "One of them is gonna eventually have to leave (the Astros) I think and and cut his own teeth himself, but the both of them are exceptionally good teachers and they do really well with the analytical template the Astros have."

Despite his separation from the Astros organization, Strom said he's kept close tabs of how his old team has been doing. He's not surprised at the success enjoyed by Justin Verlander, Framber Valdez, Cristian Javier, Luis Garcia and Jose Urquidy, but he has been impressed with how Bryan Abreu has blossomed out of the bullpen.

"I've been following it all year, and I think they're second in baseball in era, I think to the Dodgers, and obviously with the offense they have, the defense is stellar, it's just an all around great team, and I'm pulling for them."

A native of Tuscon, Strom expected to retire after last season until the Diamondbacks called and pulled him back into the sport. He'll turn 74-years old next month and will return in 2023 to fulfill the final year of his contract.