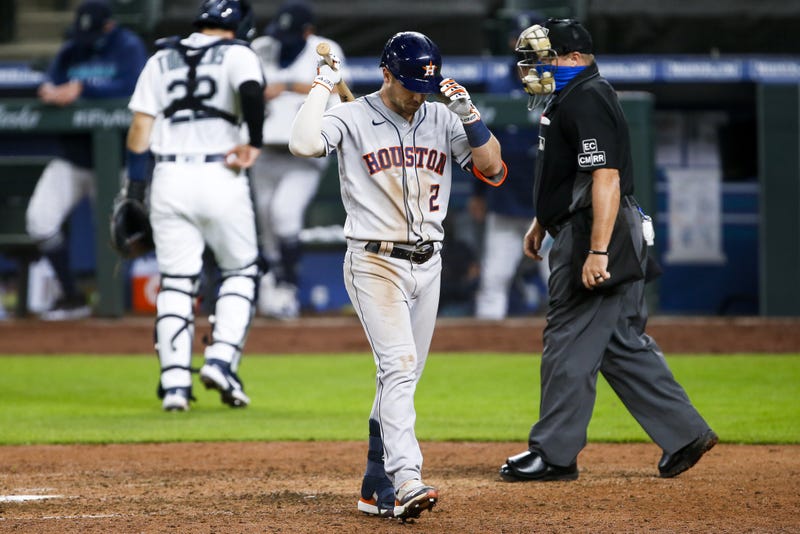 There may be just four games remaining on the Astros 2020 regular season schedule, but Alex Bregman believes that’s more than enough time to fix their offensive woes.

“To be honest with you, it’s one swing,” Bregman said.

Josh Reddick’s ninth inning, two-out, two-run single that left the bat at just 71.5 MPH allowed the Astros to avoid a second shutout in three games against one of baseball’s five worst pitching staffs. Coincidentally, the Astros are one of baseball’s worst offenses, sporting a .712 OPS through 56 games in 2020, down from a league best .848 a season ago. Through 23 games in September that number has dropped to .642.

Alex Bregman explains why the Astros haven't been able to sustain any sort of offensive success this season pic.twitter.com/sNc88FPadJ

“We’re better hitters than what we’re hitting,” Astros manager Dusty Baker said. "I know (hitting coaches Alex) Cintron and (Troy) Snitker, they’re pulling their hair out and trying to figure out what's wrong, and I'm trying to help them. The guys are putting in the work and putting in the time.”

What’s been most confounding about the Astros’ offensive struggles is that this is pretty much the same group that crushed opposing pitchers last season. Only Yordan Alvarez is absent from the lineup, and his replacement, Kyle Tucker, has the club’s second best OPS, but there have been signs of the team breaking out of it’s slump.

Wednesday’s poor showing followed a six-run output in a win over the Mariners and 10 days after tagging Dodgers closer Kenley Jansen for five runs in the ninth inning during a thrilling win in Los Angeles, but the Astros offense just hasn’t been able to sustain any success.

“There’s been some flashes,” Bregman said. “But in hitting we talk about repeatability and being able to repeat your swing. We need to repeat what we're doing at the plate when we're good, and we're not doing a good job of repeating constantly. For myself, mechanically, I've been bad. Working on it every single day and going to continue to do that. That's the only way for success is to continually work."

The good news, according to Bregman, is that every Astros hitter is more than capable of breaking out at any moment.

“The level of athlete that’s here, when you take one swing that is right, you can repeat that one swing and it will get you locked in for a long time. I feel like we’re all just one swing away. I'm not saying like one swing for the entire team, but each individual guy is one swing away from feeling good again, feeling right, and hopefully we'll each get that one swing here in the next four days, and we'll get on a roll and win a bunch of games."

I asked Alex Bregman if 4 games is enough time to fix the Astros offensive issues.

“The level of athlete that’s here, when you take one swing that is right, you can repeat that one swing and it will get you locked in for a long time." pic.twitter.com/ndKbwJ2PCZ

The Astros magic number to clinch a fourth straight playoff berth is two, heading into their season-ending four game series against the Rangers.