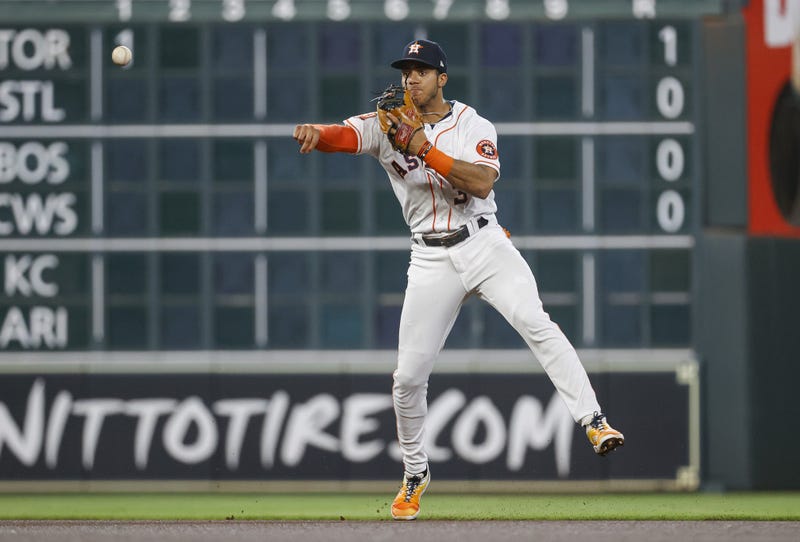 HOUSTON (SportsRadio 610)- Astros shortstop Jeremy Peña is a healthy 24-year old with an off day coming up on Thursday, yet he was not in the Astros lineup for Wednesday's series finale against the Cleveland Guardians. Astros manager Dusty Baker says they are playing the long game with their star rookie.

Peña has appeared in 38-of-44 games this season, which means he's played more over the last seven weeks than at point since the 2019 season, and he's barely crossed the quarter-point of the 2022 regular season.

He played in 109 games during the 2019 season plus another another 24 games in the Arizona Fall League. COVID wiped out the entire 2020 minor league season, though he was able to get 30 games under his belt during the Dominican Winter League season, and then a wrist injury cost him all but 37 games of last season before another 30 game jaunt to the Dominican Republic.

"He's going someplace where he's never been before, so it's kind of up to me and up to us to kind of navigate his way through this to help him."

The rookie shortstop has dulled the loss of Carlos Correa in free agency by slashing .293/.347/.504. He leads the first place Astros with a 2.3 bWAR, but a Major League Baseball season is a 162 game slog, not a 40 game sprint, and no one knows that better than his manager.

"When you're young and exuberant and you got a chance to play and you're doing pretty good you're not looking at the future, you're just looking at today," Baker said. "I've been there too, but I played more games than he played.

"We gotta take care of him."

The Astros are finishing a stretch of 33 games in 34 days on Wednesday. Knee discomfort forced Peña to miss four games on the team's recent road trip, but he had played in eight straight games since his returning.