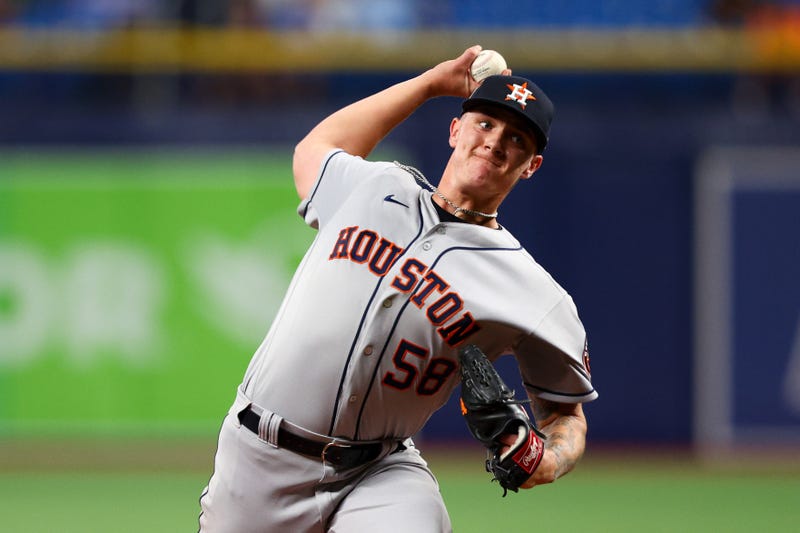 HOUSTON (SportsRadio 610)- If Hunter Brown is to impact the Astros upcoming playoff run it will most likely come out of the bullpen, a role he has filled well thus far in his short time in the big leagues.

"Brother Brown, he's looked excellent," Astros manager Dusty Baker said Wednesday. "The only thing that we didn't do was back-to-backs. He's started, he's went one inning, then he went two innings, two and a fraction. We have to keep an eye on him."

Brown has not allowed a run in five relief outings with the Astros, spanning 8.1 innings. He's surrendered seven hits and four walks while striking out 11. The Astros won't release their playoff roster until Tuesday morning, but there's reason to think Brown could be included.

"I remember us going to the World Series with a rookie closer, Steve Howe in LA," Baker recalled. "I think it's easier for a young pitcher than it is for a young hitter. If a guy has stuff and has control, you look at the Miracle Mets, they had almost all young pitchers."

Rated as the Astros top prospect, Brown was added to the Major League roster when it expanded to 28 on September 1. He compiled an 0.89 ERA in seven games with a strikeout/walk rate better than 3-1, but isn't all that impressed his manager.

"He's thrown the ball well, plus he has a good demeanor, excellent demeanor. You don't know until you get to the playoffs, and the pressure, what a young man may do, but all you can do is go out there and go for what you've seen."