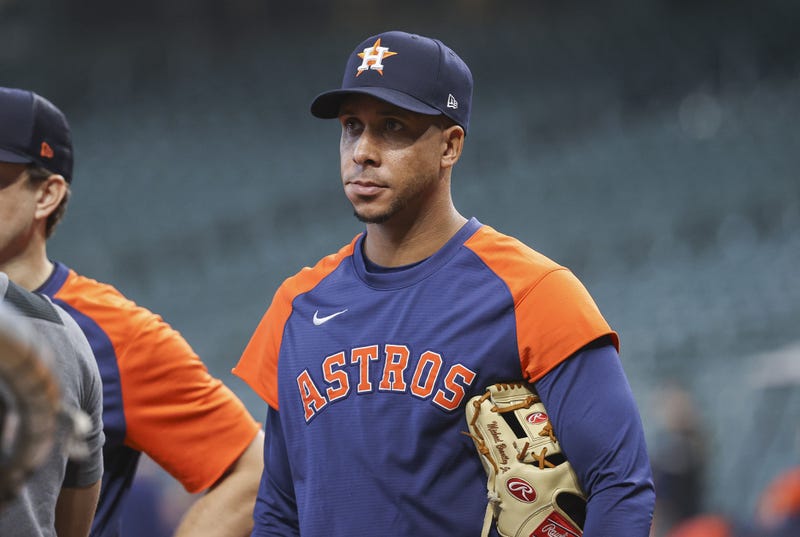 Astros outfielder Michael Brantley says he is progressing well with his rehab from the right shoulder surgery he underwent in August and will be able to start swinging a bat again in January.

"I'm feeling great," Brantley said Wednesday in a virtual press conference announcing his one-year contract with the Astros worth a reported $12 million plus incentives. "I'm working hard all offseason to get back, but overall I'm doing phenomenal, really happy where I am physically."

Brantley said it was his goal to remain with the Astros when he hit free agency after the World Series. He was in Vegas with his teammates earlier this month, and he was showered with positive responses and jokes in a team group text after he agreed to rejoin the Astros.

"It's like a big brotherhood, so good to have that opportunity to say that I'm coming back and get all these positive texts and get to talk to your teammates again and knowing you're going to put on an Astros uniform again. It's very exciting."

The Astros have advanced to the World Series in three-of-four seasons since Brantley signed with the team, and while they've lost some key pieces this winter, he believes they are primed for another run.

"Every time you step into spring training with this team we know we have high expectations for ourselves, and everybody around us has high expectations, and that's the fan base. They deserve it. We've had a good run so far, but you got a lot of guys in that locker room that work hard and compete every single day at a very, very high level, and we're never complacent in our locker room. We're gonna go out there and give it our best effort."