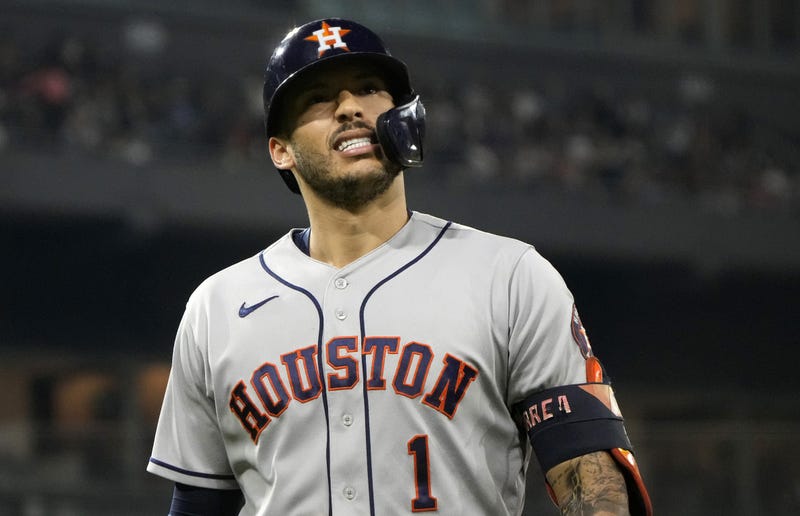 HOUSTON (SportsRadio 610)- While the Astros were taking on the New York Yankees on July 9, their shortstop, Carlos Correa was in the emergency room dealing with the effects of a virus.

"I had a sore throat, I got a runny nose, really bad congestion, going to the restroom lot, and a bad headache, also, so it was it was miserable for at least three days," Correa recounted on Monday.

Correa said he did not test positive for COVID-19, but he did receive two IVs while at the emergency room. He didn't spend the night, but spent the next five days laying on the couch.

The hardest part of the illness for Correa was that it forced him to miss the Astros entire series against the Yankees, but also, because it happened right before the All Star Break, it kept him off the field even longer. Correa made his return to the lineup on Friday in Chicago, so he went eight days between games.

"You don't want to miss that many days without playing," he said. "You can lose that baseball shape."

Correa started all three games of the Astros series against the White Sox, but failed to reach base in all 10 of his plate appearances and he struck out five times, and he blamed the poor results on his long layoff.

"I didn't see any pitching, it messes up your timing and facing the White Sox pitchers doesn't help with that either, but at the same time, I feel like I'm really close. I feel like my swing is where it wants to be, it's just a matter of timing, and hopefully I can get it this series."