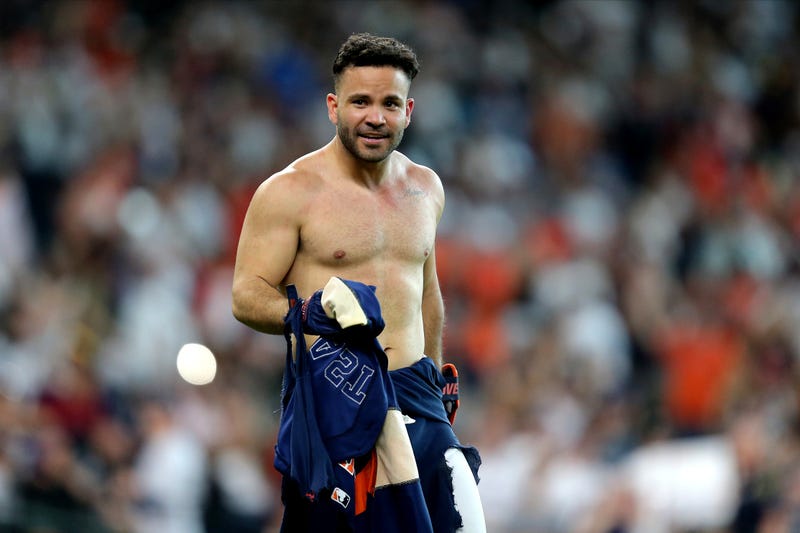 HOUSTON (SportsRadio 610)- On the tenth anniversary of his Major League Debut, Astros second baseman Jose Altuve told reporters a story about the day before.

"I was on the bench and Humberto Quintero was hitting," Altuve recalled. "Brad Mills, who was the manager, told me if he gets on base I gotta go and pinch hit for the pitcher and bunt."

That's when the butterflies took over for the 21-year old because he couldn't remember the last time he bunted in a game.

"I was hoping he'd strikeout," Altuve joked. "I didn't want to go up there and bunt."

Quintero failed to reach, so Altuve was saved, and the next day he made his Major League debut and single in his fifth at bat in a 3-2 win over the Washington Nationals at Minute Maid Park. Altuve reflected on his 10 years in the big leagues on Tuesday.

"I'm very thankful," he said. "For me it doesn't seem like 10 years. Time goes quick, time flies, so you have to enjoy everyday because times go quick."

Over the course of his 10 years in the Majors Altuve has gone from underdog to one of the game's very best players. His resume includes three batting titles, seven All Star Game selections, an MVP, and a World Series championship, which has made his career better than he ever could've imagined.

"It's one thing to dream as a kid playing in the Big Leagues, and another thing is actually making the dream come true. It's totally different, this is way better than what you actually dream."

A star today, Altuve had plenty of doubters back then. The Astros declined to sign him after his initial tryout in 2006 because of his meager size, but upon a second workout, the team changed its mind, a decision that has proven to be a good one, but Altuve says his motivation hasn't been about proving the doubters wrong.