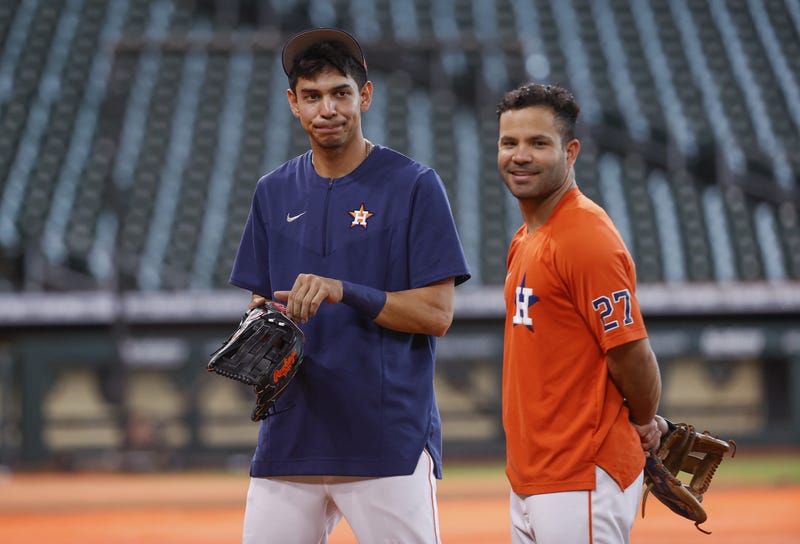 HOUSTON (SportsRadio 610)- After playing both middle infield positions in his first two games as an Astro, Mauricio Dubón was written in Dusty Baker's lineup as the centerfielder for Friday's game against the Texas Rangers.

The Astros acquired Dubón in a trade with the San Francisco Giants on Saturday and Friday will be his second start with the team. Baker managed in San Francisco from 1993-2002 and he has leaned on contacts from the Giants organization to get a sense of what Dubón can do.

"I heard he's a good player," Baker said. "I heard he hustles. I heard he's a smart player. He's got good speed, good arm and he's up there to hit. He ain't taking. It's called hittin', it ain't called takin'."

Coming off a long road trip that saw the team arrive in Houston at 4 am on Thursday morning and as he maneuvers through a 33 games in 34 days stretch, Baker would like to have started Dubón in the outfield a day earlier, but wanted him to get familiar with the Minute Maid Park outfield.

Friday will be Dubón's 51st Major League start in centerfield.