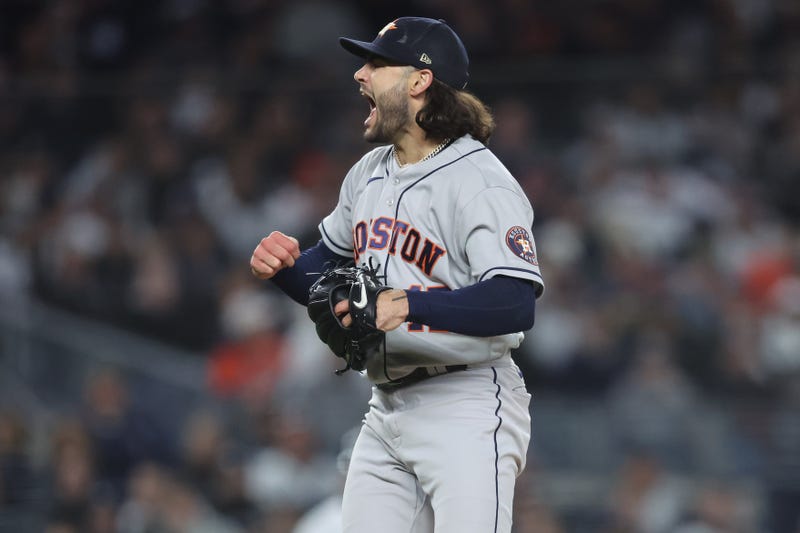 HOUSTON (SportsRadio 610)- Even though he allowed just one run over his six innings of work when he faced the Phillies on October 3, Lance McCullers Jr was impressed by the challenge their lineup posed.

“I mentioned to Justin (Verlander) that I thought they had one of the most complete lineups that I had faced,” McCullers recalled after the Astros won game two of the World Series on Saturday night. “They do a lot of things really well. They have guys really from the jump with (Kyle) Schwarber all the way down until at least the middle of that lineup that hit for average and hit for power.”

“Lance has been our big-game guy,” Astros manager Dusty Baker said. “This guy is a competitor. He's confident. He's a great guy to have on the team.”

Tuesday's start will mark McCullers’ return to the World Series for the first time since he got the ball for game seven in 2017. The right-hander was recovering from Tommy John Surgery in 2019 and a forearm injury kept him out of last year’s Fall Classic.

“I'm really excited,” McCullers said. “They came in here and did what they were supposed to do, and they got the split 1-1, so it's going to be up to us to go into their park and play three on the road and play good baseball.”

McCullers should be used to pitching on the road in postseason play. He tossed six shutout innings in game three of the Division Series in Seattle and stuck out six over five frames in his ALCS start at Yankee Stadium. Over the course of his career, McCullers’ ERA is almost two runs lower at Minute Maid Park, but he says he loves pitching on the road, especially during the playoffs.

“I think it's really cool to pitch on the road in the postseason. I think it's when you get to experience the most raw and real atmospheres in all the game.”

This is the 25th World Series that has been tied after the first two games since 1969. The winner of three has gone on to win 19 of the previous 24, but in this most crucial of games there’s no one the Astros would rather have on the mound.