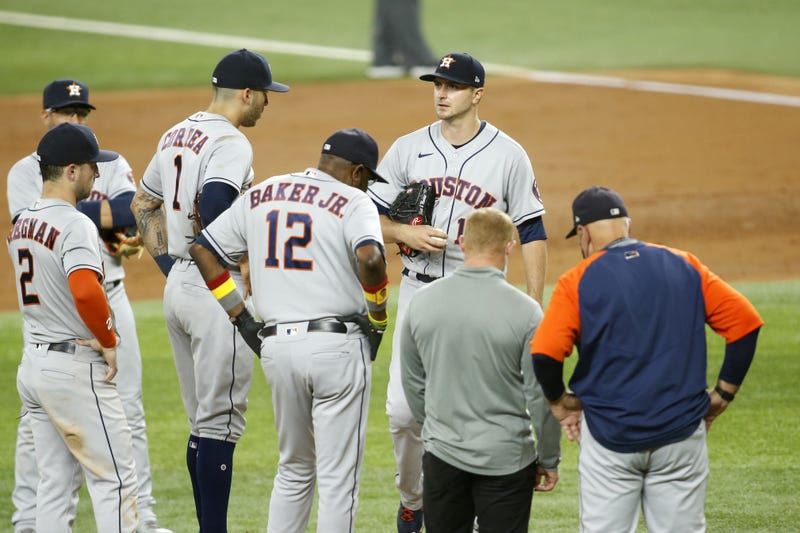 A day after he was forced to leave his start against the Texas Rangers in the second inning, the Astros placed Jake Odorizzi on the 10-day IL due to right foot soreness.

Odorizzi exited Monday's game following a ground ball to first by Rangers' second baseman Nick Solak. Odorizzi covered the bag and was credited with the putout, but Astros manager Dusty Baker said he was unable to put any weight on his foot.

The right-hander is 6-7 with a 4.22 ERA in his first season with the Astros. He made headlines last week by complaining about his usage after being removed from his start against the Seattle Mariners while throwing just 66 pitches in five innings. This is Odorizzi's second IL stint this season, a forearm injury forced him to miss more than five weeks in April and May.

The Astros replaced Odorizzi on the 28-man roster by reinstating Tuesday's scheduled starter, Zack Greinke from the IL.