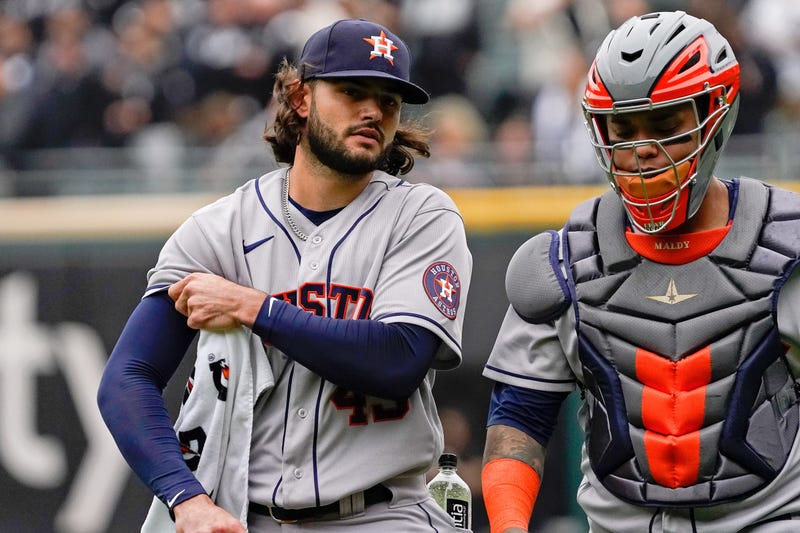 HOUSTON (SportsRadio 610)- The forearm strain that forced Lance McCullers Jr out of his start in Chicago after four innings on Tuesday also kept him off the Astros American League Championship Series roster, but the team says the injury won't impact him in the long term.

"The diagnosis was he had an injured muscle in his forearm, and he is not able to throw a ball right now," Astros manager Dusty Baker said Friday. "There was nothing structural, knock on wood because he had just come off Tommy John (surgery) two or three years ago, So it's not anything structural."

McCullers underwent Tommy John Surgery after the ALCS in 2018 and has generally been healthy since returning. A shoulder injury landed him on the Injured List in May, forcing him to miss three weeks, but he made 28 starts and threw 162.1 innings during the regular season, both career highs.

"I'm sure it's killing him on the inside (to miss the ALCS), but externally he seems fine," Baker said. "He is a big boy, and he is also a team player where he will pass his knowledge on to the younger players and to some of the guys that haven't been here on how to handle this situation."

The Astros are unsure of McCullers' availability if they were to advance to the World Series. Game one is scheduled for October 26.