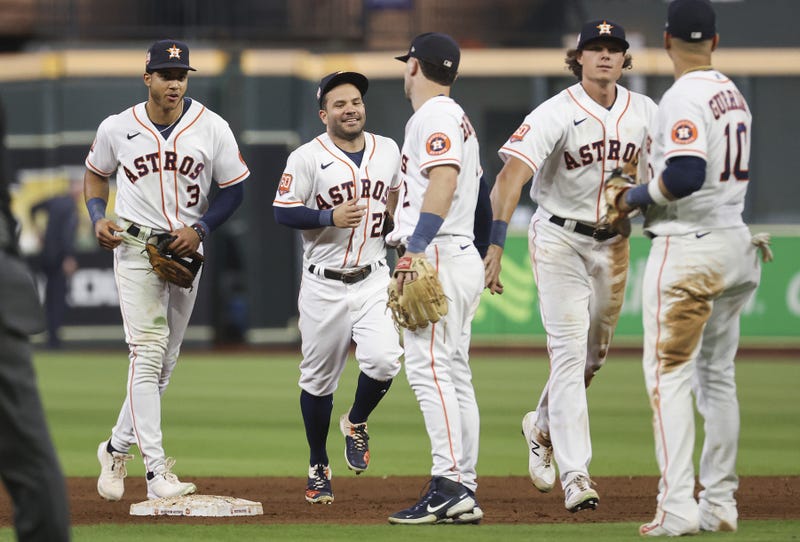 HOUSTON (SportsRadio 610)- As his team prepares to play its final three regular season games against a Phillies team on the verge of clinching a playoff spot, Astros manager Dusty Baker will start his regulars "for the honor and integrity of the game", but he'll also cycle players out with the playoffs in mind.

The Astros will have five days between Wednesday's regular season finale and game on of the American League Division Series on October 11, so Baker wants to make sure his whole roster sees action.

"I'm gonna plan on playing my starters and then getting them out of there in the fifth or sixth inning after a couple of bats or else my extra men won't get any work," Baker said.

Baker will throw his top three starting pitchers against the Phillies, who arrived at Minute Maid Park with their magic number to clinch the National League's final Wild Card spot down to one. Lance McCullers Jr and Justin Verlander will start without restrictions during the series' first two games, but Framber Valdez is likely to have a pitch limit on Wednesday.

An illness pushed McCullers eighth start of the season back three days, meaning he will have made just one appearance in the three weeks leading to his first playoff start. Verlander will make his fourth start since returning from the injured list on Tuesday.

"Framber, we might have him on a little shorter leash, because he has (a lot of) innings and the last couple starts haven't been great, but they've been good," So we'll see, and it depends on on how much work we want to get our relievers."

Martin Maldonado is likely to start all three games against the Phillies, but Baker said he'll substitute Christian Vázquez once the starter exits.