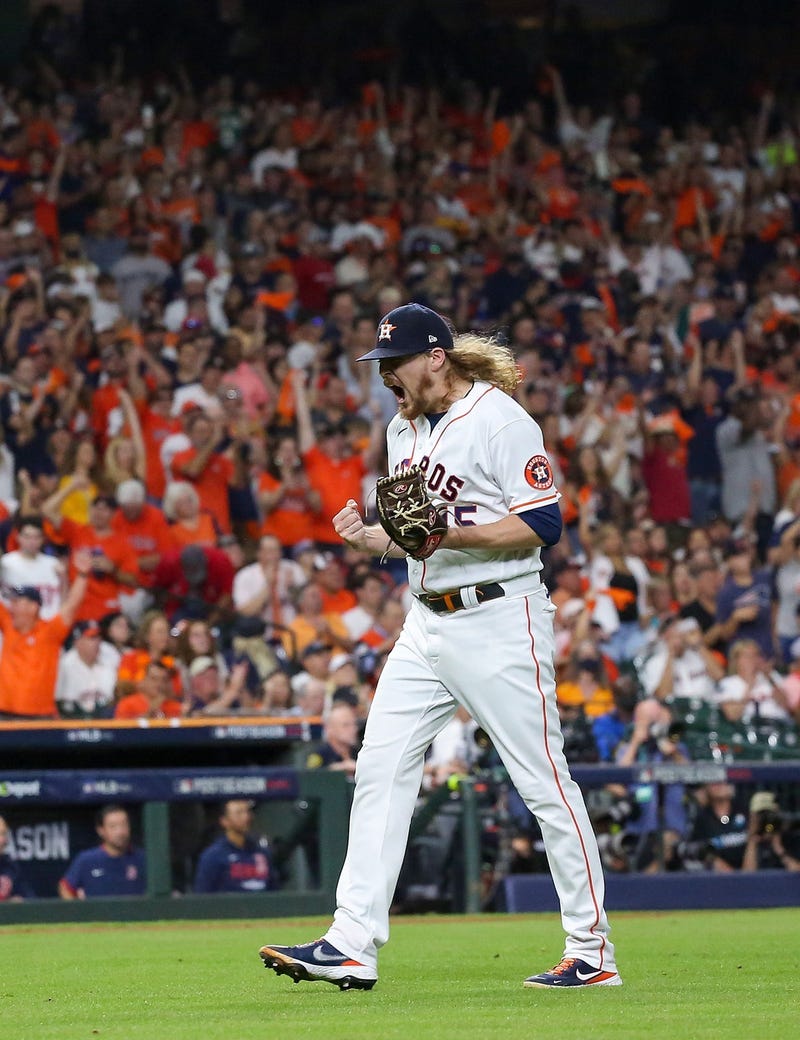 HOUSTON (SportsRadio 610)- For the first four months of the 2021 season the Astros bullpen was a weakness. Ryan Pressly produced at an All Star level and Ryne Stanek had his moments, but on balance the unit was unreliable and maligned. On Friday night at Minute Maid Park the Astros bullpen kept them in game one of the American League Championship Series and ultimately helped them beat the Boston Red Sox 5-4.

“I think that was the key to win the game,” Astros second baseman Jose Altuve said.

The Astros needed 19 outs out of their relief core on Friday. Framber Valdez struggled to throw strikes and had to be lifted with two outs in the third after surrendering three runs. Yimi Garcia started the merry-go-round by stranding runners at second and third when he struck out Christian Arroyo to end the third.

“Yimi Garcia came early in the game and stopped the bleeding,” Altuve said. “Every single guy that came after him did amazing.”

Cristian Javier struck out four in two scoreless frames, and Phil Maton worked around a walk in the sixth. With two lefties due up in the seventh, Dusty Baker turned to Brooks Raley after Altuve’s two-run homer tied the game. He gave up a leadoff single to one of those lefties, Kyle Schwarber, but struck out Xander Bogaerts and induced a fly out from Rafael Devers. Ryne Stanek finished the inning by getting J.D. Martinez to ground into a fielder’s choice

Carlos Correa’s home run in the bottom of the inning put the Astros on top, setting the table for Kendall Graveman to throw up a stressful zero in the eighth, and after Altuve’s sacrifice fly gave them an insurance run, which was needed following Kike’ Hernandez’s leadoff homer off Ryan Pressly in the ninth, but he recovered to retire the next three hitters to preserve the win.

In all, the Astros used seven relievers and all seven did their job.

“I love our bullpen,” Correa said. “I have a lot of confidence. It's all about mixing and matching and having the right pockets for the guys. We got a lot of guys that can get the job done, and I truly believe that our bullpen was outstanding today, as you saw.”

The bullpen deployed by Dusty Baker on Friday was different from the struggling unit of April, May, June and July. Garica, Maton, and Graveman were added at the trade deadline. It’s taken some time, but Baker has a feel for how to best use all three, and that showed on Friday.

“That's one of the difficulties when you make multi-player trades,” Baker said. “You have to know where to put (the players). You have to know where they will most likely succeed. Are they better at clean innings, or who is the best guys for runners inherited. That's why we went to Yimi (in the third). That's why I went to Yimi the other day because he is one of the best guys that we have at not giving up the runs that are out there for somebody else.”

Lance McCullers Jr is the lone Astros starter to complete five innings in a start during this postseason, and he’s unavailable for the American League Championship Series. At some point Correa and his teammates will need a starter to provide some length, but until that happens they know they have quality and quantity coming out of the bullpen.

“The guys are very confident. They're working every single day. They're doing their own scouting reports. (Martin Maldonado) is on top of everything, so I have a lot of trust in those guys.”