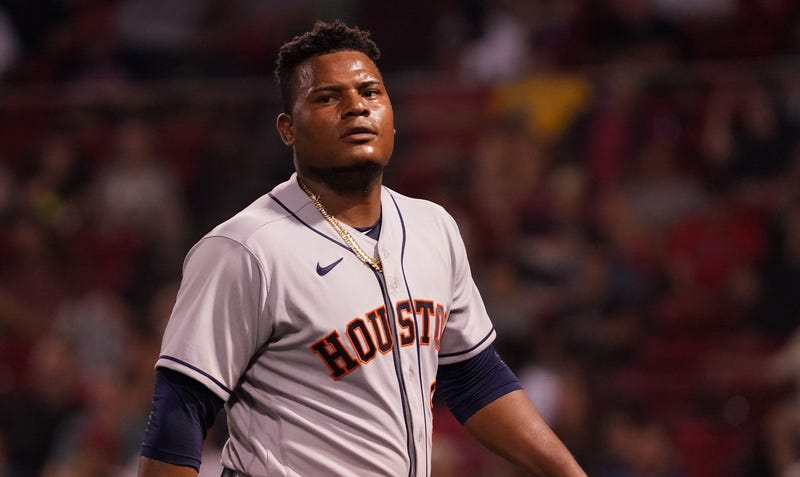 In just his third start of the 2021 season, Framber Valdez walked into Fenway Park on Tuesday night and shutdown the Boston Red Sox for the second time in less than a week.

Six days after holding the team with the fourth most runs scored in baseball to just one over seven innings, Valdez did it again, but this time in 7.1 frames.

The Astros lefty struck out eight Red Sox on Tuesday, all of them were right-handed hitters and he put all eight away with the same pitch: His curveball.

Framber Valdez possessing a nasty curveball isn’t so sort of revelation, we’ve know about it for years, but so far this season he’s adjusted how often he's throwing that pitcher and where he’s throwing it. 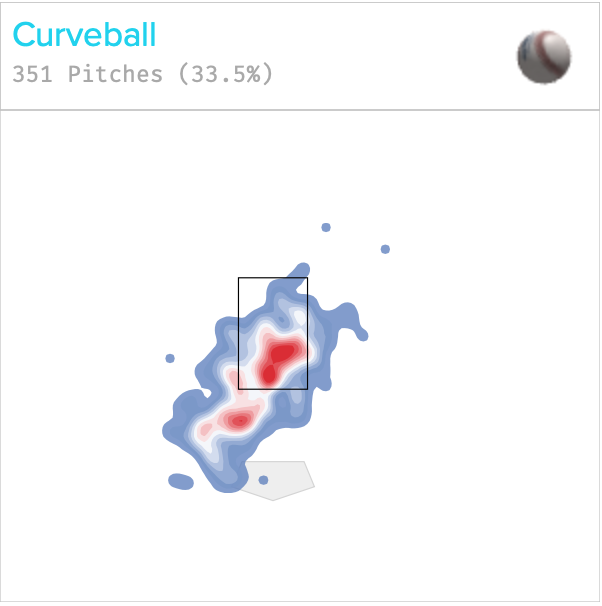 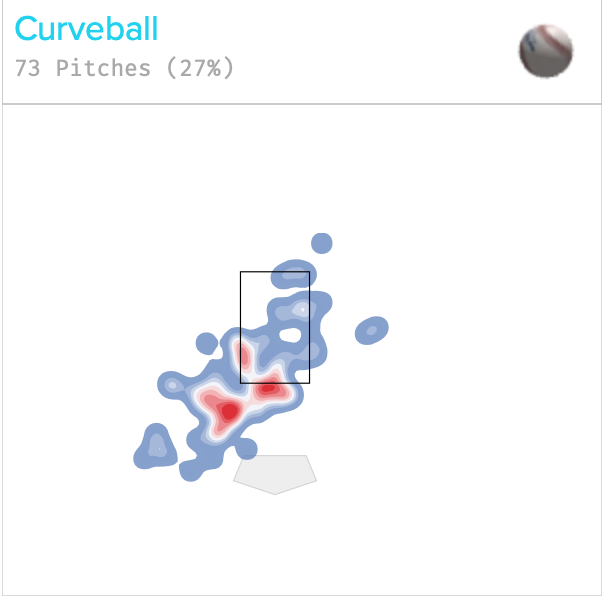 The first image is from 2020, while the second is from 2021, and a chart of all eight strikeouts from Tuesday night emphasizes the point. 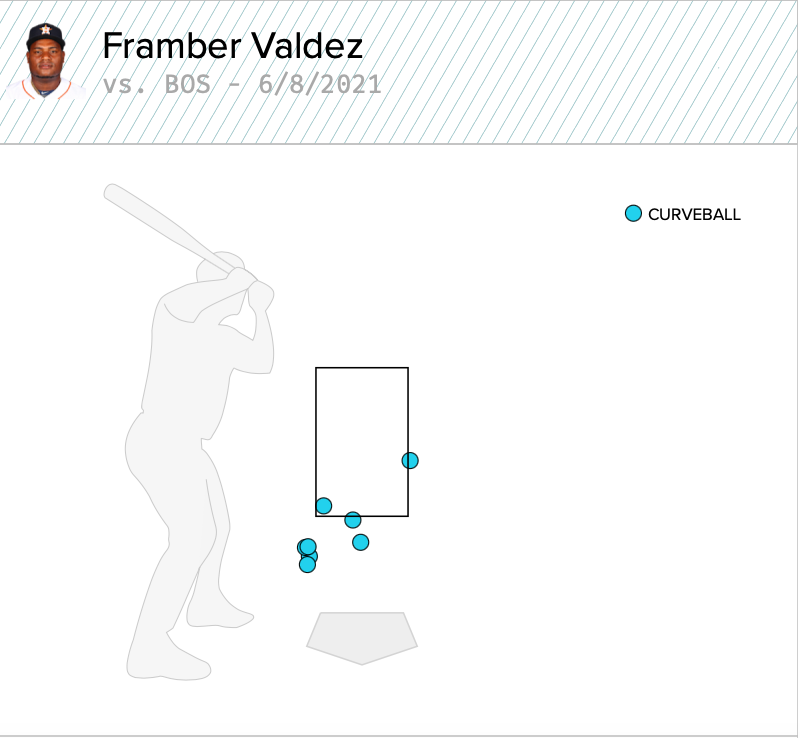 Valdez admitted he has changed his curveball usage and explained why.

"I think I used to throw it a little bit more outside that would break over the middle (of the plate), and I've thrown some more that have broke from the middle in, so I've been working on moving around to different zones and just working on throwing in the best places that are going to give me the best results."

The only called third strike Valdez got on Tuesday night was the lone curveball he went outside with, yet only two of his other strikeouts were on pitches in the zone, so how did he get hitters to chase it?

"Out of the hand, when he throws it doesn't look like a curveball," Correa said. "It has a sinker spin, and then when you make your decision and you swing at that curveball in the dirt, it's just too late. It's a late break."

Opposing hitters are 1-for-33 with 22 strikeouts when they get to strike two against Valdez this season, so when he's ahead in the count the way he was on Tuesday night, the opposition seemingly has little chance.

"When you're in two strikes, you're trying to protect the strike zone," Correa said. "But the sinker starts where the curveball starts and then one goes down and the other one stays in the zone just a little bit.

"The guy has it. They guy has the two nasty pitches, three now with the changeup, so you gotta pick your poison, either look for fastball or look for curveball, but if you're in between it's gonna be really hard."

Through three starts this season Framber Valdez is only throwing his curveball 27 percent of the time, but where he's throwing it has been more impactful to its frequency.