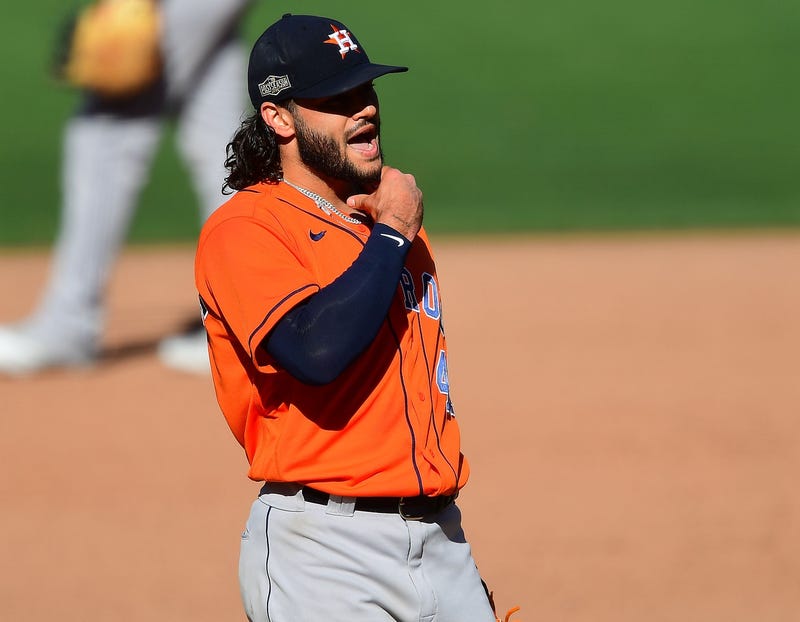 When Lance McCullers spoke to reporters Friday afternoon he didn’t know if he would get a chance to start a seventh game of the American League Championship Series, but he hoped for the best.

McCullers’ prayers were answered Friday night after the Astros beat the Rays 7-4 in game six, so almost two years after undergoing Tommy John Surgery, McCullers will get the ball for game seven.

“We have the right guy,” Astros catcher Martin Maldonado said. “Been there before, pitching the seventh game of the World Series.”

Pitching on short rest, McCullers retired seven hitters that night at Dodger Stadium without allowing a run, before Charlie Morton closed out the Astros first World Series title. 10 days earlier, the two righties combined to record all 27 outs of the Astros game seven win over the New York Yankees. McCullers will square off against Morton Saturday night.

“Charlie is obviously a great friend of mine,” McCullers said. I saw him walking by when I was playing catch, we kind of both gave each other a little wave. Chuck and I are both pitching, but it's not so much me versus Charlie as it is the hitters versus Charlie.”

“If we do pitch tomorrow, as much as I love him, hopefully the W's flip,” McCullers said.