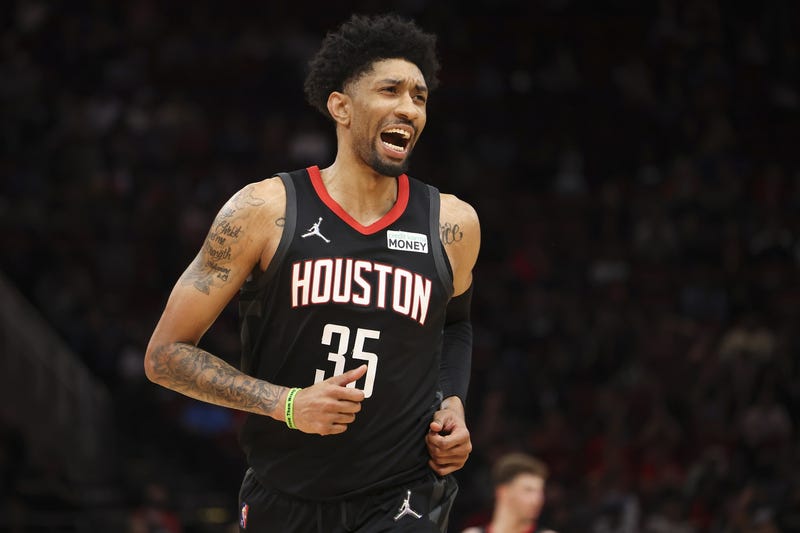 HOUSTON (SportsRadio 610)- With his contract set to expire after next season, Rockets center Christian Wood said Wednesday he and the team have "had a talk" about a contract extension.

Wood spoke to reporters before throwing out the first pitch prior to Wednesday's game between the Astros and Seattle Mariners. The Rockets center has spent the balance of the offseason in Los Angeles, but returned to Houston to be around his teammates, though he said Jalen Green, Kevin Porter Jr, Jae'Sean Tate, K.J. Martin, and Josh Christopher have been with him for stretches in the two months since the season ended.

The 26-year old has averaged 19 points and 10 rebounds per game in two seasons with the Rockets, but the team has finished with the NBA's worst record in each season. When asked if he wants to remain in Houston, Wood said he just wants to win.

"I haven’t been to the playoffs yet in my career," he said. "That’s what I’m focused on.”

Wood is slated to make $14.3 million next season, which is the final year of the three-year, $41 million he signed with the Rockets in November, 2020. The maximum extension he can sign this summer is four-years, $77 million.