The explosive Ty Lawson was supposed to be a big piece for the Rockets, seeing as he averaged 16.4 points and 8.0 assists for the Nuggets over the four seasons prior to the trade. That's some "point guard of the future" type of stuff, and the Rockets pursued him accordingly, surrendering a number of assets in order to complete the deal.

It's safe to say that it didn't work out. Amid some off-court issues, Lawson averaged 5.8 points In 53 games with the Rockets, moving to the bench early on in his stint and eventually getting waived in March. Though he bounced around with a couple of other teams, his NBA career ended abruptly, and Houston seemed to be the unlucky starting point of that downfall.

But just because Lawson's stint wasn't good doesn't mean it was forgettable. In fact, Rockets fans probably (and unfortunately) remember it very well for just how much of a failure it was. However, the five names that you'll see below on this list made a little less of an imprint — positive or negative — in Houston, despite the fact that they were very, very good players at their peaks. 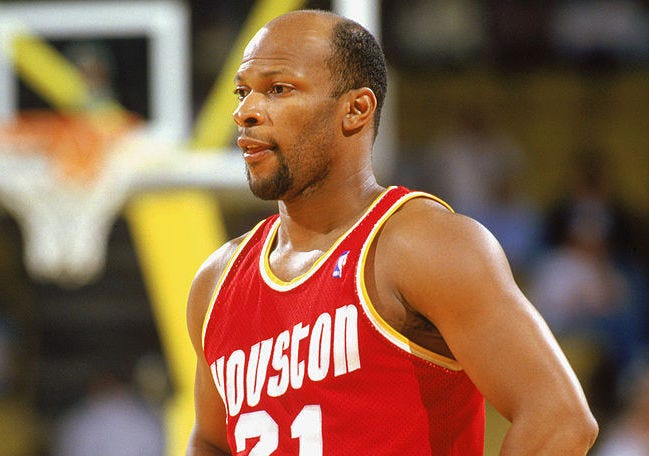 The Rockets' iteration of World B. Free was no longer the automatic scorer from his early days. Photo credit (Rick Stewart/Getty Images)

But he couldn't score too well when the Rockets had him in the 1987-88 season in which he played 58 games and scored just 6.4 points per contest. However, when you factor in that he was only playing 11 minutes on average, those scoring numbers weren't all that bad (19.7 points per 36 minutes). That would be the final year of Free's career. 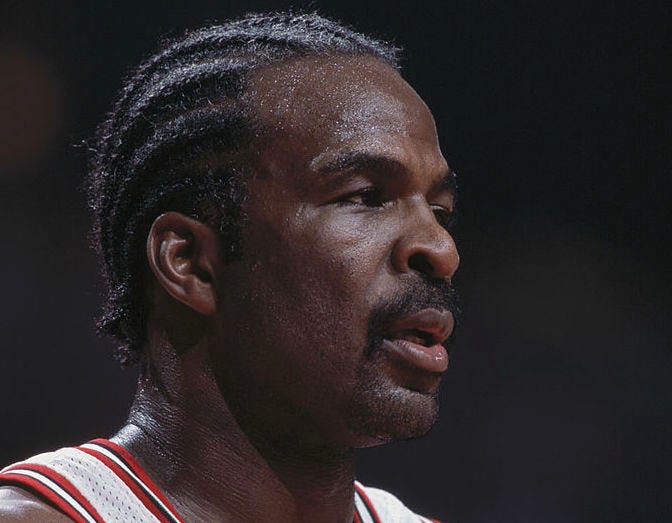 Old man Oakley was 40 years old when he played in seven games for the Rockets, signing a 10-day contract with the team before ultimately calling it a career. He averaged 1.3 points in 3.6 minutes per contest, and that's all you need to know in order to understand just how small a role he played in that brief stint at the very end of his playing days.

Oakley played against the Rockets nearly five times more than he played for them, averaging 8.9 points and 9.0 rebounds per game against Houston in 32 contests. Seven of those games, memorably, came in the 1994 NBA Finals when Oakley was on the Knicks. Oakley played well, averaging 11.0 points and 11.9 rebounds over the series, but it wasn't quite enough to slow down Olajuwon and company.