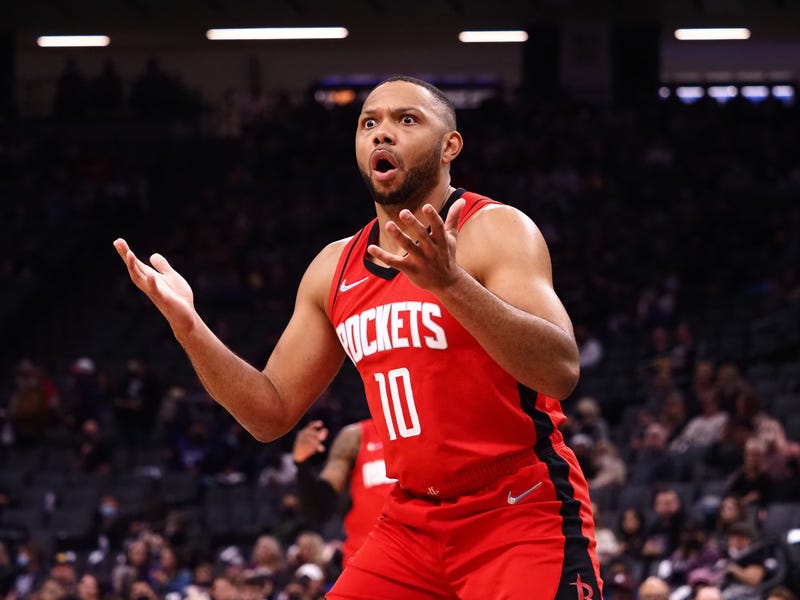 HOUSTON (SportsRadio 610)- K.J. Martin was seven years old when Eric Gordon broke into the NBA in 2008. The second game of his NBA career actually came against Martin’s father, Kenyon, so seeing Gordon play at a high level almost 14 years later is having an impact on the younger Martin.

“Obviously, he’s one of the best three-point shooters in the league,” Martin said Tuesday. “Just seeing him do his work every day and then going to the game and provide for us and do a lot for us helps us a lot.”

Gordon is enjoying a renaissance this season following two subpar years hampered by a myriad of injuries. He is shooting 50.5 percent from the field and 45.5 percent from behind the three-point line. After playing 36 and  27 games the last two campaigns, Gordon has already played in 38 games this season and has not had to miss consecutive games.

“I’ve been feeling really good this year,” Gordon said. “I want to continue playing this way and being this way, staying healthy and being on the court as much as possible.”

The Rockets started the season with Gordon returning to his role as a sixth man, but injuries to Jalen Green and Kevin Porter Jr put him back in the starting five, and with Green and Porter now healthy he has stayed there, and Rockets head coach Stephen Silas says he doesn’t plan on taking him out.

“He settles us down,” Silas said. “He has know-how. He can guard primary scorers, and his shooting is huge, especially for that group, but our team as a whole, so you want your best players on the floor.”

How long Gordon stays on the floor for Silas’ team is the question. He’s 33-years old and in a very different stage of his career than most of his teammates, and with the trade deadline just three weeks away he should be in demand by teams in need of guard help. Knowing everything is out of his control, Gordon says he’s just focused on his play and how he can help his current team.

“I’m not even thinking or worried about that,” he said. “Things happen, get traded or not, you still got to play the game of basketball. Fortunately, I've been here for going on six years now, and it's been really good. I know the situation I'm in, and so I just continue to play my game and look forward to continue to vibe with the guys.”

Gordon’s contract is guaranteed for next season at $19.6 million and he has an option for the 2023-24 season for $20.9 million that vests if he wins a championship or makes an all star team in the next two seasons.