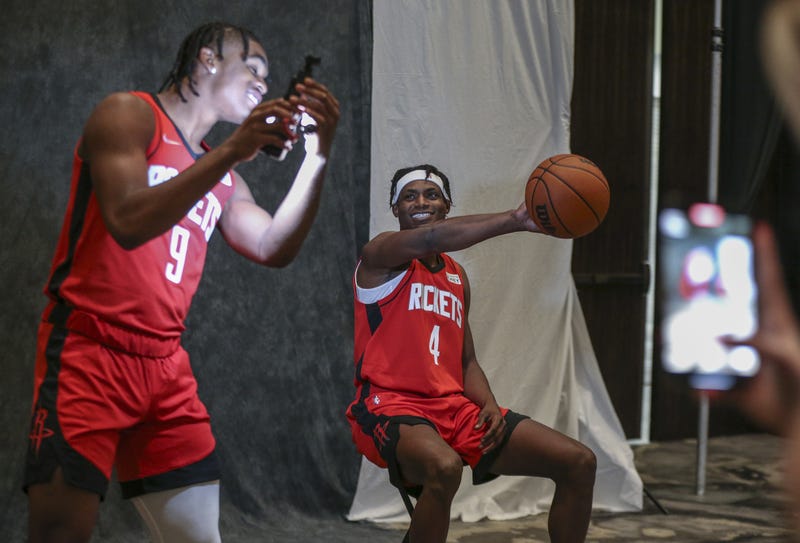 HOUSTON (SportsRadio 610)- After a week's worth of practices in Galveston, the Rockets returned to Toyota Center on Monday, a day before taking the floor for their preseason opener against the Washington Wizards.

"I'm really excited," Rockets forward Danuel House Jr. said. "It's a fun time of year for everybody that loves the game of basketball. It's gonna be really exciting, a lot of energy for good things to come."

House, who is no stranger to NBA training camps, called the scrimmage portion of Rockets training camp practices "competitive" and that gives him a good feeling for what to expect this season.

"Guys just want to win," he said. "No matter what team they're on they just try to play hard to win, and that's what makes practice so fun and so interesting because competition is hot."

Tuesday's game against the Wizards carries very little meaning. It won't matter in the standings and every player who is likely to see the floor has a spot on the opening night roster locked up, but Rockets guard Eric Gordon says he will approach it like any other regular season game.

As he enters his 14th NBA season, Gordon says the key for him during the Rockets four scheduled preseason games is to build up his minutes. He will go through his normal pregame routine, where he is always the last Rocket to take the floor, but Rockets head coach Stephen Silas says his team's rookies will need to establish their own routine.

"For younger guys, it's harder to get a routine," he said. "When are you going to eat? How long is your nap going to be? What time do you get to the arena? Who are you working out with? How long are you going to work out for? When are you going on the court before the game? All of those things are new for these guys, so setting routines sometimes takes a little while and tomorrow will be the first day."

Silas says he plans on playing 11 guys tomorrow against the Wizards, maybe 12, but everything will be kept simple.

"I would say our playbook is going to be pretty slim tomorrow night, just because I haven't put in a bunch (of plays) but I want them to get comfortable playing with each other and having a bunch of play calls to me doesn't promote that, so I'd rather have the pace and space, then having little triggers that they can go to, that they know well is more important to me than having a bunch of plays."

After Tuesday's preseason opener, the Rockets will host the Miami Heat on Thursday before closing out their exhibition schedule in Toronto and San Antonio next week.