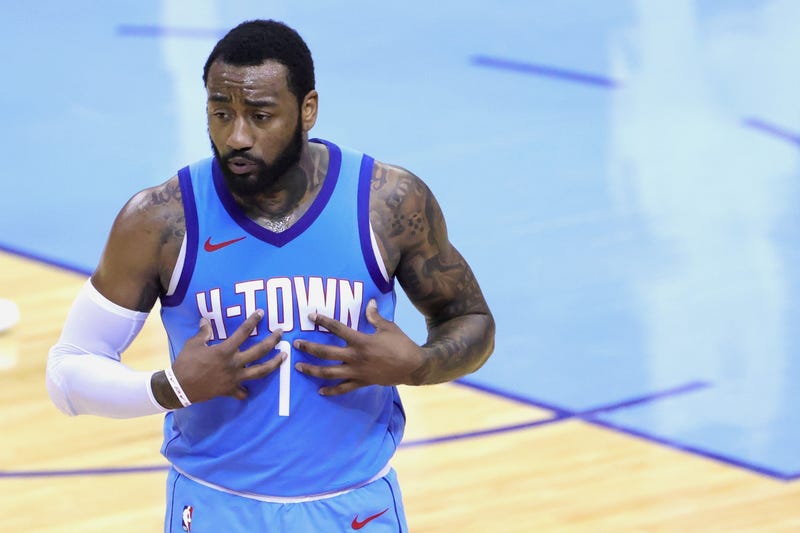 HOUSTON (SportsRadio 610)- The day after he was acquired in a trade from the Washington Wizards, John Wall and Rockets general manager Rafael Stone sat down at the Post Oak Hotel and talked for hours over a glass of wine.

“We got kicked out of like two bars because we weren't dressed appropriately,” Stone recalled.

The two men didn’t know each other then, so that day opened a line of communication between the two that has remained open ever since.

Almost 10 months after that initial conversation, Stone and Wall sat together in a ballroom at the Post Oak Hotel in front of a group of reporters and explained why the five-time all-star would remain part of the Rockets, but not play for them again.

“We just all come together to feel like it was the best decision for both parties to decide to make that decision,” Wall said. “It wasn’t easy, it was tough.”

Of the 10 players who spoke on media day, Wall was the only one not wearing a Rockets jersey or shirt, instead opting for a blue-green Nike sweat suit. He insists he won’t be an absent member of the group. He’ll travel with the team, while attending each practice and game.

“My job here is to be a mentor via leadership, try to teach these young guys how the NBA goes and be a support system throughout the whole season.”

After missing almost two full years due to a torn achilles, Wall returned to the floor and played in 40 games with the Rockets last season, averaging close to 21 points and seven assists per game. He was unable to play final 12 games of the season, but Stone said he gave them more than was expected.

“The plan last year was he wasn't supposed to play back-to-backs, and then I'm looking up one day and like ‘hey we played last night, right? Why is John on the court?’ which I appreciate.”

Wall played both games of a back-to-back on three occasions last season, but now Stone’s job is to find him a new home. He says the team isn’t interested in a buyout at this time because he doesn’t believe it makes sense for either side, but with two-years and $92 million remaining on his contract. Stone praised Wall’s ability, but he knows finding a trade partner will be tough.

“John Wall is a basketball player who would make every single team in the NBA better, and there's not a doubt in my mind about that nor in the other GMs. There’s a whole lot of stuff that goes into constructing rosters and making everything work that has nothing to do with how good you are. No one questions how good John is.”

The 31-year old says he’s healthy and spent the offseason working on every aspect of his game and changing his diet.