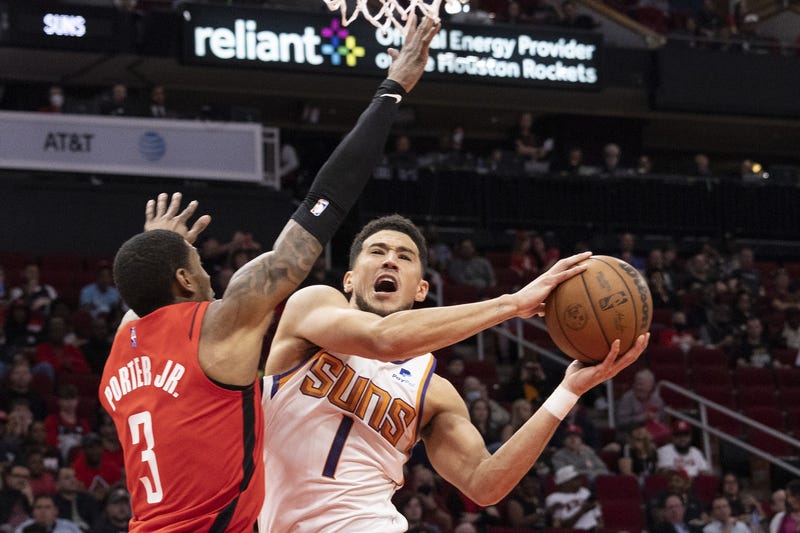 HOUSTON (SportsRadio 610)- The Rockets were an elite offensive team during the height of the James Harden era, but becoming a stout defensive team is what made them a championship contender, so fixing a porous defense is paramount for this iteration of the team.

“Honestly, you can score 100 points, if you give up 120 it doesn't really matter,” Rockets guard Kevin Porter Jr said Monday.

A season ago, the Rockets offense ranked 26th in efficiency, scoring 108.1 points per 100 possessions, but defensively, they were an absolute mess, allowing a league-worst 116.4 points per 100 possessions, the NBA’s third worst mark since it started tracking the stat in 1996. Using the Kevin Durant led Brooklyn Nets as an example, Porter noted you can’t win big if you don’t defend.

“They had so much star power, but their defense wasn't as good and it didn't take them that far,” Porter said. “We want to be a defensive team first.”

As the Rockets starting point guard and one of the few players on the team with more than two seasons of NBA experience, Porter is putting the responsibility of improving the team’s defense on his shoulders, and he says better defense will only enhance the Rockets offense.

“We don't want to be a half court team. If you don't gotta run plays, why run ‘em? If you can steal the ball every time, throw that thing long and get a layup? Why not?”

Porter is going into his second full season as the Rockets point guard. As he continues to learn the position, he’s expected to be joined in the starting lineup by two second year players, Jalen Green and Alperen Sengun, as well rookie Jabari Smith Jr. With experience and continuity lacking turning defense into offense could be the best way to generate easy offense, at least early in the season.

“We just want to make it as simple as possible on the offense end,” Porter said. “But it starts defense, and we want to go far, so we need to be a good defensive team.”